Changing the Face of Golf: #HoodieForGolf

Changing the Face of Golf: #HoodieForGolf

If you were on social media last week, you might have seen the buzz around the new #HoodieForGolf.

But good news, more are coming.

The LPGA’s goal is for golf to reflect the rich diversity of the world in which we live. The #HoodieForGolf is the centerpiece of a player-led campaign to raise funds for two important initiatives honoring Renee Powell. Similar to how the idea for last year’s Race Fore Unity – which led to the creation of the LPGA Renee Powell Fund – came out of a group chat with LPGA players, the LPGA hoodie was born from a text conversation.

“I’m a big fan of the WNBA hoodie and how the NBA players embraced it,” said Wie West in one text. “I think the reason the WNBA hoodie was a success was that the color was iconic, and it signified your support of the league. It was a badge of honor to wear it.”

“I like that it’s a hoodie – reinforcing the WNBA’s message and women supporting women,” replied Bowman. “To make this true to the LPGA, what about a charitable component?”

For more than 70 years, the LPGA has been working to change the face of golf. All LPGA proceeds from the sale of this limited-edition hoodie will go towards continuing that mission through the LPGA Renee Powell Fund and the Clearview Legacy Foundation. 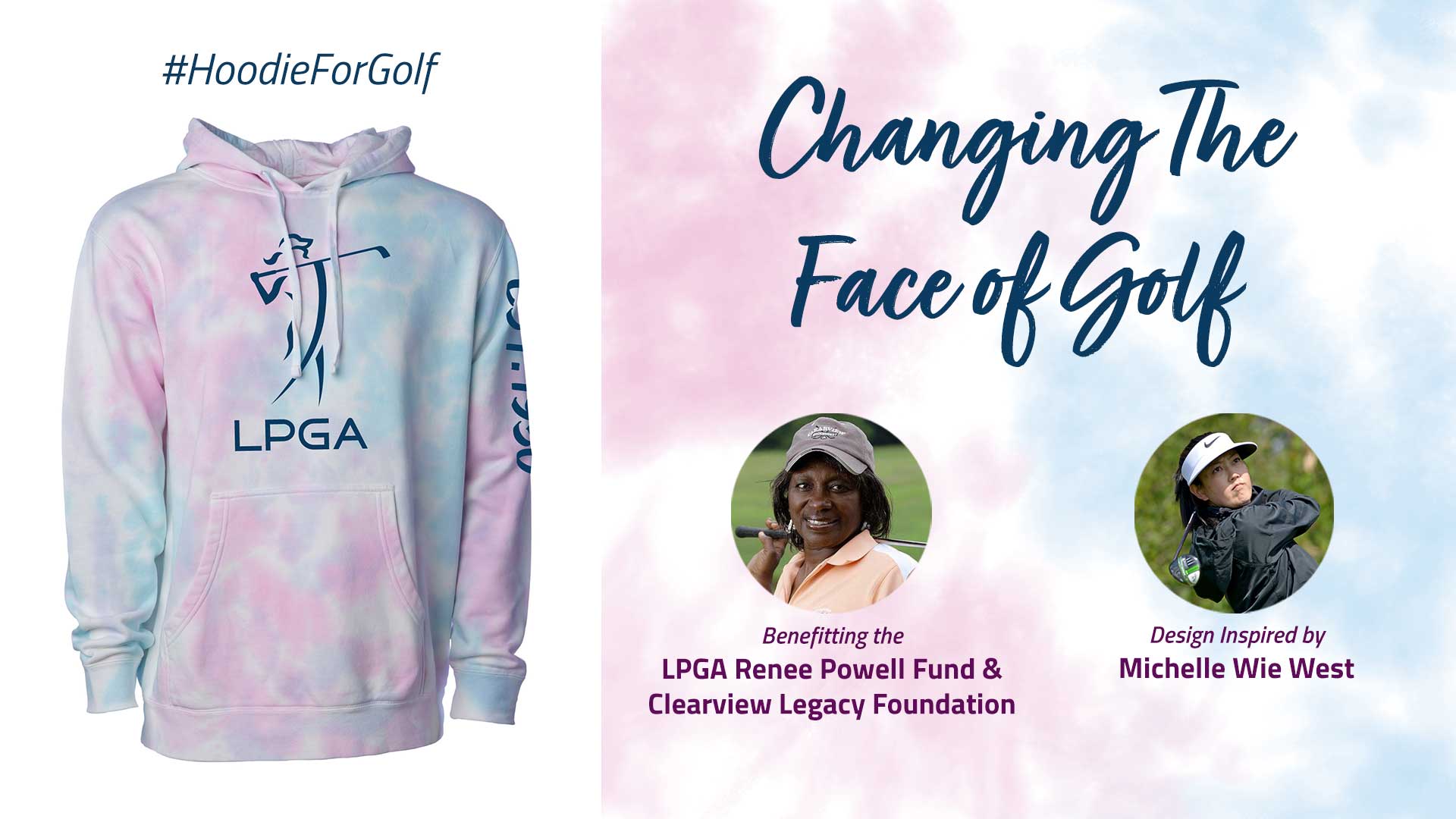 When Renee Powell’s father, Bill Powell, encountered racial discrimination on the golf course after returning home from World War II, he decided to build his own course where everyone would be welcome. In 1946, he established Clearview Golf Club in East Canton, Ohio. His daughter Renee, the second Black player on the LPGA Tour, has dedicated her career to increasing diversity in golf and is currently head professional at Clearview – the only course designed, built, owned, and operated by an African American. In honor of its 75th year, the Clearview Legacy Foundation started a campaign to endow Clearview and preserve its important role in history.

“To me, it is so important to blend history with the future and that is exactly what the #HoodieForGolf does,” said Powell. “The #HoodieForGolf benefits the Clearview Legacy Foundation that includes Clearview Golf Course, which is celebrating its 75th anniversary, and the LPGA Renee Powell Fund which gives all girls the opportunity to be included and is changing the future face of golf.”

“I am not only honored, but more than proud to be a change factor in what this game looks like,” added Powell. “Only when little girls see someone that looks like them will they feel confident and comfortable to jump in and try something different.”

“We created this hoodie with two goals in mind,” added Wie West. “One, to elevate the visibility of women’s sports and the LPGA, and two, to raise funds for two important charities that are working to change the face of golf and increase participation and representation of girls of color.”

HOW YOU CAN HELP:

As Bowman said in the text exchange, “Nothing says ‘changing the face of golf’ like a cotton-candy tie-dyed hoodie.”

We expect high demand for the hoodie and thank you for your patience. 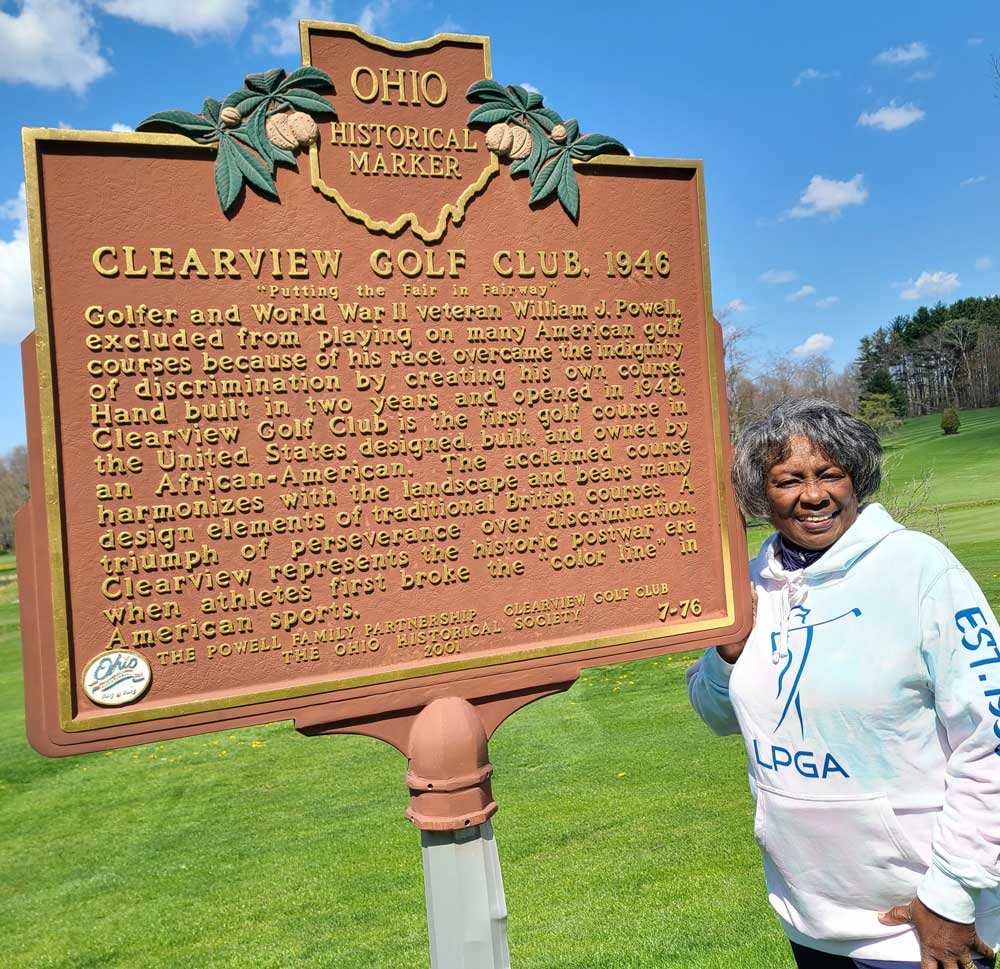