In a match-up for formidable match-play competitors, local favorite Danielle Kang survived a late charge from Bronte Law, winning the final two holes for a 2-up victory. Kang, who has yet to trail at any point this week, held a 2-up lead through 11 holes, but bogeyed No. 12 to drop to 1 up. Law tied the match with a birdie at No. 14 but handed the lead back to Kang with a bogey at No. 17. Kang then reached the difficult par-5 18th in two and took the victory with a two-putt birdie.

“We both played pretty well on the front nine. She definitely outplayed me in the back nine, but I just think I got away with a lot of things. I technically hit it in the water on 15 and bounced out, and I just told myself, Members bounce,” said Kang. “I just told myself that's the momentum shift, because I needed that. I should have lost that hole but ended up tying it. Made a clutch putt there.” 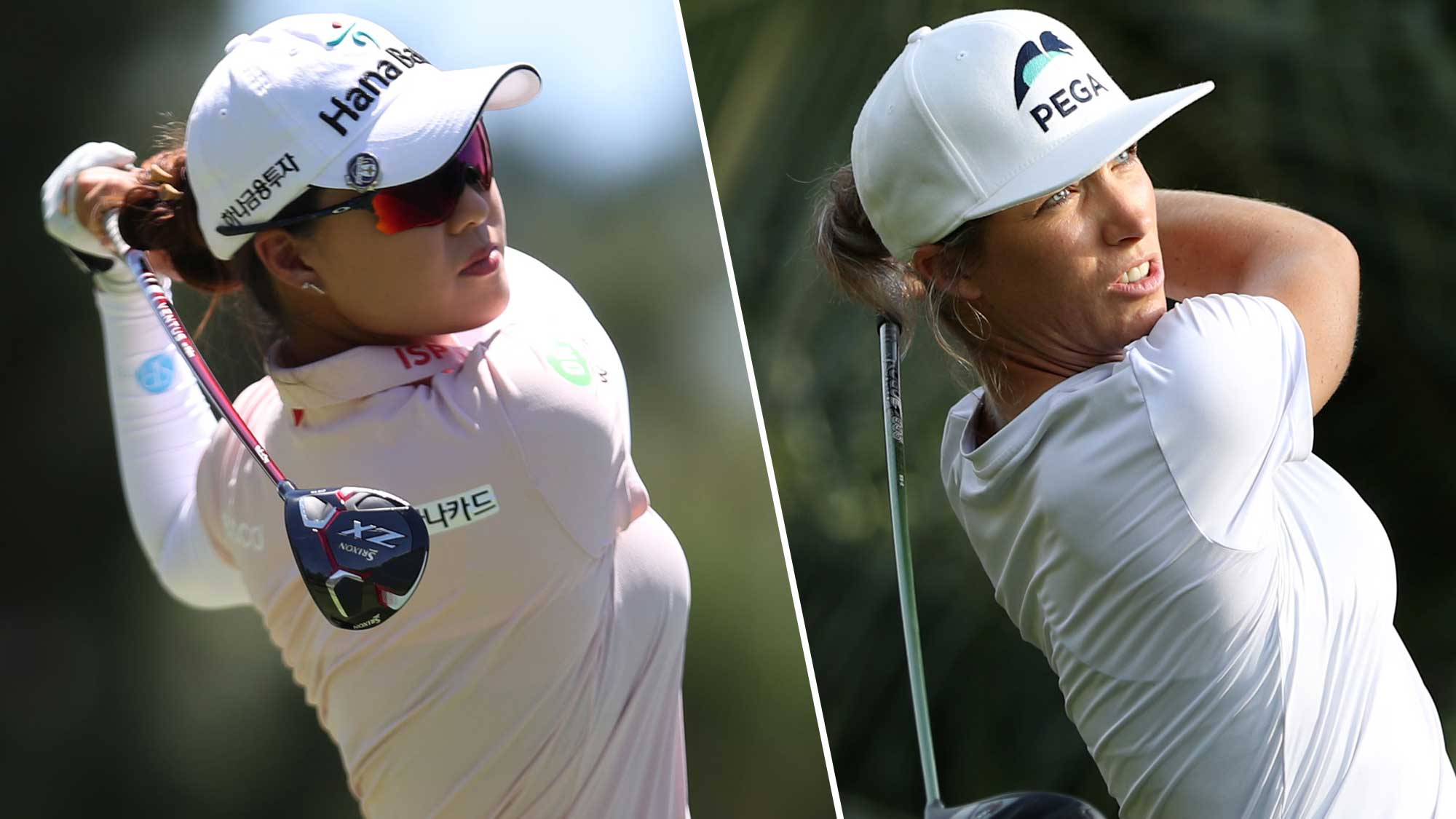 Make it three matches in three days that Minjee Lee hasn’t played beyond the 15th hole. The Australian bested Mel Reid by a 5-and-4 final on Saturday morning to advance to the Bank of Hope LPGA Match-Play Hosted by Shadow Creek quarterfinals. A five-time winner on the LPGA Tour, Lee opened her Round-of 16 match with a birdie and never looked back, winning three more holes with birdies and taking a resounding win over Reid, a formidable match-play opponent.

“I holed a pretty length putt on the first hole, so that was a nice start for me,” said Lee. “Then I made a string of really good par saves, so had the momentum going. I was able to capitalize on my opportunities and just a solid morning.” 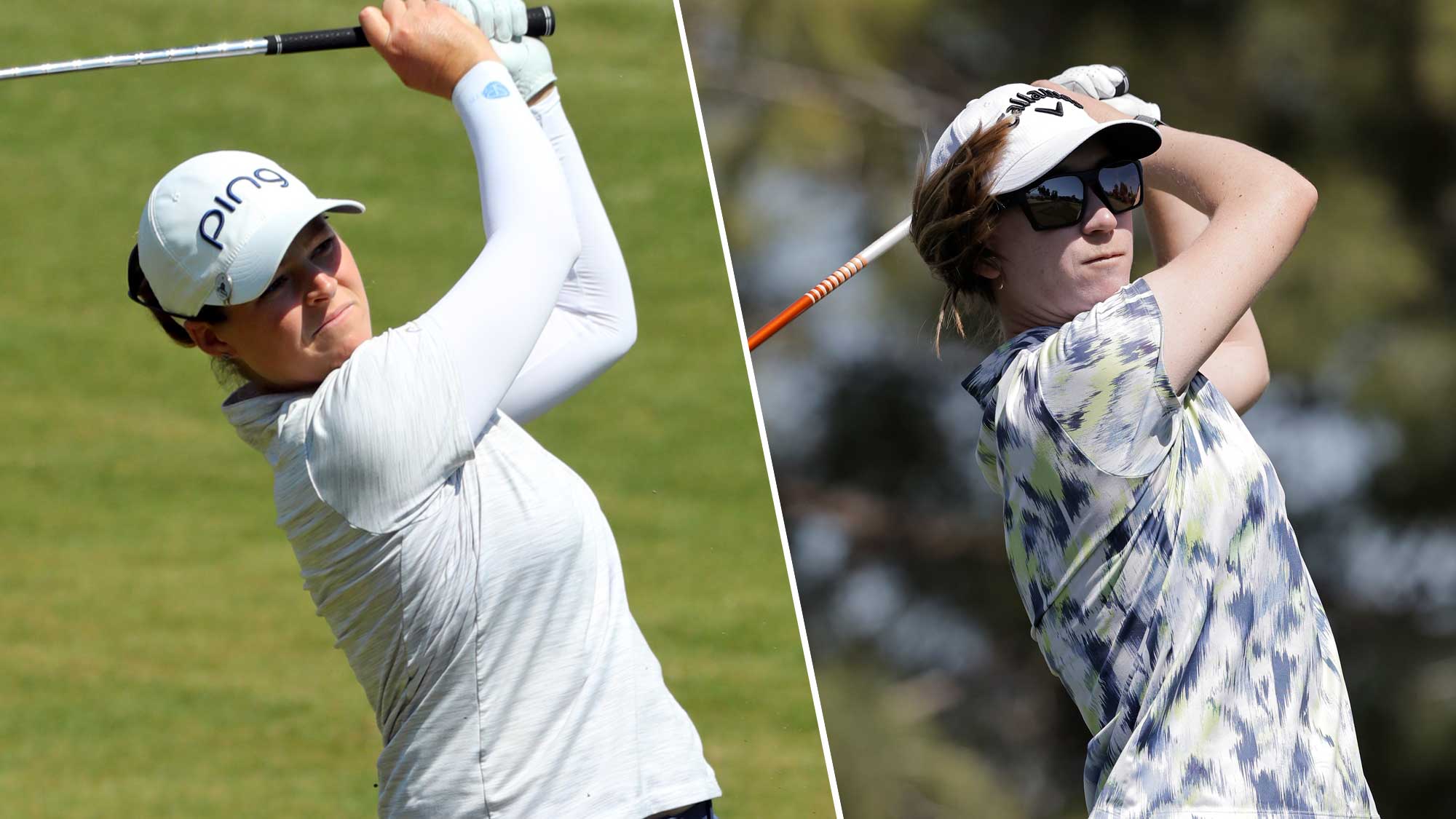 Ally Ewing stepped to the 18th tee trailing by one to Jenny Coleman, knowing that she had to win the hole to force a sudden-death playoff. After taking an aggressive line with driver off the tee, the Mississippi native nestled her birdie putt in to 4 feet and won the hole when Coleman missed her par attempt. On the first playoff hole, Ewing took the win with a par, bringing Coleman’s breakthrough Las Vegas dream week to a close.

“Jenny has obviously been playing great golf. It was a great match. Came down to the end. I had to win hole 18 to even get an extra hole out of it,” said Ewing. “Even though my feet are already feel tired, I'm ready to play more golf.” 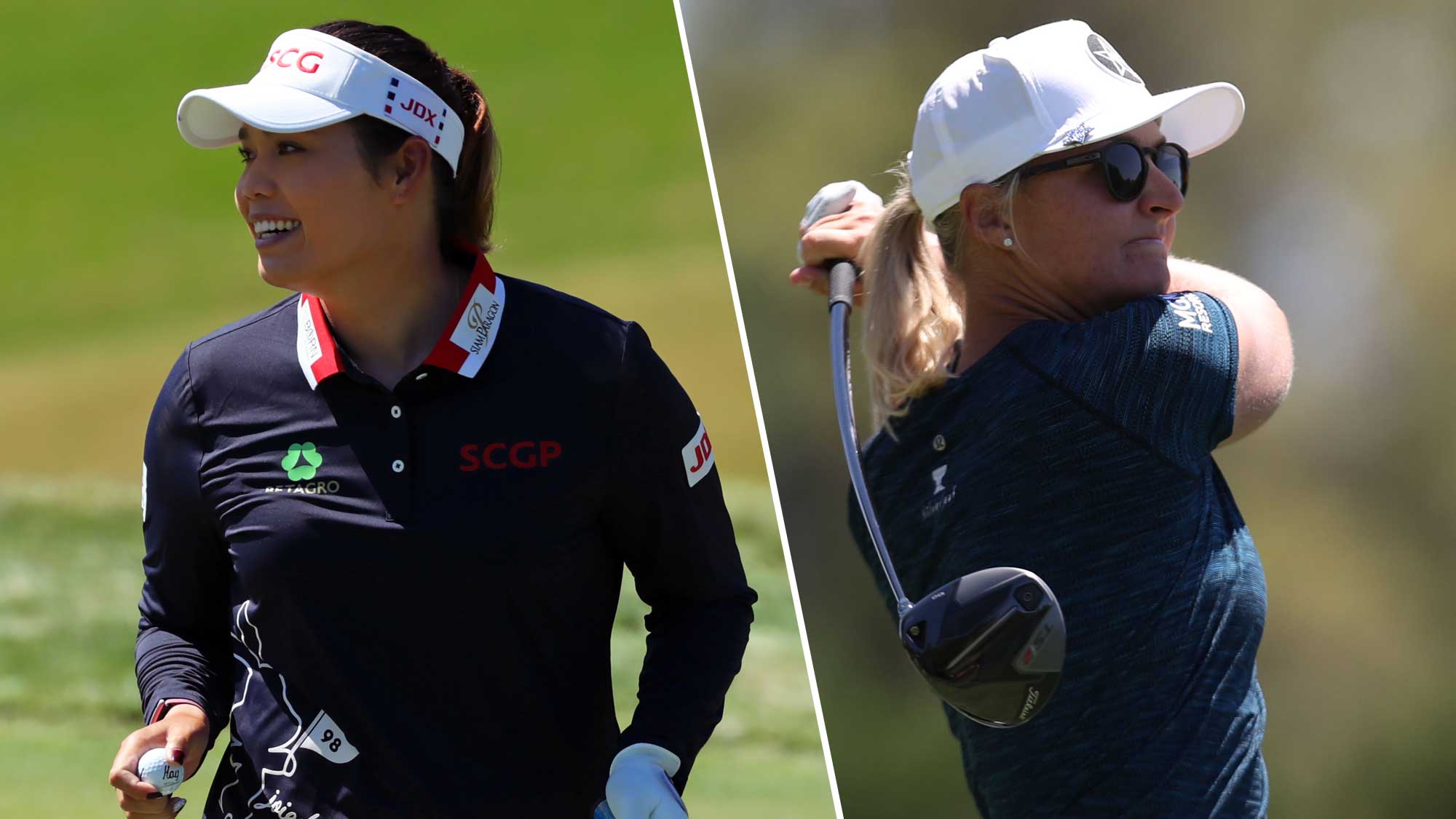 Thai sensation Ariya Jutanugarn remains undefeated at the inaugural Bank of Hope LPGA Match-Play hosted by Shadow Creek. The 2021 Honda LPGA Thailand winner faced an early deficit against Anna Nordqvist when the Swede found par on the par-5 4th. She got it back and then some from holes 6-10, collecting four wins to jump 2 up.

A closing stretch of birdie-eagle-birdie on Nos. 13, 14 and 15 sealed the deal for Jutanugarn.

“No. 4, I hit pretty good tee shot. End up under the tree, so I had to hit out of that and make bogey. It's kind of like okay for me because I miss and after that I start to make some putts, make a few birdies,” said Jutanugarn. “I feel good. A bit tired but feeling good. I'm pretty sure I have to rest more [before the quarterfinals] because I didn't sleep well last night. 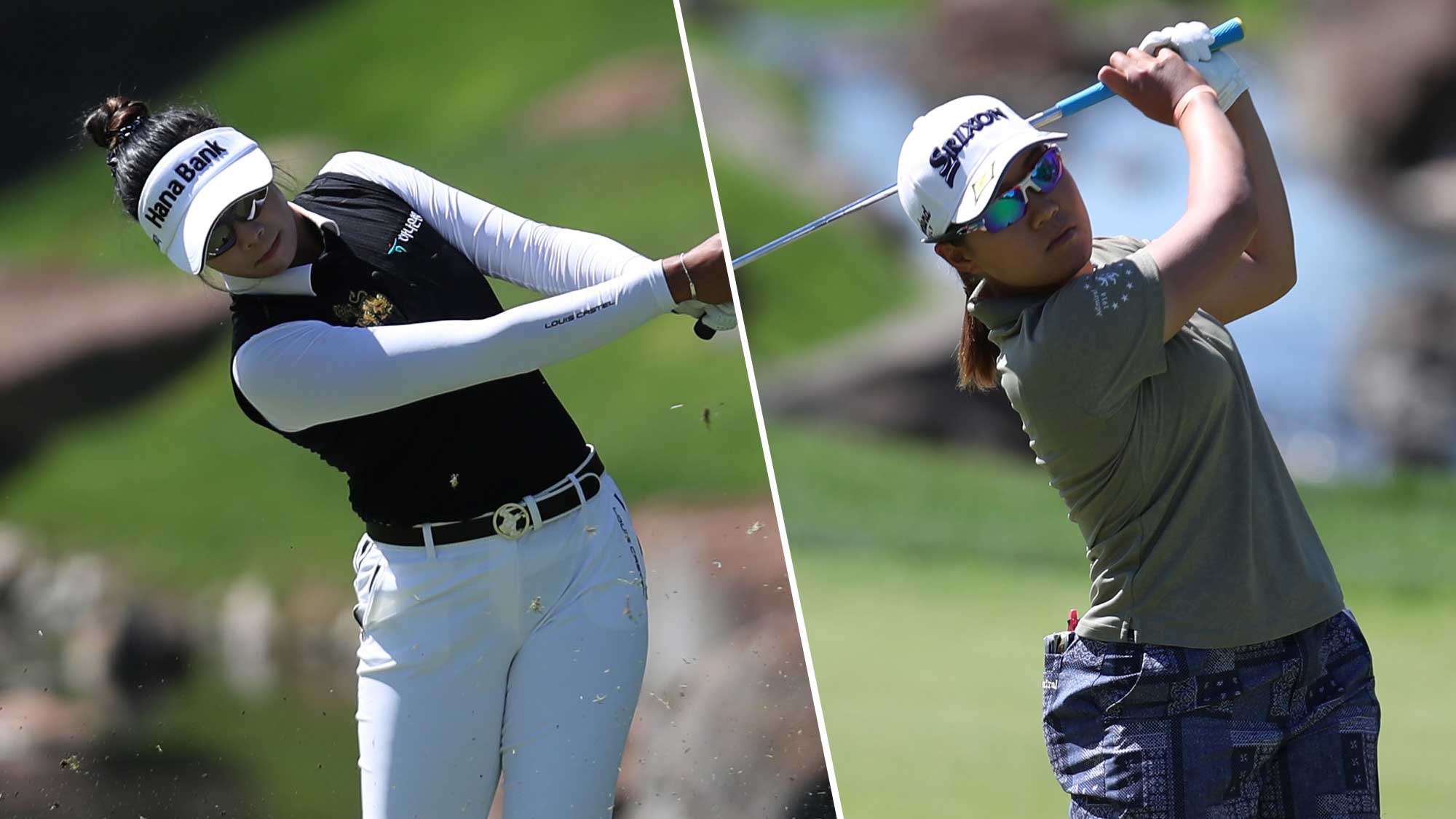 “The first couple days I was struggling with ball striking. You have to hit it good here. I feel like I got adjusted to that pretty well. Just kind of seeing my shot way better the past two rounds,” said Tavatanakit. “If anything, I also read the greens a little better and have the right speed for the appropriate amount of breaks, so that helped a lot for the last two rounds. I was able to make some birdie putts, and I didn't really make much the first two rounds. To be able to have that adjustment and walking into the weekend and playing again today, it's a good feeling.” 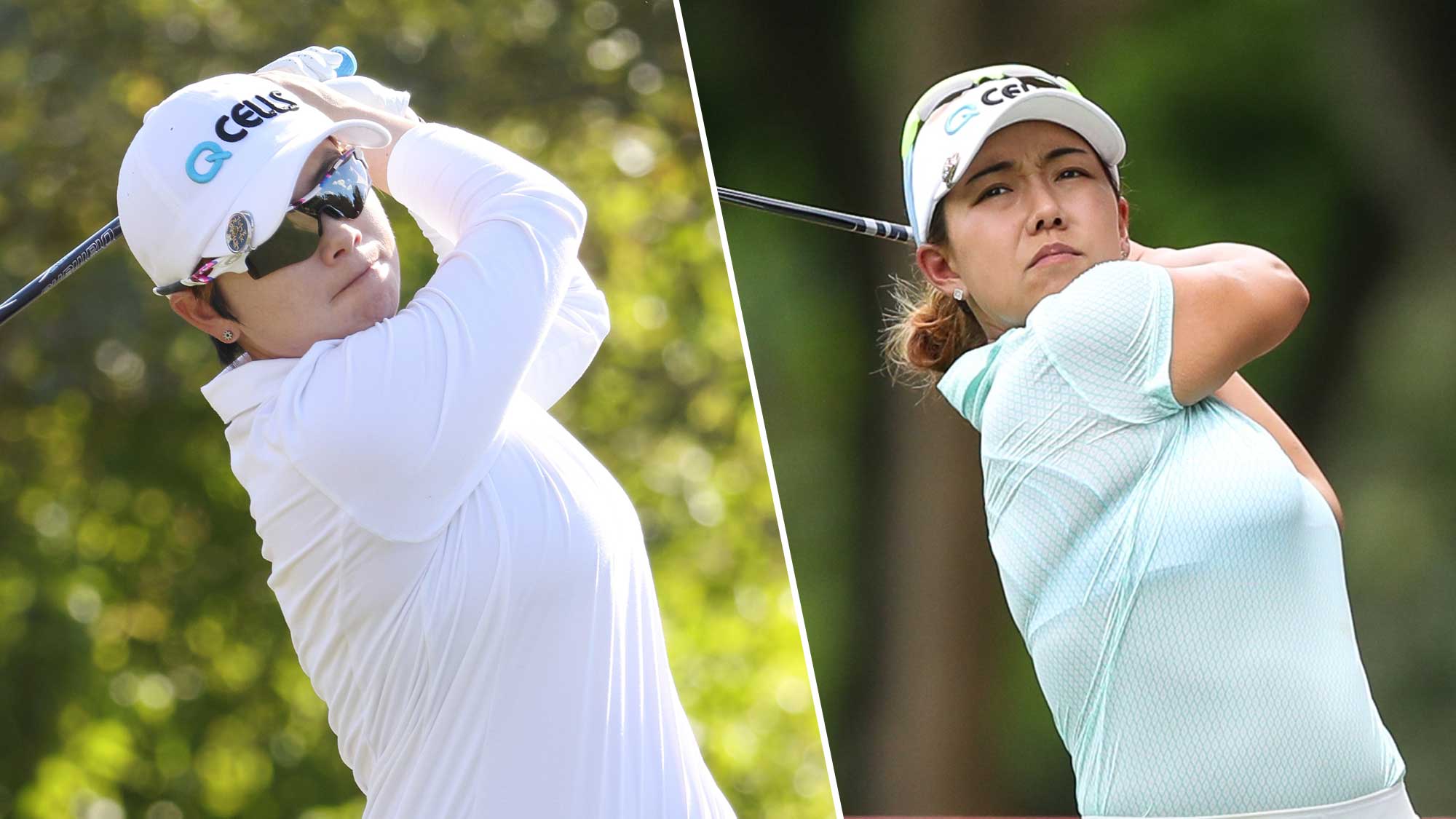 It took 19 holes but Eun-Hee Ji got the job done in the Bank of Hope LPGA Match-Play Hosted by Shadow Creek Round of 16. She defeated Jenny Shin with a par on No. 10, the first hole of a sudden-death playoff.

“I hit it pretty well from the tee shot, so I knew I’m going to hit it well on the hole,” said Ji. “She missed the fairway on the drive, so [I knew] if I make the par I could win. I just kept thinking about that.”

Ji made the turn with a 1-up lead and added to it with par at No. 10. Then starting on No. 12, Shin won four of the next five holes to take a 2-up advantage. A par and birdie on the final two holes by Ji forced extra frames.

“She putted pretty well. I couldn’t make putts on other holes but the last two holes and she missed short putt,” Ji said. “At the last hole, I hit it really great, my third shot onto the green to make it happen.” 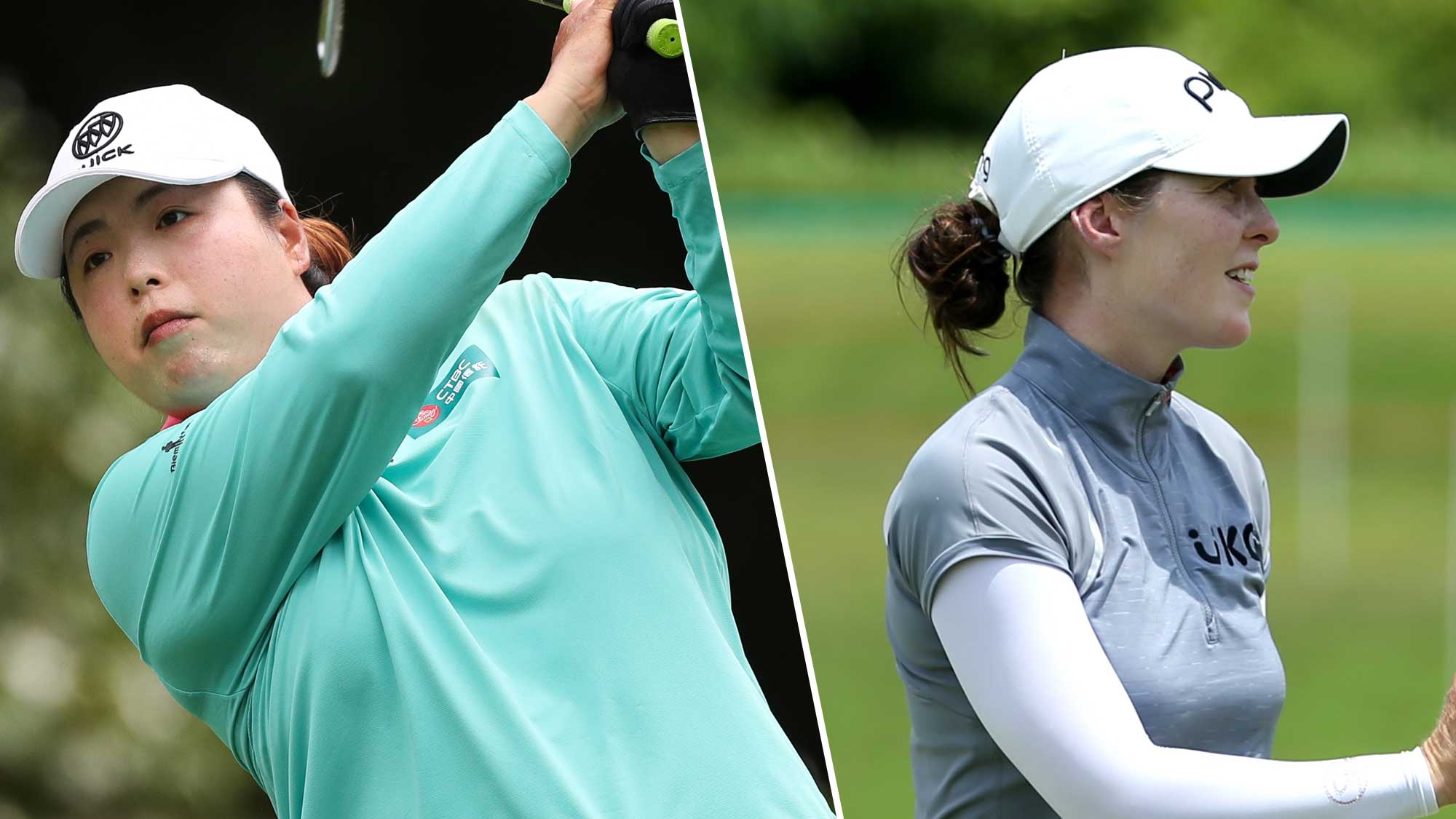 After 18 holes of regulation that saw neither player take more than a 1-up advantage, Shanshan Feng took advantage of a flubbed chip from Brittany Altomare, winning the match on the 22nd hole. Feng led by one for most of the front nine, with Altomare pulling into a tie with a birdie at No. 9 and ahead with par at No. 11. The Virginia native went to the 18th with that 1-up advantage, but her bogey sent the match to extra holes.

After swapping pars on the first three sudden-death holes, Altomare mishit a chip from the rough at the par-3 13th, giving Feng the marathon victory.

“I think that was my best round out of the first rounds, to be honest,” said Feng. “Brittany was a very good competitor and also is playing partner in the group, and we really had fun and both played really well. I was just a little more lucky at the end.” 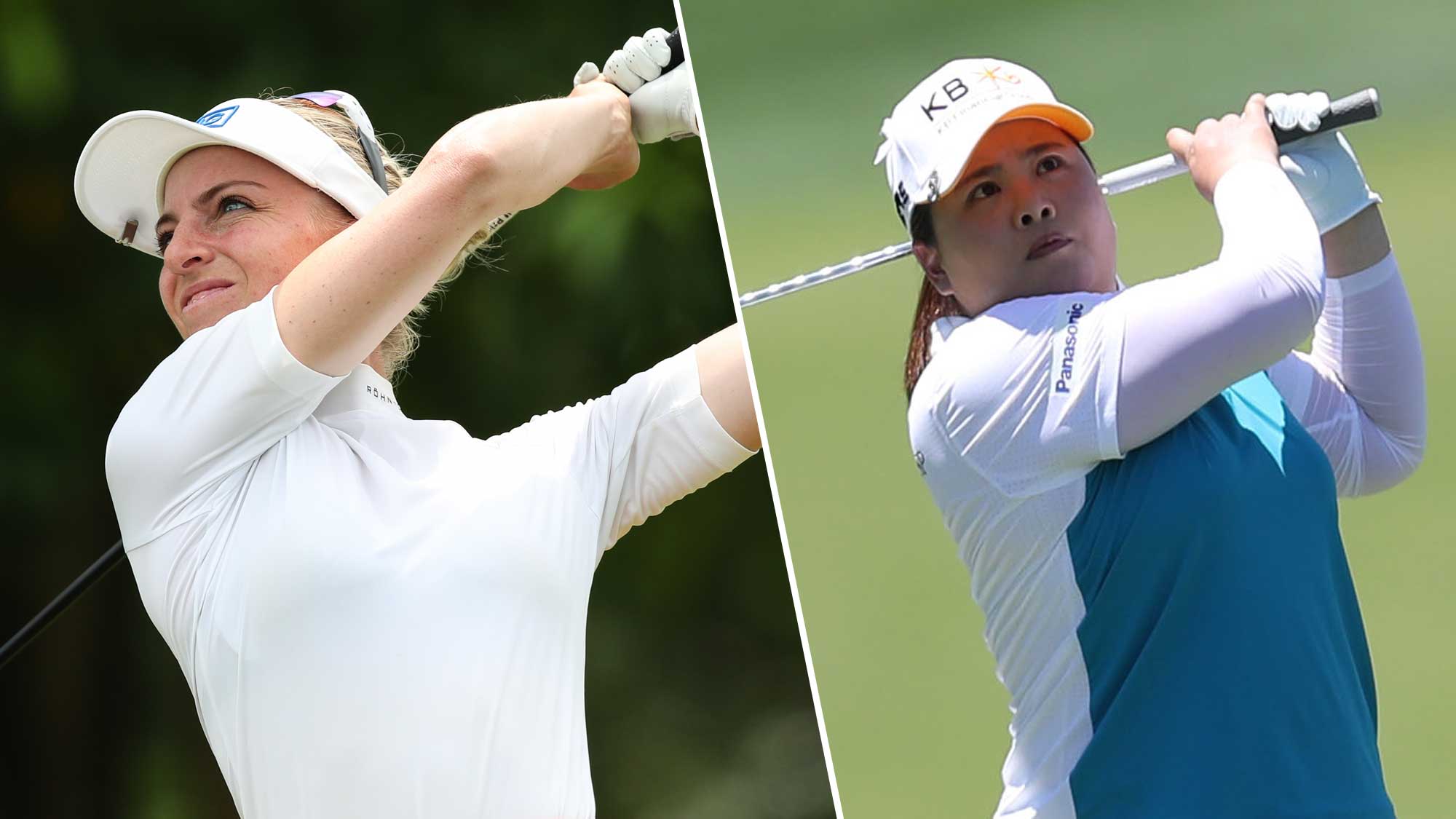 Sophia Popov and Inbee Park have competed in the same group at several events this year, most recently in the second round of the 2021 HSBC Women’s World Championship. Park got the best of Popov before but at the Bank of Hope LPGA Match-Play Hosted by Shadow Creek, it was Popov’s moment.

“It's honestly a nice reprieve because I've played with her a few times now over the last few months and she has been kicking my butt,” said Popov. “I kind of had it. It was my time this time.”

In regulation, the 2020 AIG Women’s Open champion stepped on No. 18 tee needing to win the hole to force a sudden-death playoff. She accomplished that objective in style, putting her approach in close and leaving her with a conceded eagle.

“Going back to No. 16 we were all square, and I hit a great shot on No. 17 that I thought was perfect and ended up short; made bogey and I'm 1 down,” Popov explained of the final stretch. “I had a good feeling about my game [going to 18]. I smoked my drive down there, which is great. That was step one.

“Then I had 152 [yards] to the pin, perfect 9-iron distance for me. Landed a couple short, it came up the ridge and back down. It was good, so probably the ideal scenario.”

It took two extra holes but a birdie on the par-4 11th bested Park and sealed a berth in the quarterfinals for Popov.

“We had a great match the whole day. She was just being her, playing super solid. Every good birdie look she had she made, and I knew that was going to be the case,” said Popov. “I just had to hang in there. I was hitting it great all day. If anything, I missed a couple putts that could have gone in, so I knew I was right there.

“Then I hit my second shot in the bunker on 10 and I said, ‘If you can get up and down here, you're good with your wedges so you have a chance on 11.’ Yeah, stuffed it on 11 and I made that to win the match.”