After a T24 finish at the 2021 HSBC Women’s World Championship, Rolex Ranking No. 1 Jin Young Ko enjoyed a three-week break in competition before heading to this week’s Bank of Hope LPGA Match-Play Hosted at Shadow Creek. The Korean had lots of prep for this week’s tournament, her first match-play event since the 2017 Doosan Match Play Championship on the KLPGA Tour.

This is the first time the seven-time LPGA Tour winner will take to Shadow Creek, a course she loved watching on TV when the PGA TOUR visited the exclusive layout for the CJ Cup. It has more than met her expectations.

“I saw the 2020 CJ Cup last year and I was thinking, ‘Wow, that course is unbelievable. I really want to play this course,’” said Ko after walking onsite for the first time and whose expectations turned out to be better than she imagined. “I'm here and then I play this course, unbelievable. The shape is perfect and the condition, everything is good and weather is perfect, so I'm happy with it.”

Ko has been No. 1 in the Women’s World Golf Rankings since July 20, 2019, a mark of 96 consecutive weeks. Oddly, this week’s competition format may be her toughest challenge of that streak, as she said she much prefers stroke play to match play.

“Usually, I like stroke play. I don't need to think about the other players and I can just focus on my game,” admitted Ko. “But match play is hard to just think on myself. It's hard, but it's going to be fun.” 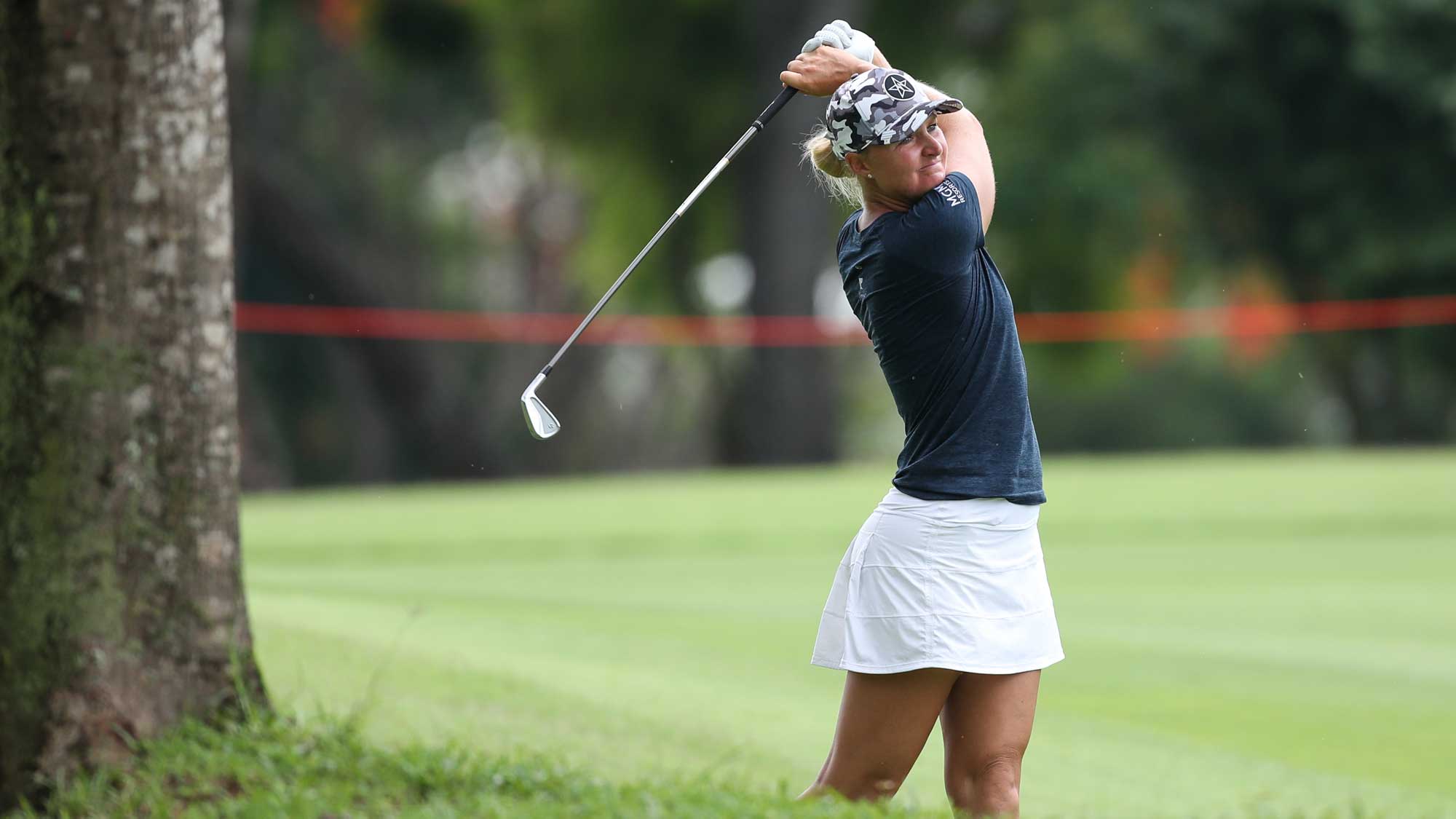 ANNA NORDQVIST: A SOLID BET AHEAD OF BANK OF HOPE LPGA MATCH-PLAY

As an ambassador for MGM Resort, the ownership company behind the host venue for the Bank of Hope LPGA Match-Play Presented by Shadow Creek, Anna Nordqvist has already had the pleasure of enjoying several loops around the ultra-exclusive layout.

“I love Shadow Creek. When I heard we were coming here, I was excited because I know how hard it is to get out here, and for us to even just play golf on this golf course all week, it's quite a treat,” said the 13-year LPGA Tour veteran. “Great golf course. Greens are really firm, so it's going to play pretty hard. But love it for match play. I think we're all going to have a great week ahead.”

In addition to her on-course advantage, Nordqvist hopes to capitalize on her familiarity with the week’s form of play — match play. Nordqvist is a six-time Solheim Cup veteran for Europe, playing on the last six consecutive teams.

“Been a couple years since we had match play, and I loved it back then. Playing a lot of match play growing up and also with Solheim Cup and International Crown, just such a unique format, and we embrace the moments we do get to play it,” said Nordqvist. “I think this golf course is good for match play because it's such a fine line. You can hit good shots, and if it kicks over the green just slightly you can be dead.”

With two solid advantages to her name, Nordqvist would be a solid bet to take home this week’s title, especially since she was recently reinspired to win after watching PGA Tour player Phil Mickelson win the PGA Championship. Like Mickelson, Nordqvist went seven years between major titles and sees many similarities between their individual battles to reclaim that glory.

“I think what was the most inspirational about [Phil’s] win is the fact that he hasn't won a major in a while. A lot us saw him growing up playing, and you can kind of follow his hard work over the years and how he just never stops grinding. And to see that finally pay off, it's pretty awesome,” said Nordqvist, who won her major titles in 2009 and 2017. “I never stopped believing in myself. I didn't necessarily know it was going to happen, but just the fact to believe in yourself, there is just no age to the game. Golf ball doesn't know how old you are. I feel like it's a big inspiration. You just never know when the next good thing is ahead of you.”