LPGA co-founder Marilynn Smith was known as “Miss Personality” and the “LPGA’s Goodwill Ambassador” on the LPGA Tour in its early years. And it was Smith, wearing pearls and heels, who was often pushed out to ad-lib the LPGA’s earliest public relations efforts in front of fans, sponsors and the media. Accompanied by her fellow pros, she would often hit balls from home plate to the outfield and invite fans at Major League Baseball parks to come watch the local LPGA tournament. Once, she even attended a boxing match with the goal of reminding fans between rounds to attend that week’s LPGA event. Unfortunately, the grueling nature of the sport made Smith swoon and one of her fellow pros had to jump into the blood-splattered ring to invite boxing fans to come watch women’s golf.

But while Smith was a true girl-next-door native of Topeka who called herself “just an ordinary gal from the Kansas prairie who has lived an extraordinary life,” she was a solid competitor on the LPGA Tour from 1957 to 1976, playing a more limited schedule until 1985. During that time, Smith won 21 tournaments, including two major championships at the 1963 and 1964 Titleholders Championships. The Kansan’s first LPGA win came at the 1954 Fort Wayne Open in Indiana, with her final professional title notched at the 1972 Pabst Ladies Classic. She recorded nine top-10 finishes on the LPGA’s money list from 1961-1972. 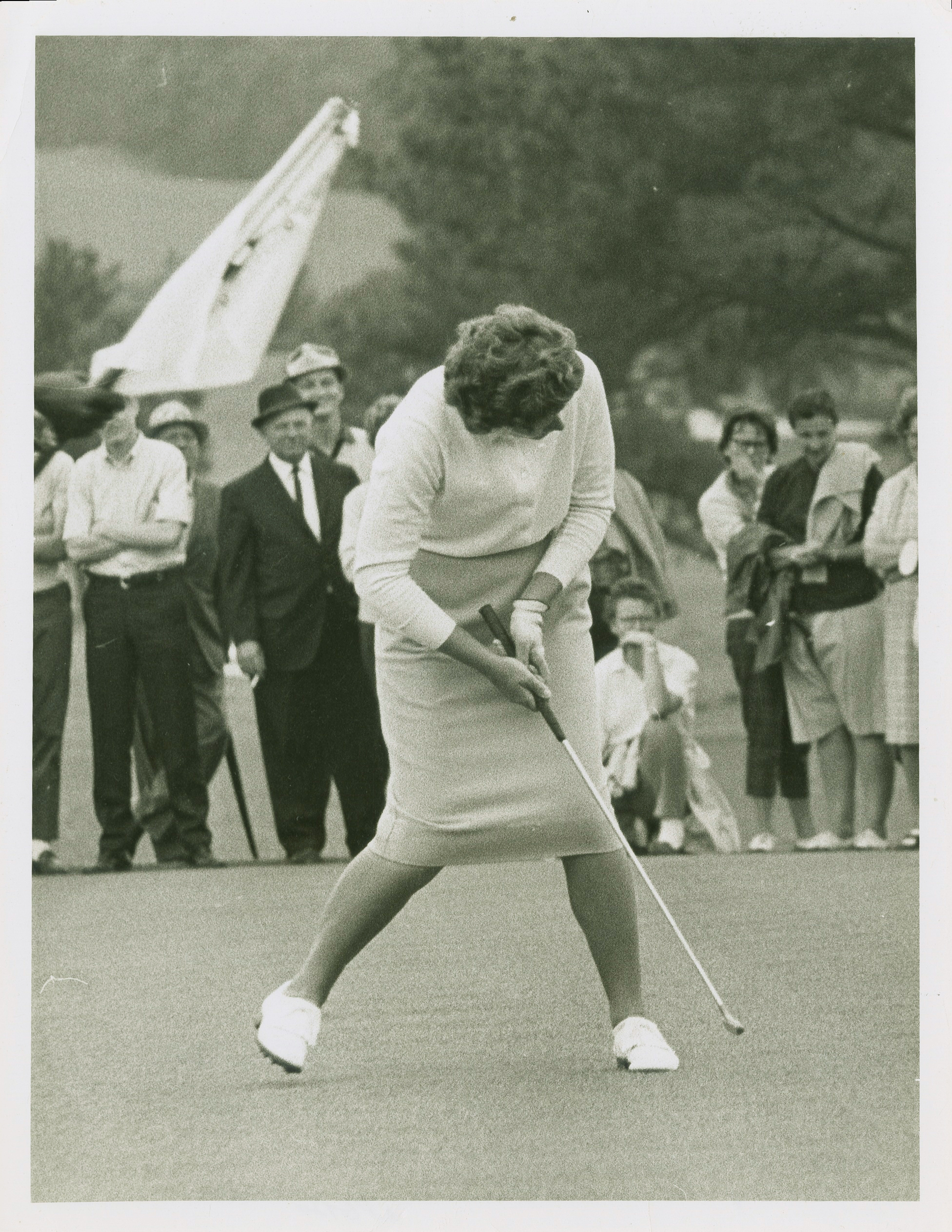