Danielle Kang is one of four MGM Resorts ambassadors in the 64-player Bank of Hope LPGA Match-Play field this week, joined by Natalie Gulbis, Alison Lee and Anna Nordqvist. The five-time LPGA Tour champion had high praise for tournament sponsors during her media availability on Tuesday afternoon.

“It’s more than just support of the Tour; it’s support of women’s sports. The fact that they are bringing us to one of the most prestigious golf courses in the country is incredible,” said Kang. “It takes a team and supporters to make history and I’m so thankful to have MGM Resorts taking that action with us. I’m so blessed to partner with companies that truly take action and MGM Resorts is my family.

“I also want to thank Bank of Hope, our title sponsor. They have been with the LPGA for a long time and we’re so appreciative of their support, just like it takes every action to make our dreams come true.”

For a player who is all about finding her right spot in the mental process, there’s a lot to like about this week. Kang has called Las Vegas home for several years and said Shadow Creek is “definitely” a home-course advantage for her.

“I’m at home and MGM, one of my best sponsors, is hosting an event at Shadow Creek for the LPGA. I’ve got nothing to complain about,” Kang said, who is relishing the rare opportunity to sleep in her own bed during competition week. “MGM has hosted us amazingly, and Shadow Creek is a beautiful track. This is the first time we can build history and it takes a group of people to take that first step with us, so MGM and Bank of Hope have done that.” 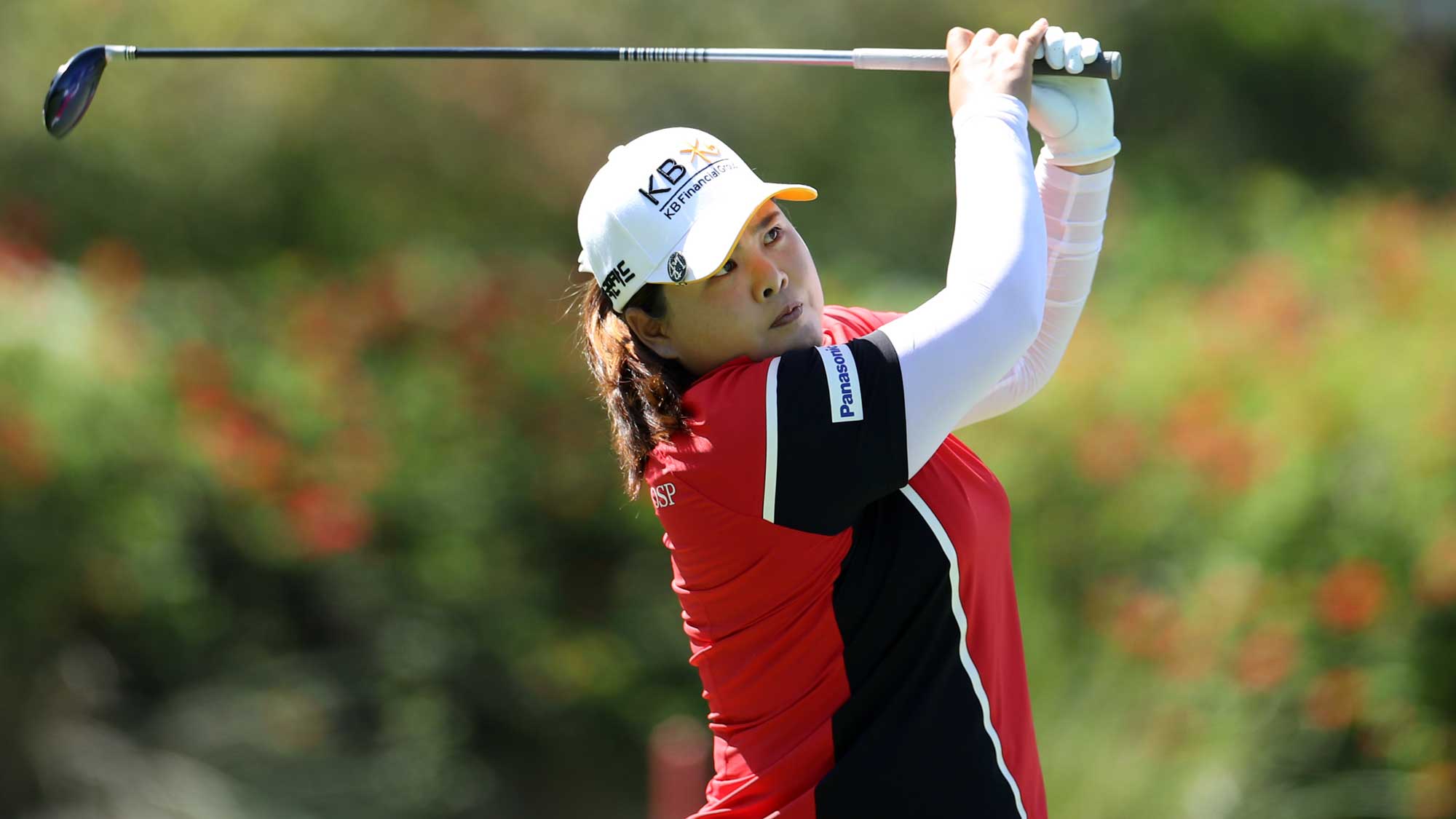 INBEE PARK PLAYING FOR HER GRANDFATHER THIS WEEK

Competing at the inaugural Bank of Hope Match Play Hosted by Shadow Creek will be different for Inbee Park than any previous tournament in her Hall of Fame career. It’ll be the first time a certain loved one does not follow every shot from afar.

“My grandfather (BJ Park) passed away yesterday,” said Park. “He is the one that got me into this game and he would probably want me playing, so that is why I am playing this week.”

Park hopes to honor her grandfather’s memory with a strong performance in Las Vegas, where she has lived since age 15.

“Want to make him proud,” Park said. “He really loved me playing golf and he always means so much in my heart. Luckily, I got to go back to Korea last week and was able to see him. The doctor said, ‘You should say goodbye to him.’ It was probably the saddest thing I’ve ever had to do. I think he’s in a good place. He’ll be watching me from Heaven.”

Her latest LPGA Tour start came earlier this month in Singapore at the HSBC Women’s World Championship, where the seven-time major winner tied for third. That tournament is also special in more ways than one for Park. Not only is she a two-time champion of the event, but she has shared several special memories with her grandpa there.

“His dream was to play golf with me and my father, three generations. That’s how I got into the game. He really wanted to take me to the golf course, and I was probably 10 when I started playing. He was a really good golfer and loved playing with me. I’m here because of him so I think that’s why it just means so much more.” 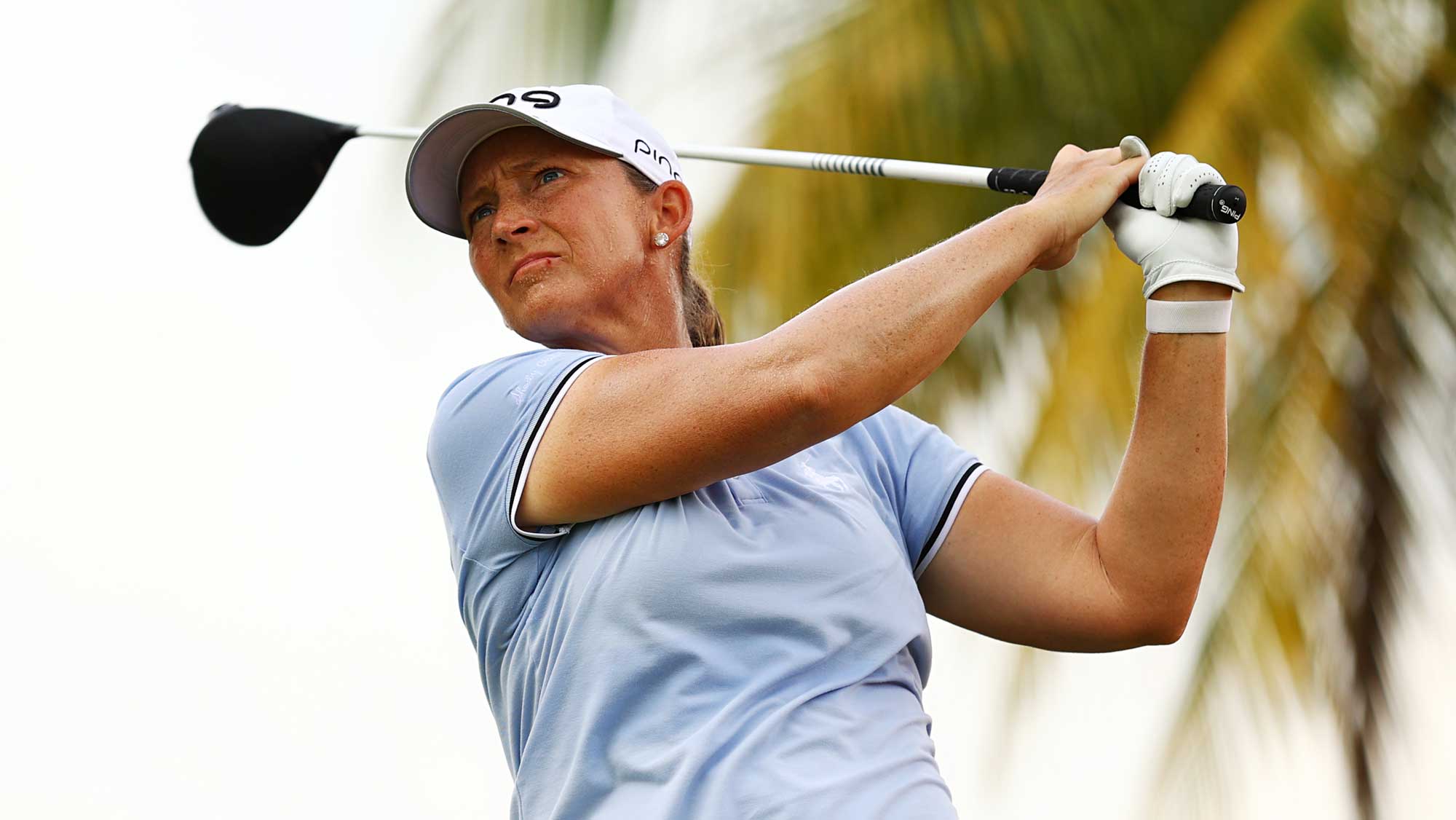 “This seems like the trifecta this week of match play, Vegas and Shadow Creek. It's just awesome.”

It’s safe to say that the Bank of Hope LPGA Match-Play Hosted by Shadow Creek might be one of the highlight weeks of Angela Stanford’s storied LPGA Tour career. The seven-time champion is the ultimate competitor, and nothing else in golf quite gets those competitive juices flowing like match play. Add in the lights of the Vegas Strip, an immaculate host venue and two world-class sponsors giving the field the white-glove treatment, and the Team USA Solheim Cup star is absolutely in her element this week.

Beyond her daily match, Stanford is also paying particular attention to 11 players on the radar of USA Captain Pat Hurst for the 2021 USA Solheim Cup Team. Stanford was tapped nearly a year ago to join Hurst’s staff as an Assistant Captain and this week, she plans to look more at a player’s down moments than her highlights.