It looked like it might go in. Mi Hyang Lee’s final shot on Friday came as the dimming Florida sun dipped its toe into the Gulf of Mexico. But a few hearty souls hung around Pelican Golf Club to watch Lee finish. And almost all of them hopped to their feet as the short iron approach into the difficult par-4 landed eight feet below the hole and trundled forward on a perfect line. It came up about two-and-a-half feet short. But the birdie, which Lee made with ease, gave the 28-year-old Korean a share of the course record with an 8-under par 62. It also moved her to within two shots of the lead at the halfway mark of the Pelican Women’s Championship presented by Konica Minolta and Raymond James.

“I had a lot of birdie chances today from inside five feet,” Lee said after being told that she had tied the course record set a day before by Leona Maguire. “Then I made some good short putts, too. But I think my ball striking was really great today.”

That was evidenced at 18 where she hit the closest approach of the day.

“It has really been a tough year for me this year,” Hyang said. “But then I had a really good three weeks off. I’ve been in Korea and just working on my swing. I met my first (original) coach in Korea. I talked with him a lot about my mentality and then tried to get a lot out of my short game.

“He said that I just need to believe in myself. He knows me as well as anyone and he said you're a good player. I had lost a little confidence. So, it was good to hear. It was good help.”

This is only the fourth cut Lee has made since the first week of May. But with a round like she had on Friday, she enters the weekend with a relaxed sense of purpose. 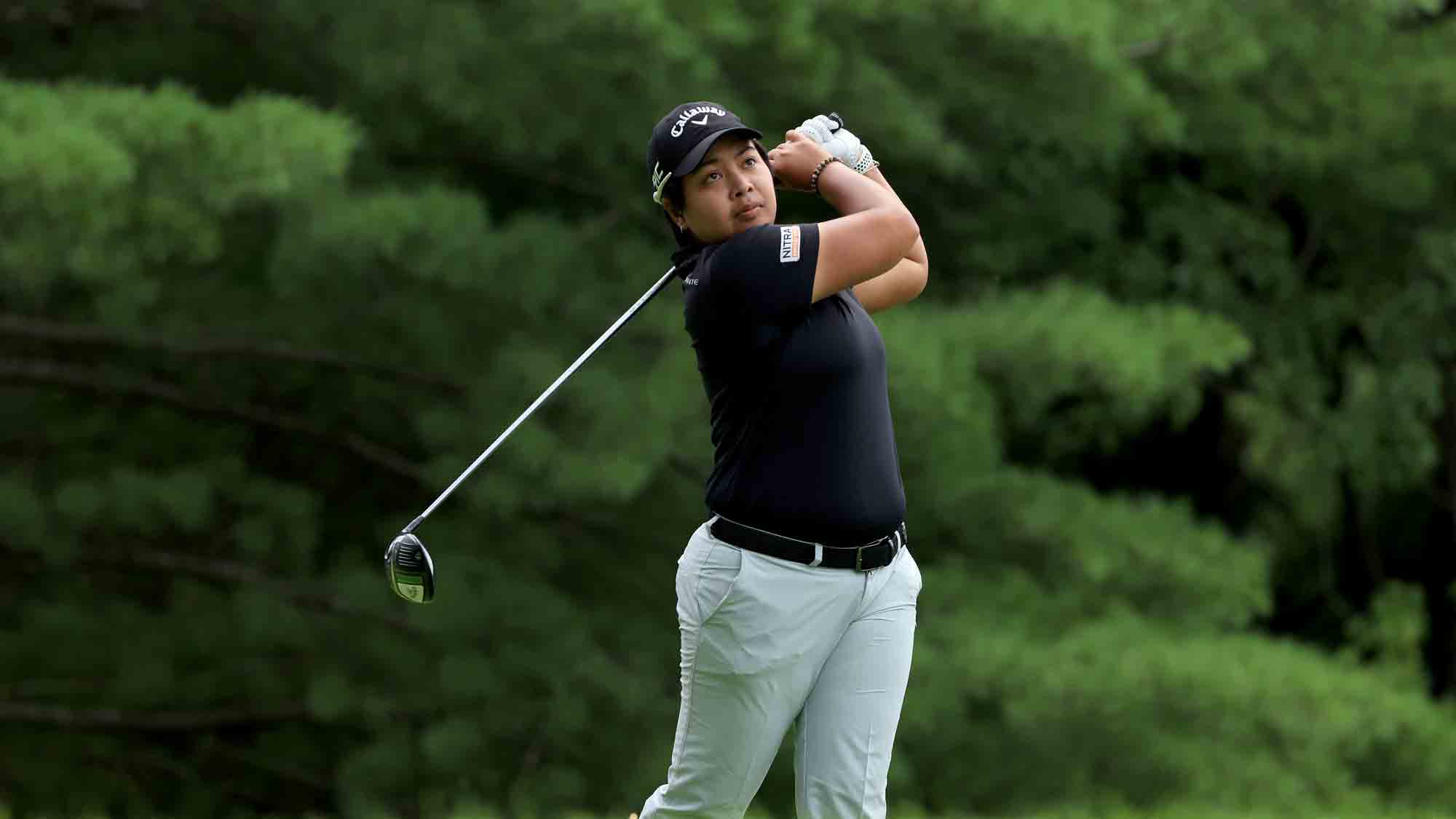 When Pavarisa Yoktuan stepped onto the tee box of No. 12 at Pelican Golf Club, she knew the stakes. It had been in the headlines all week: unlimited giveaways of a two-year lease on a Lamborghini for a holes-in-one. The Thai player grabbed her 8-iron and watched the golf ball soar, land, then drop in the cup 147 yards later. It was her seventh ace and fifth in competition.

“It was really just starting off the day. I was talking to my caddie, ‘Oh, it's a little bit downwind,’ so just hit an easy 8-iron,” said Yoktuan, who carded a 3-under par 67 on Friday and is 5-under overall. “When I hit it, it was so good. I was waiting for it to land and didn't even know it was going in. It carried 4, 5 feet in front of the cup, and I was almost turned around then heard the roar. It kept going. I was looking for it and it went in, then just crazy. Yeah, went crazy.”

The hole-in-one landed Yoktuan a two-year lease on a Lamborghini courtesy of Morgan Auto Group in Tampa.

“Depending on the options, I want to give it a try. We’ll see,” Yoktuan said.

“That's great, really awesome. I always talk to my friends and my manager, my family, that like one day I want to give back to the golf community,” said Yoktuan. “Doesn't matter in golf, or in general, just that I want to do something. A lot of people have helped me, like my family, my friends, my coach, everybody. This is the good. This is a great opportunity to get the chance to help people.”