Pauline Roussin-Bouchard (Brignoles, France) saved her best for last. The 21-year-old Frenchwoman fired a bogey-free, 7-under par 65 on the Bobcat Course at Plantation Golf & Country Club in the final round to run away from the field at the LPGA Qualifying Tournament Stage II.

“I tried to practice this week in a way that I would play better and better each day, so I am happy I could finish with a round like this,” said Roussin-Bouchard, who captured medalist honors with a five-stroke victory at 19-under overall. “It was just about being happy, enjoying and being in the moment, living it.

“Winning is always on my mind, I just keep it to myself. It’s also that winning is about the result and it doesn’t depend on you, completely. I was trying to focus on what I could control. Of course, I was trying to go low. I told my caddie on the first hole, ‘Go low or go home.’”

For a player that likes to have fun on the golf course, her metaphors during competition only add to the bubbly, yet calm demeanor she exhibits daily.

After a challenging week in Venice, Fla., it’s now back to her life in Columbia at the University of South Carolina. Roussin-Bouchard takes flight out of the Sunshine State first thing Monday morning so that she can make her evening Introduction to Drawing course on campus. She may have needed to finish a few core classes but make no mistake, Roussin-Bouchard enjoys a good doodle.

“I have everything I need, and it's something I carry with me all the time even before having this class just in case I want to draw. I have all the materials,” said Roussin-Bouchard. “I don't consider myself an artist, to be honest, because I can't create things, but I can reproduce. It's just about just copying what's in front of me.”

Xiaowen Yin (Tianjin, People’s Republic of China) finished runner-up at 14-under overall. The amateur recorded seven birdies for a final-round 67.

“I'm really happy. I really didn't think I would play that good this week because I just arrived in America a couple weeks ago and on the first day here, I really don't have a lot of confidence,” said Yin. “I showed that I can do it now. I’m really excited that I can go out [on the course] and have fun.”

Another amateur, Hyo Joon Jang (Howey-in-the-Hills, Florida) matched the low round of the week with her own bogey-free, 7-under 65 on Sunday. It moved her into a share of third at -13 with 54-hole leader Ruoning Yin (Shanghai, People’s Republic of China), who shot even par in the final round. Rounding out the top five was Maddi Caldwell-Young (Milton, Georgia). The Kennesaw State University alumna used a 3-under 69 over the final 18 holes to reach 12-under overall.

To be eligible for LPGA Q-Series from Nov. 29-Dec. 12 on the Robert Trent Jones Golf Trail in Alabama, a player must finish inside the top 45 plus ties and meet all criteria for LPGA Tour membership. A total of 47 players finished 3-under par or better, with exactly 45 eligible to advance to LPGA Q-Series including 19 individuals that started the Q-School process at Stage I in August. 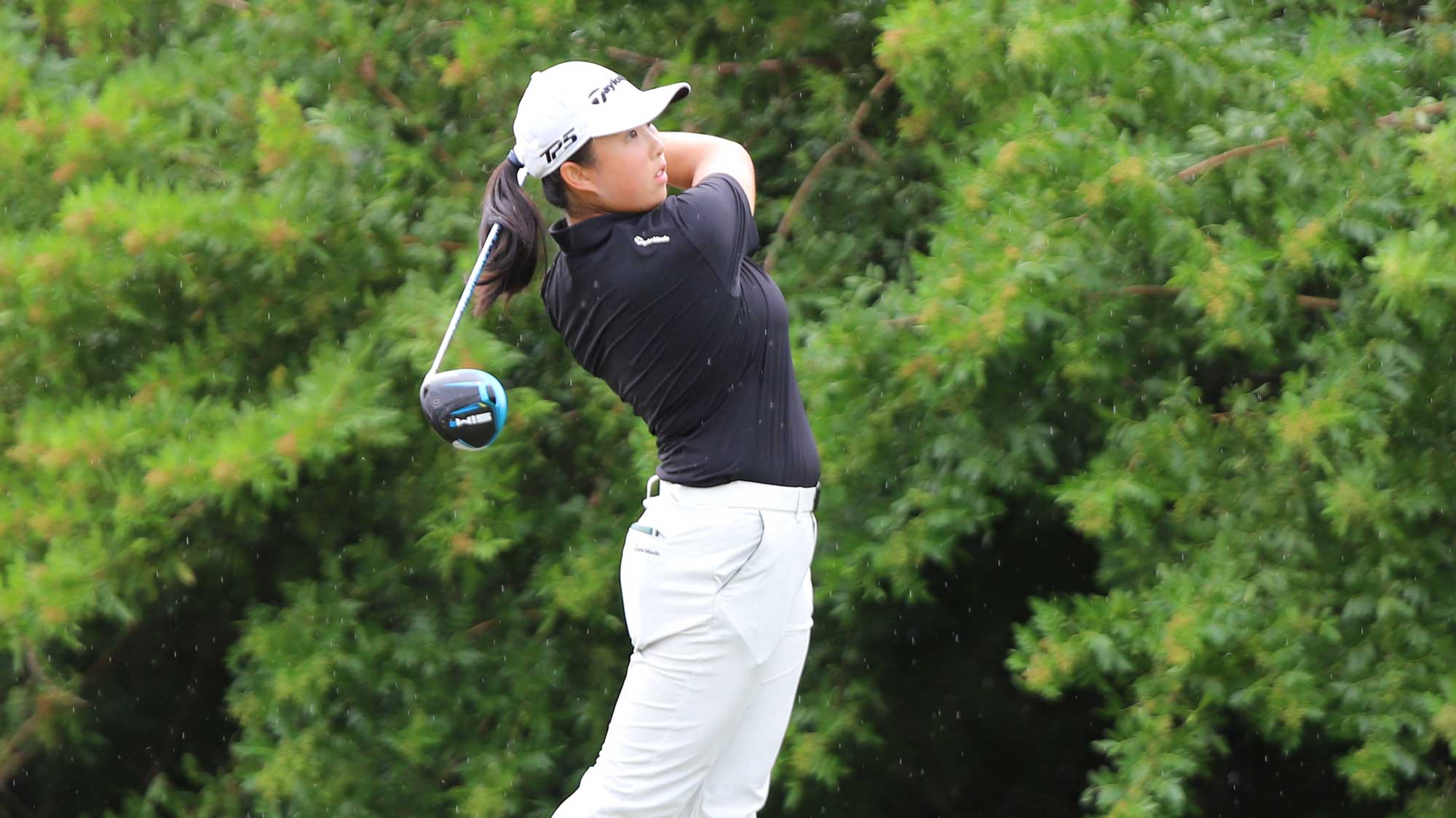 The top-45 players plus ties at Plantation Golf & Country Club in Venice, Fla. advanced to LPGA Q-Series from Nov. 29-Dec. 12 on the Robert Trent Jones Golf Trail in Alabama. With 72 holes completed in Stage II of the LPGA Qualifying Tournament, a total of 45 punched their ticket to LPGA Q-Series.

Below is a look at the individuals who advanced through Stage II, representing 21 different countries.

*Due to LPGA Tour age regulations, could only compete through LPGA Qualifying Tournament Stage II and obtain Symetra Tour membership for 2022.