MORRISTOWN, NEW JERSEY | No one thought it would be that big. On Monday evening before the start of the Cognizant Founders Cup when a large number of players were already in New Jersey, Christina Thompson, the founder and CEO of Golf4Her, an online women’s retail outlet, sponsored a reception and fundraiser for Jane Park, Pete Godfrey and their daughter Grace. As many in the golf world know, Grace, who is now a year old, suffered severe seizures in early July that led to brain damage. Doctors offered mixed diagnoses on the cause, but all agree that Grace will always have challenges. Since then, Jane, a 15-year veteran of the LPGA Tour, has been a fulltime caregiver. She has gone from perfecting wedge shots and making 10-footers to navigating g-tube feeding and medication schedules, while Pete has returned to work as the caddie for Ariya Jutanugarn. 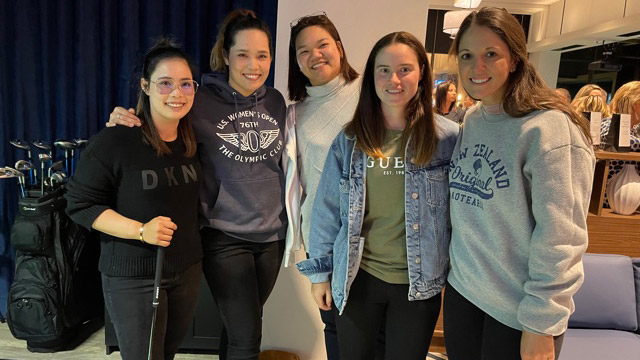 “This is a situation you don’t ever want,” Thompson said. “If you’re raising funds, it’s because something really bad has happened. That’s never been truer than it is in this case. We love Jane and Peter and want to do everything in our power to support them. Money doesn’t change how tragic and terrible this situation is. But it is what we can do. And it shows Jane and Peter that there are people out here who care about them.”

The event, which was pulled together in just over a month, was held at 1776 by David Burke, a high-end restaurant in Morristown. It is connected to an indoor Topgolf simulator facility. The restaurant wasn’t officially opened. The grand opening is October 13. But Burke, who has 13 restaurants around the world and an international reputation as one of America’s premier chefs, showed up and ran the kitchen for the night.

“We didn’t know what to expect,” Thompson said. “It was so fast and there were so many moving parts, you just never know how it will turn out.” 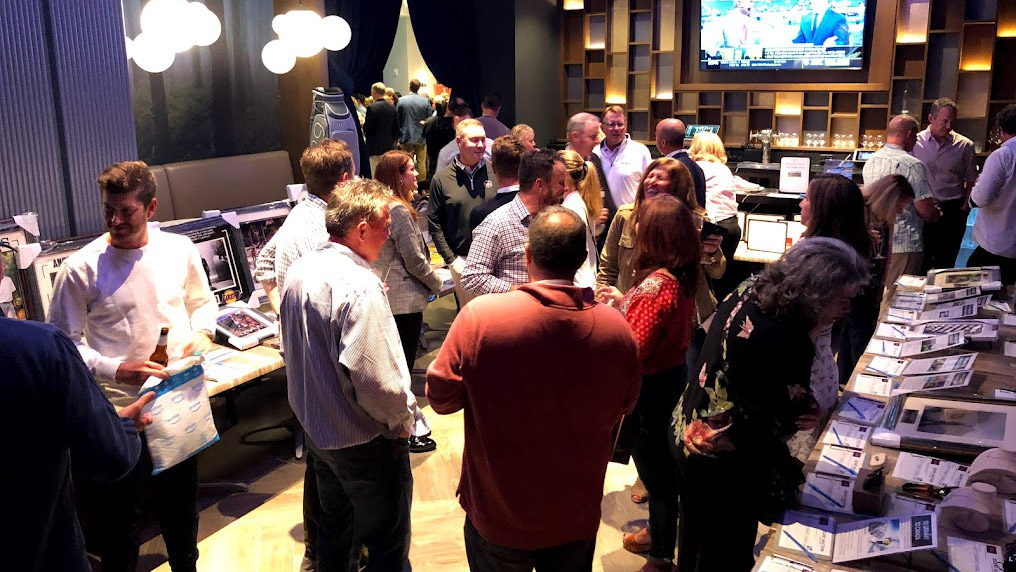 It turned out to be overwhelming. More than 200 people packed 1776 and the Topgolf Swing Suite, including 20 LPGA Tour pros. Mike Whan, the new CEO of the USGA came with his wife, Meg. Jerry Foltz and Karen Stupples from Golf Channel also showed up. The mayor of Morristown was there along with caddies, friends and people in the area who just wanted to help. More wanted to come but the facility couldn’t hold them.

“I thought it was going to be about 15 people having beers,” Godfrey said, fighting back tears at the overwhelming support. “It’s incredible to see this.”

His wife didn’t attempt to hold her emotions. When Godfrey facetimed Park and showed her the room, she broke down in sobs.

“(Christina) has great connections in this area,” said Marina Alex, who, like Park, is a Golf4Her ambassador. “The venue we went to was fantastic. (Thompson) organized all the tickets. On my end it was getting as much of the golf community involved as we could. Get players coming to help and just different items to donate that were going to help raise money.

“I think in five weeks we did a pretty good job for not really knowing what we were doing. But overall, it's just about helping them. I think everyone had a great time. It was a good success. I don't think it'll be the last time we do something like that. After talking with Christina again, sounds like we want to try to make this an annual thing. If we can do something once a year for them moving forward that would be awesome.” 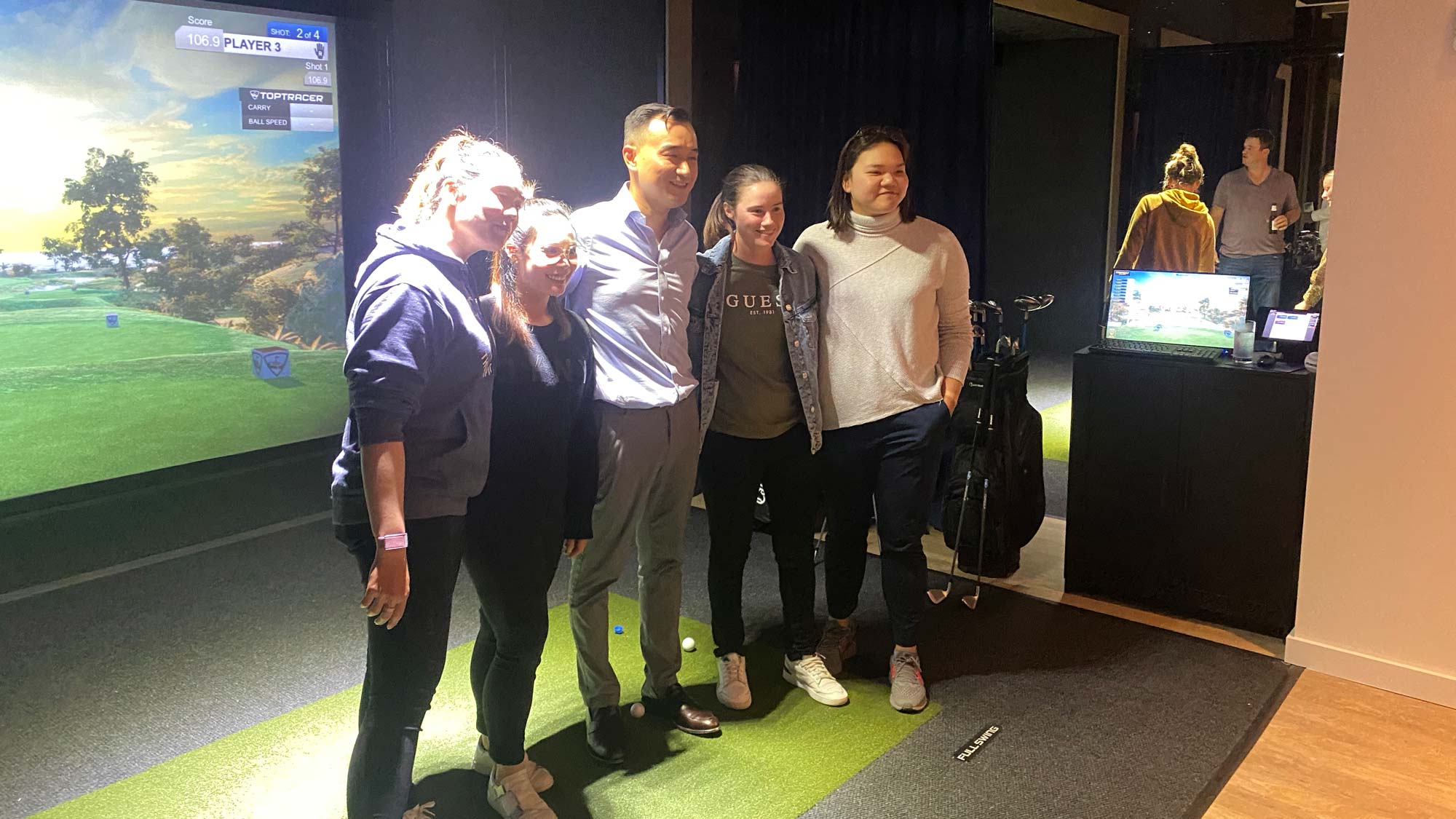 In addition to tickets and a silent auction, the players participated in a “hit the green” contest in the simulator bays, which were packed with people donating additional funds. The total will be just north of $60,000 raised in one night. And while that will not come close to covering the expenses of Grace’s long-term care, the golf community stepped up once again.

“It's really heartbreaking to see what's going on,” Alex said. “Just talking to (Jane) on Monday was super tough. It really was hard. I mean, Jane is playing, and Pete is caddying and everyone out here knows them. They're such a huge face of our tour. We will do anything we can to help them. It was really nice to see how well it was received and how much everyone enjoyed themselves. People just came and wanted to buy tickets at the door. It was a little crazy. But it was a great thing. It really was.” 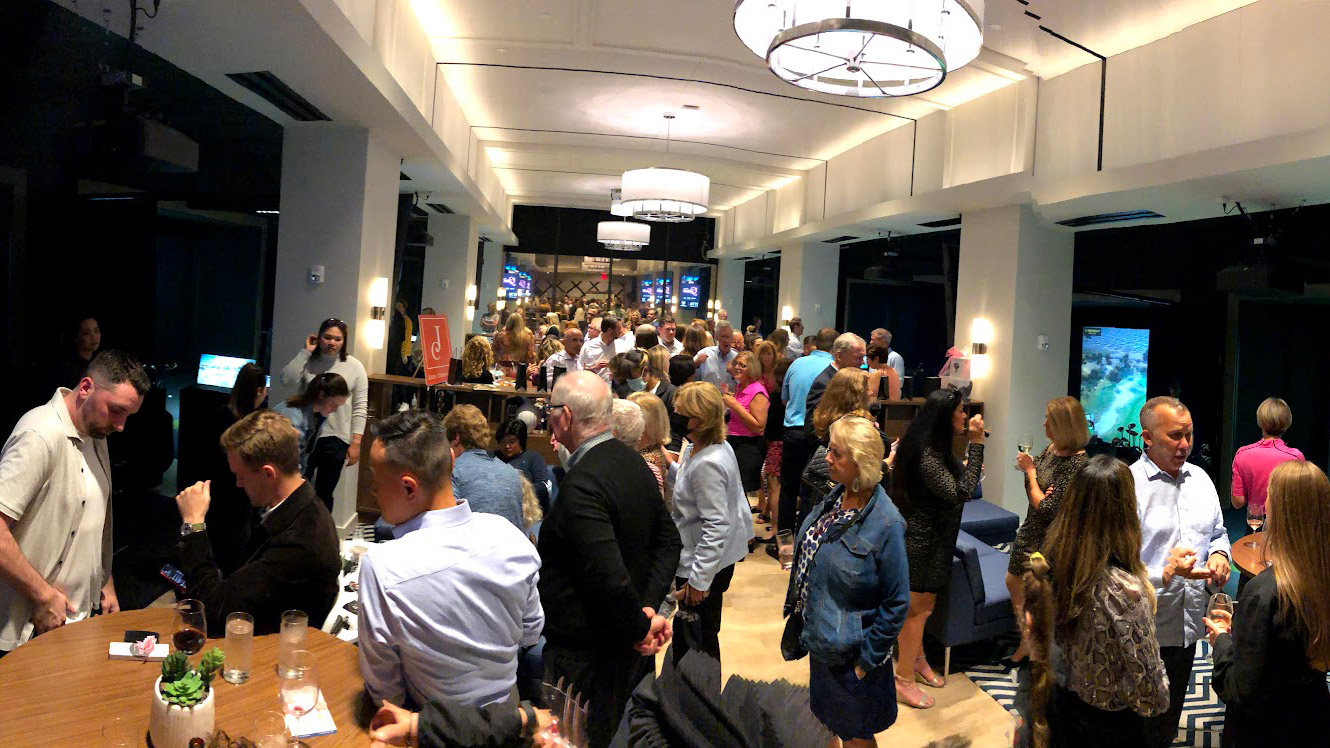 At the core is the love and support the golf community has for all its players and their families. As Pete Godfrey’s father, who was also in attendance on Monday night, said, “Americans are the most generous people in the world. I cannot tell you how much this means to our family. To everyone.”

“(What happened with Grace) is still very raw,” Alex said. “It's hard. I don't know when I'm going to see Jane out here again. That's the hardest thing to accept. It's just completely different. It's a challenge.”