3 Players to Watch at the Senior LPGA Championship

3 Players to Watch at the Senior LPGA Championship

Coming off a T15 finish at the Dow Great Lakes Bay Invitational, Webb heads to Salina Country Club to make her Senior LPGA Championship debut. The Australian has made two cuts in three starts on the LPGA Tour this season. Webb, an LPGA and World Golf Hall of Famer, has recorded 41 wins on the LPGA Tour, the most of any active player.

The World Golf Hall of Famer returns to the Senior LPGA Championship after finishing 22nd in the 2021 event. Davies has 87 professional career wins, including 20 on the LPGA Tour and four majors. She was also on the inaugural Solheim Cup team in 1990 and appeared in every event for Team Europe through 2011.

Inkster finished in 6th place at the 2021 Senior LPGA Championship. The LPGA and World Golf Hall of Famer has won four times on the Legends Tour, most recently at the 2021 Land O’Lakes Legends Classic. The seven-time major champion was also named Women’s Sports Foundation Sportswoman of the Year in 1999. 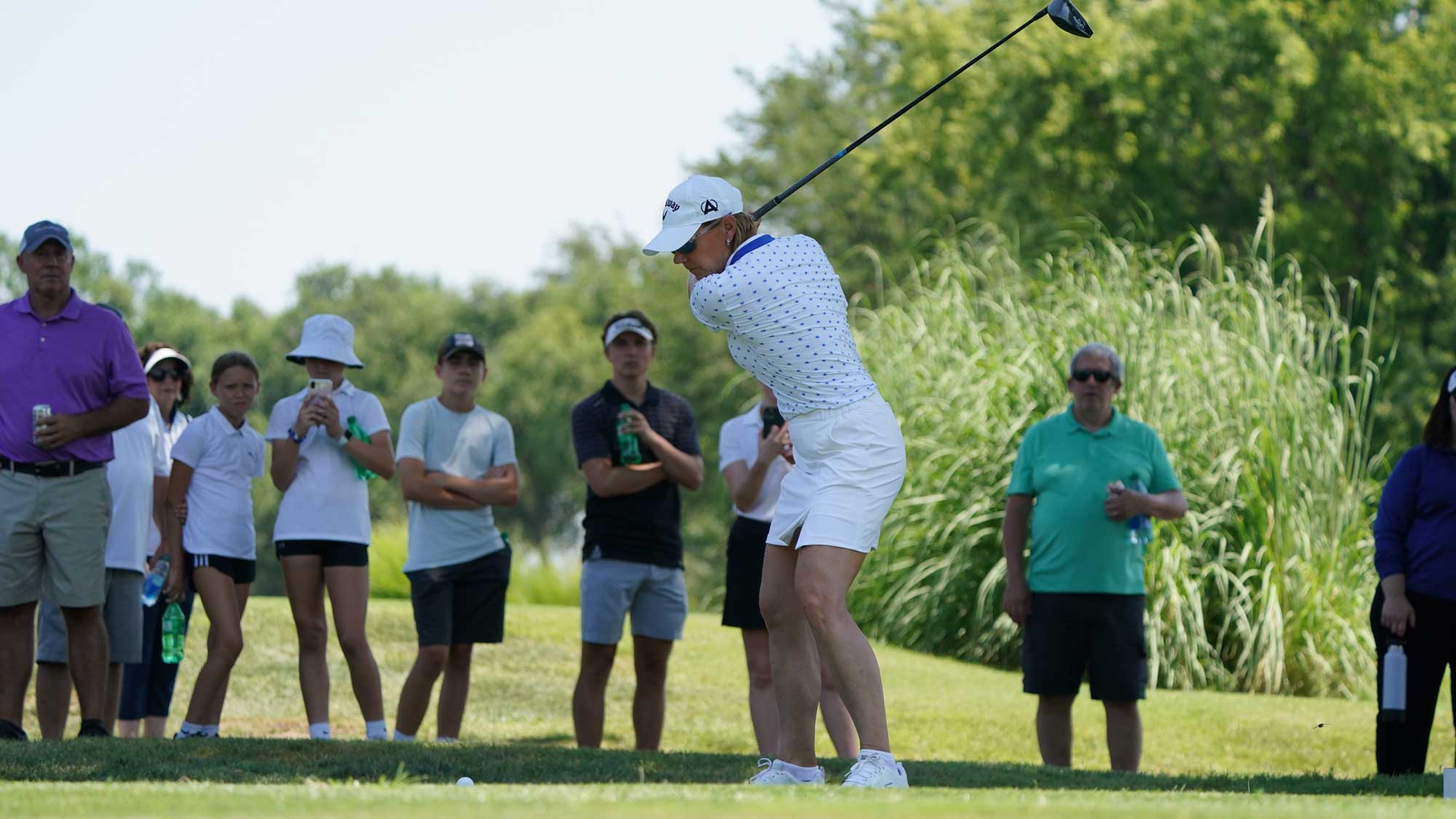 SORENSTAM CONTINUES TO MAKE HER MARK ON THE GAME OF GOLF

Hall of Famer, and who most would call the women’s golf greatest of all time, Annika Sorenstam tees it up in this week’s Senior LPGA Championship for the first time. She has played in other senior events, previously winning the 2021 U.S. Senior Women’s Open.

“I’m excited to be here,” said Sorenstam. “This is the first time I’m playing this event, and I want to support the LPGA. We appreciate the opportunity for us to play in an event.”

Sorenstam has been balancing a lot of golf recently, and comes to Salina, Kansas off a T28 finish at last week’s Dow Great Lakes Bay Invitational with partner, Madelene Sagstrom.

“It’s been a little busy the past month or so,” laughed Sorenstam. “I’m playing more than I have been in a long time, mixing a little bit on the LPGA Tour, playing here, and then I played in celebrity events two weeks ago. It’s been a fun summer.”

While Sorenstam still has the talent to compete on both tours, she says she feels comfortable with her current situation. She’s grateful for the opportunity to get out on the course and compete again.

“I do think that I belong here, more on the Senior LPGA,” laughed Sorenstam. “But it’s been fun to get back and play.”

The Senior LPGA Championship is known to players as a way to reminisce. It allows friends to reconnect and have some fun while also competing. Sorenstam says there’s a new level of appreciation for the game during this event.

“It’s nice to see a lot of players,” said Sorenstam. “I know most of us have stepped away and started other things, whether it’s family, businesses or just a break from the game and now come back. We share the passion for the game and appreciate the game of golf. To be able to do it at this stage of our life means a lot.”

Since stepping away, Sorenstam has started a family with her husband, as well as a foundation to give back to the game she loves. Her new passion, The ANNIKA Foundation, is her way to say thank you to the game and inspire the next generation.

“I’m very fortunate to be where I am today,” said Sorenstam. “My career wouldn’t really be the way it is if it wasn’t for organizations that support women’s golf and girls golf, so I want to help. The ANNIKA Foundation is all about providing playing opportunities for young girls around the world.”

In its 14th year, the foundation has grown to host seven global tournaments, allow over 600 girls to compete, and contribute over $8 million to girls’ golf. The foundation also gives an award each year to the top female U.S. collegiate golfer. Epson Tour graduate, Leona Maguire, as well as current Epson Tour player Natalie Srinivasan are among past recipients.

“Hopefully it’s a steppingstone in their career, and they feel like they have the resources and the confidence to move on and pursue their career,” said Sorenstam. “That’s really what it is, to create opportunities for them.”

When asked what advice she has for young girls and women playing the game, Sorenstam said the biggest thing is to learn from mistakes. This is something she teaches through her foundation, telling girls her career would not be where it is if she hadn’t learned from her mistakes and moved on.

“I think that’s just the way life is,” said Sorenstam. “We learn and we bounce back.”

Sorenstam bounces back to compete for the Senior LPGA Championship title off No. 10 at 9:11am on Friday.