Lexi Thompson Languishes Lead in N.J., Looks Ahead to N.C.

Journey to the LPGA Tour

Written By: Amanda Doherty
Amanda Doherty is a 2021 graduate of the 'Road to the LPGA’ and will be competing on the LPGA Tour in 2022.
﻿
0Share on Facebook
0

Golf has always had a special place in my heart. No doubt. But until I was 13 years old, golf was just one of many sports for me.

I also played tennis, basketball, softball, and even swam during the summers growing up in Atlanta. My parents wanted me to try all sorts of sports and see which one I liked best. I can’t really pinpoint what eventually drew me to the sport of golf, but it was something I got to do with my family, especially my dad — and that was very special to me.

I know 13 sounds young to pick a sport, but in the world of golf, I was actually late. There were many girls already playing at the national level by that age. As a result, I didn't gather a lot of attention from college coaches in high school. After all, I didn't have a ton of results to show.

In order to get my name out there, I knew I had to go a bit of an unconventional route. 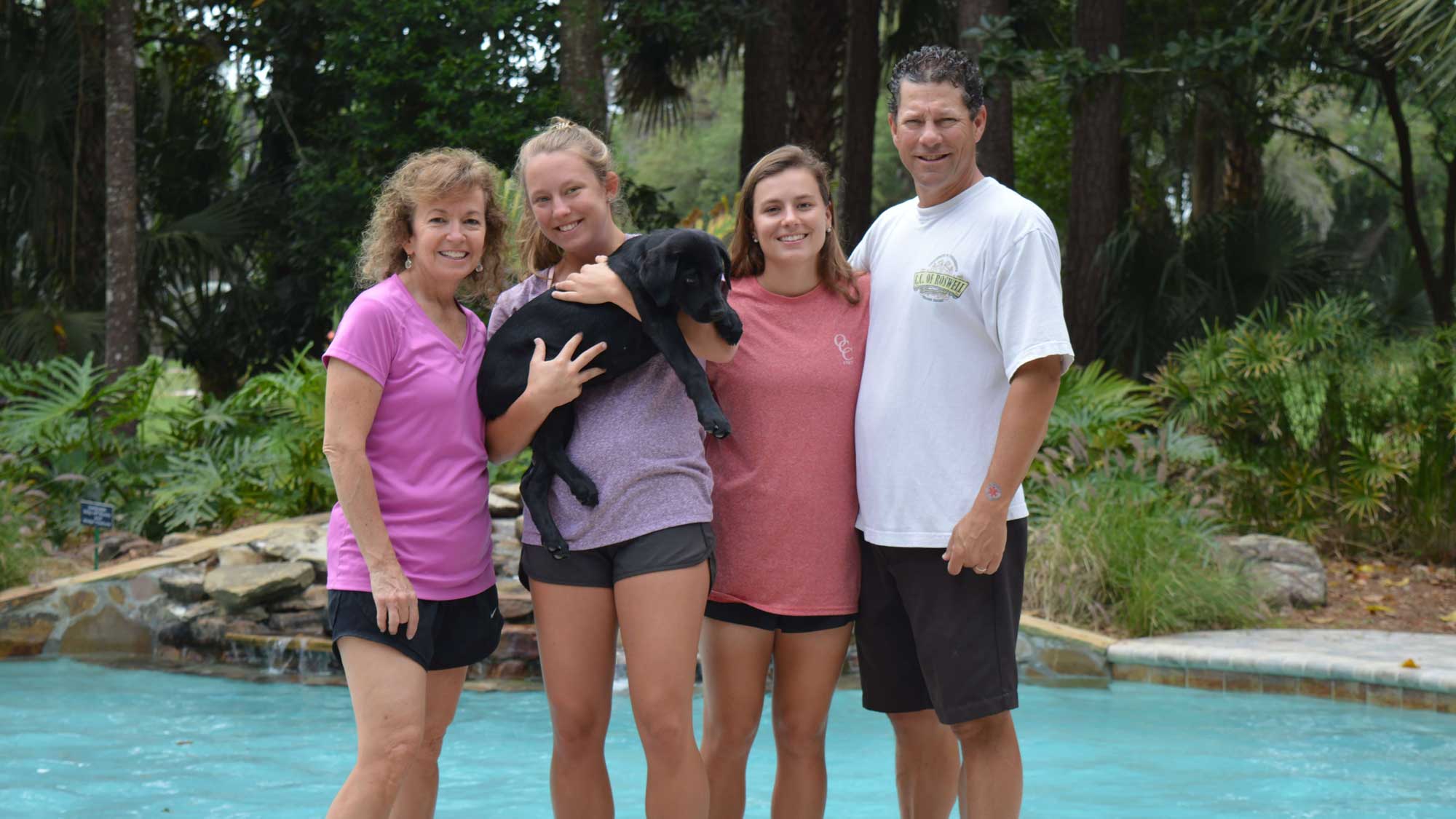 So, I started cold calling coaches in the hopes of convincing someone to give me a closer look.

As Coach Amy Bond liked to tell me after I joined the Florida State University Women’s Golf Team, that cold call stuck. When I first called her, she told me, "If you're ever passing through Tallahassee, come visit."

No one accidentally passes through Tallahassee. It’s just south of Thomasville, Georgia and just north of the Apalachicola National Forest, which is not quite the middle of nowhere, but you can see it from there. I thought Coach Bond had written me off.

Then, in the summer of 2014, I qualified and made the cut in the U.S. Girl's Junior Championship. I knew it was a great opportunity because all the coaches came to that event.

Fortunately, I ended up having a good showing, so I gave Coach Bond a call again the following week. This time, it was a definite question, "When are you coming to visit?"

Shortly after, I signed with FSU. And am I ever thankful that I did.

I know this isn't a traditional 'this is how I became a student-athlete' story, but in a sense, it gave me a lot of courage. Getting a school like FSU to trust in me after a few years of competitive golf made me feel like I might have what it takes. My career has felt like a cumulation of small things that have led me here — the actions taken, lessons learned, veteran teammates who invested in me – all seem more crucial to my journey than one specific moment.

Mentally, however, there was one weekend that deserves special acknowledgment. It was my last collegiate event, the Darius Rucker Intercollegiate, at Hilton Head Island, South Carolina.

I love that place. My family has vacationed there forever, and my aunt and my uncle, who had just beaten cancer, were watching me along with my parents. I played well in practices and was in a great mood. But I played horribly. I mean second-to-last-place horribly.

Going into that last day, I promised myself that nothing was going to get me down. I had way too much to be thankful for. And in the grand scheme of things, a poor showing isn't so bad. To provide some context – I've always been a hothead. That's not great for golf. My temper has gotten me in some trouble on the course before.

But that final day, I never got mad or overly frustrated. In fact, I was concerned that my coach was going to question how I could be in a good mood after that performance. Instead, she approached me and said, "I'm proud of you for having a good attitude."

I didn't finish my collegiate career on a high note per se, but that was the mental realization I needed to succeed in the next part of my career. 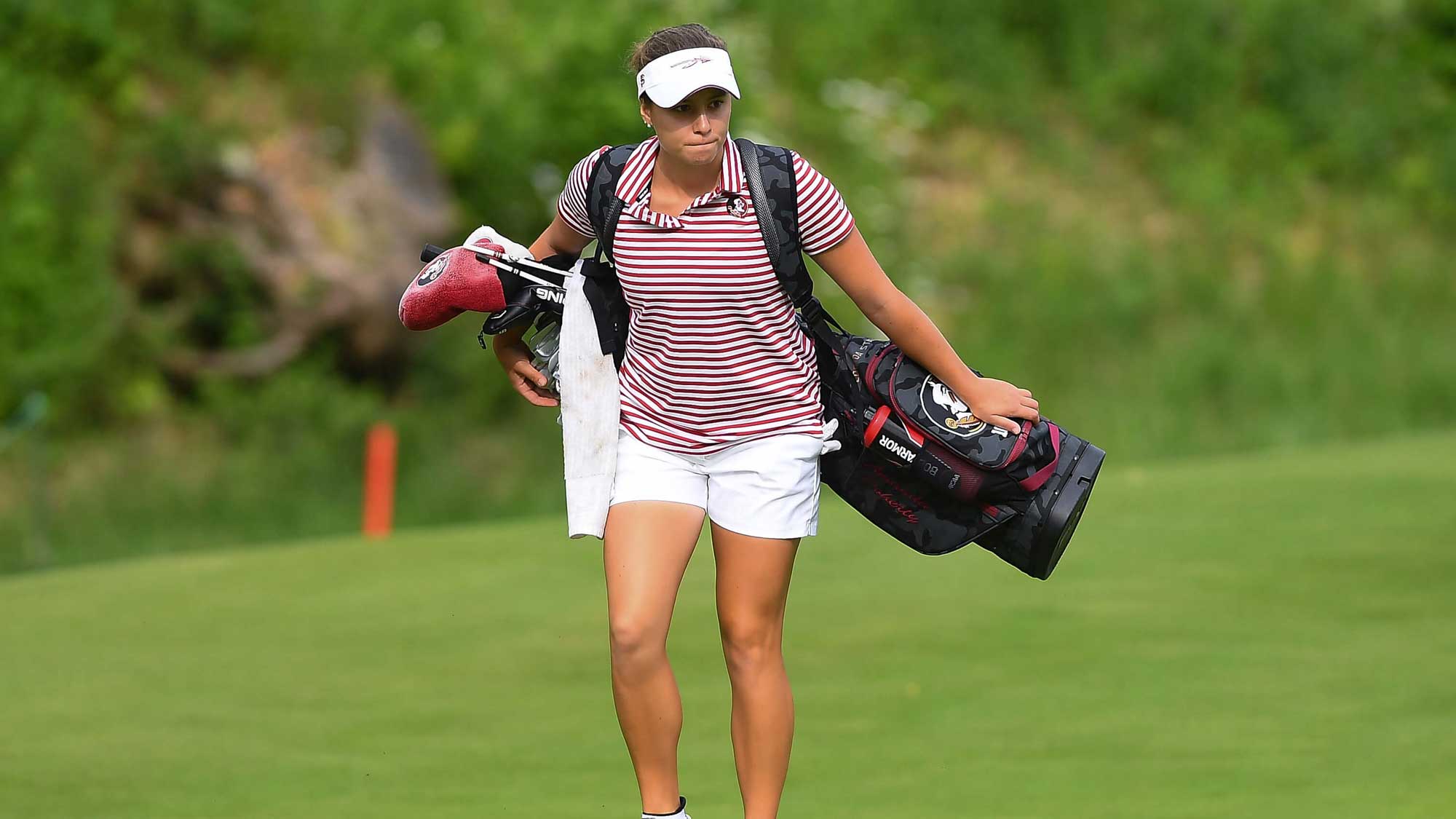 That event also feels like the last time I was a veteran. I went from playing in Q School to one year on the Epson Tour. Now I'll be a new face on the LPGA Tour. It's a cool thing to see my rookie chapters come full circle.

And speaking of 'rookie' — at FSU, I was in the running for ACC Rookie of the Year.  With about six events left on the Epson Tour this year, I noticed I was the top rookie as far as money earned. I just remember thinking how cool it would be to finish not only in the top 10 but also as the top rookie since I didn't get that nod at FSU.

Well, I did earn the Rookie of the Year honors — definitely a full-circle moment for me.

I'm very aware that the LPGA will be a big step. But I'm trying not to "rookie out" too much. Being open to the potential emotions and the high level of play is one of the keys to preparing for what I hope is another great inaugural season.

Another key is not being consumed by golf 24/7.

My favorite distractions are my two dogs, Palmer and Wilson. They are both rescues and a mix of all sorts of breeds. Palmer, named after Arnold Palmer, was the direct result of a bet I had with my dad during Q School. It was just the little push that I needed to make the cut and qualify for the Epson Tour. And Wilson is named after the sporting goods company that makes tennis balls – my sister plays collegiate tennis at Centre College in Danville, Kentucky – and the volleyball in the movie “Cast Away.” My dad’s kind of obsessed with the movie.

Off-the-course hobbies is how I stay sharp. I also love playing the guitar and working out. But don't ask me to play a song for you.

I'm really happy with where I am right now. And I can't wait to launch this next chapter in my professional career. 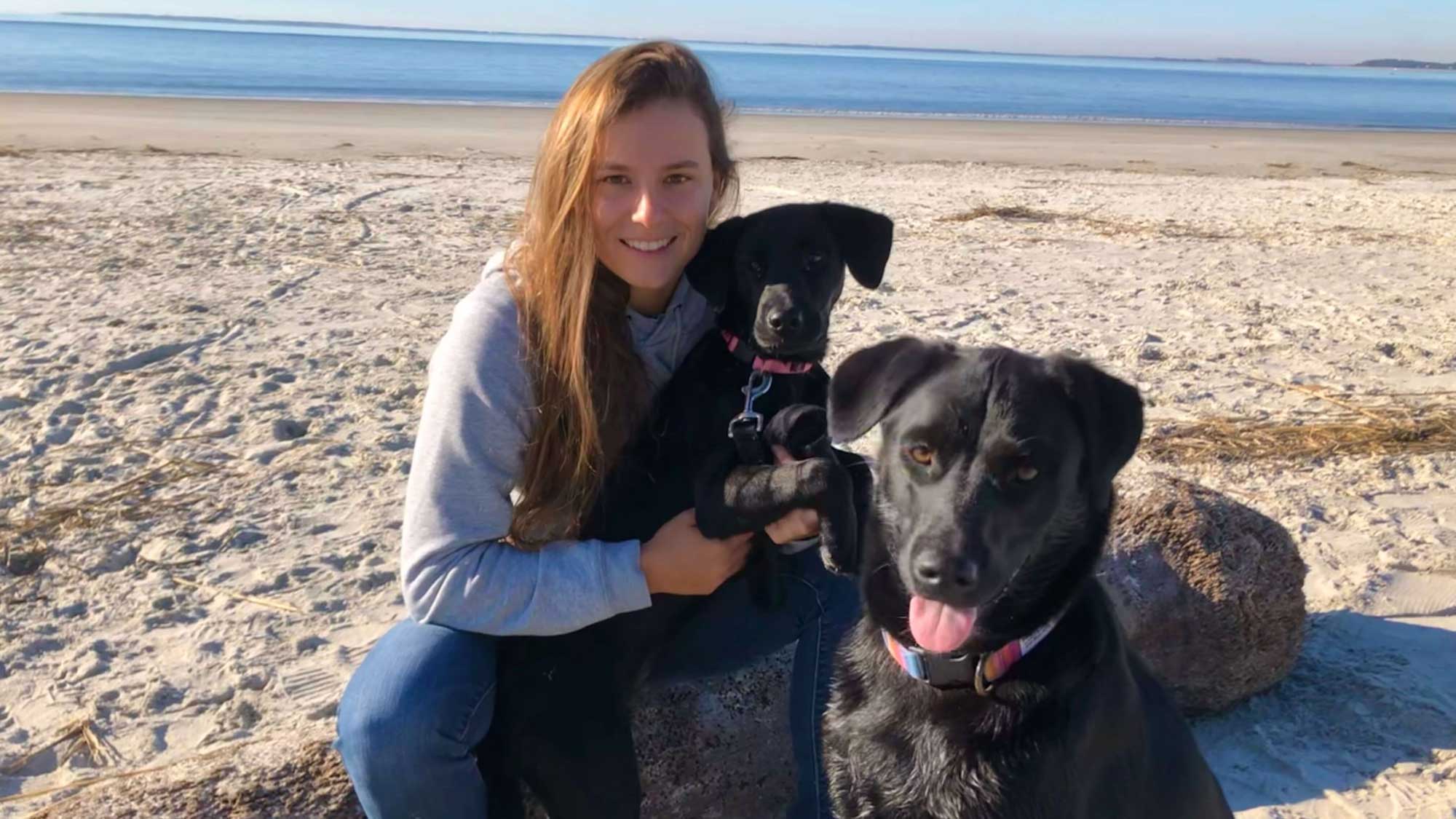