LIBERTY CORNER, N.J. (Feb. 17, 2022) – Annika Sorenstam has filed an entry as a fully exempt player for the 77th U.S. Women’s Open Championship Presented by ProMedica, which will be contested June 2-5 at Pine Needles Lodge & Golf Club in Southern Pines, N.C.

The three-time champion has competed in 15 U.S. Women’s Opens, most recently at Interlachen Country Club in 2008. She will return to Pine Needles Lodge & Golf Club, where she successfully defended her 1995 U.S. Women’s Open title with a six-stroke victory in 1996.

Sorenstam, 51, a native of Sweden, earned a place in the field by winning the 2021 U.S. Senior Women’s Open last Aug. 1 at Brooklawn Country Club in Fairfield, Conn., in her championship debut. The eight-stroke, wire-to-wire victory came just months after she competed in the LPGA Tour’s Gainbridge Classic at Lake Nona Golf & Country Club, 13 years removed from her most recent competitive start.

“I’m excited to have the opportunity to play in a U.S. Women’s Open again, especially with it being held at Pine Needles,” said Sorenstam. “I really never thought I would play in another one, but everything just sort of fell into place. Teeing it up in the greatest championship in women’s golf, at a venue that has so many incredible memories for me, and to be able to do so with my family means a lot to us. I’m sure Peggy Kirk Bell [World Golf Hall of Fame inductee and longtime Pine Needles owner] is looking down and smiling at how this all came together.” 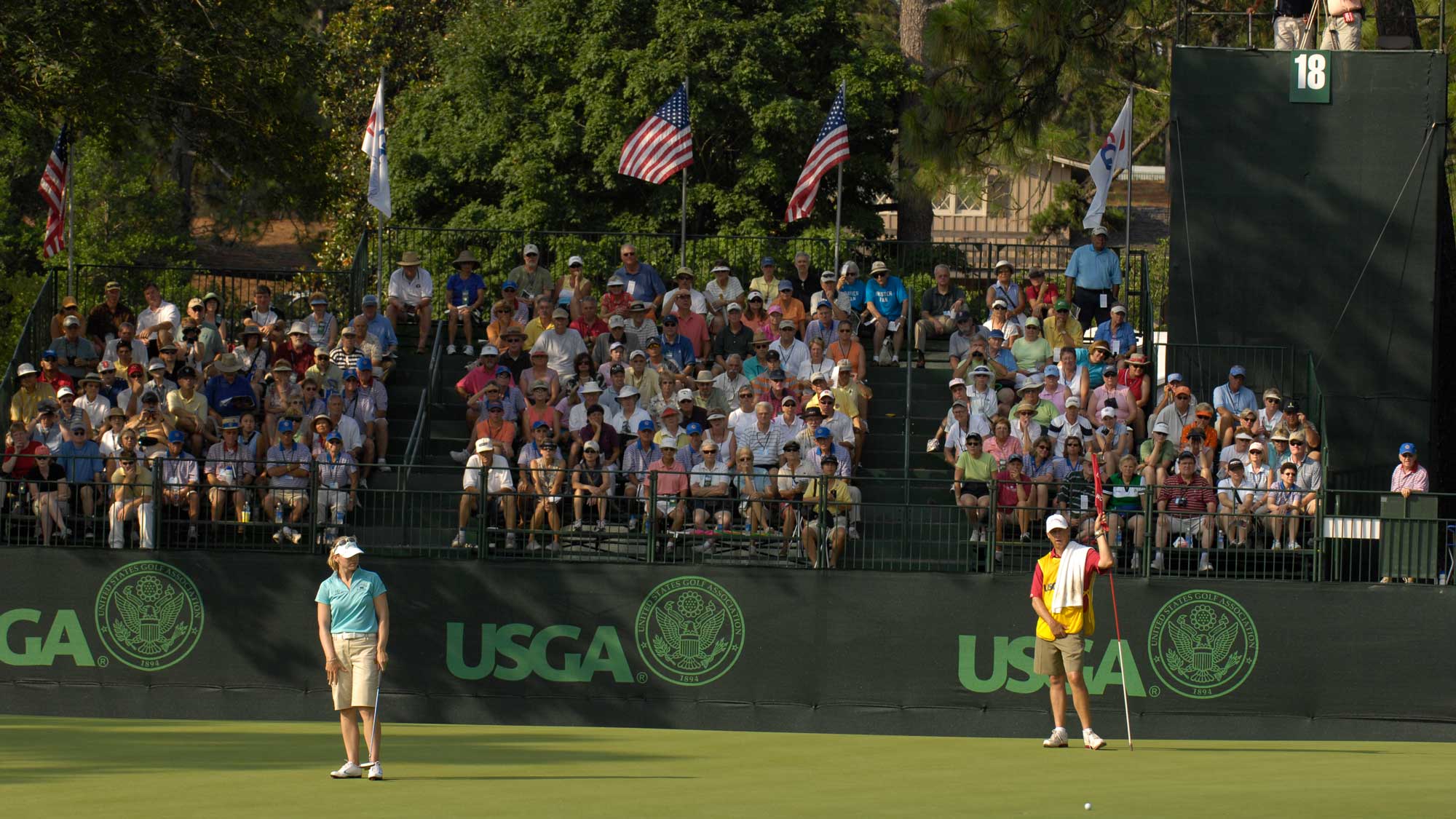 Sorenstam’s celebrated career includes 72 LPGA Tour titles, 10 major championship wins and eight LPGA Tour Player of the Year honors. Her professional career was jump-started by a come-from- behind, one-stroke victory in the 1995 U.S. Women’s Open at The Broadmoor. A year later, she successfully defended her title at Pine Needles with a six-stroke victory. Ten years later, her third U.S. Women’s Open win and final major title came in an 18-hole Monday playoff over Pat Hurst in 2006 at Newport Country Club.

The 2003 World Golf Hall of Fame inductee was elected president of the International Golf Federation in 2020. Sorenstam was the recipient of the 2012 Bob Jones Award, the USGA’s highest honor, which recognizes an individual who demonstrates spirit, personal character and respect for the game. Her time in recent years has been spent raising her two children, Ava and Will, with husband Mike McGee and participating in a variety of ventures to grow the game through her Annika Foundation.

Online entry applications for the U.S. Women’s Open opened on Feb. 16 and continue through Wednesday, April 6 at 5 p.m. EDT at champs.usga.org. The championship is open to female professionals and amateurs with a Handicap Index® not exceeding 2.4.