Grant, Stark, and Maguire in Contention in Costa del Sol

Grant, Stark, and Maguire in Contention in Costa del Sol

The 17-year-old began the day on three-under and soon found some momentum making three consecutive birdies on holes four through six to make the turn in 33 (-3).

And Fernandez, who was part of the triumphant Team Europe at the 2021 PING Junior Solheim Cup, rolled in further birdies on 11, 13, 14, 15 and 18 to put her in pole position on 11-under-par heading into the weekend.

“It makes me very happy,” said the teenager. “I played an amazing round today. I made a lot of putts, and I enjoyed it a lot.

“I’m very happy and I’m glad to be here and tomorrow I hope to continue playing like this and I hope to get in the last group on the last day.

“Playing the LET tournament in Madrid allowed me to get to know professional tournaments because they are very different than the amateur ones. I am nervous also, it’s a thing you can’t control but if you control it well it’s okay to have some nerves on course.

“Yesterday I was more nervous because I played with Azahara [Muñoz] and she’s a really good player. Today I was more relaxed, my sister is my caddie, so she was speaking with me all the time and I played with Carla another Spanish amateur. I was relaxed until 15 when all the cameras were there, but I finished with a birdie so I can’t be happier than I am.”

In second place and just one shot behind is 2022 Race to Costa del Sol leader Linn Grant, after she produced another round of 68 (-5) at Alferini Golf.

It was an error-free day for the four-time LET winner who made back-to-back birdies on eight and nine, before rolling in another on 11 and finishing with two more on 16 and 17 to put her on 10-under-par.

Grant said: “I had a bit of a better start today than yesterday, still there’s a lot of birdie chances out there and I feel like I missed out on a couple.

“It was still a good round though and I feel excited about the weekend. It was stress-free in terms of not doing anything terrible, but still stressful in terms of not getting the ball where I wanted it.

“I feel like you hit pretty good shots onto the green and you think a putt is going to go one way and it goes the other, I’m not sure if it’s because a bit softer now it’s in the afternoon but they’re hard to read. I hope I have a better handle on the greens, but I’m not sure. I think I have to work on them a little bit.”

Ireland’s Leona Maguire sits in third place after 36 holes having produced another solid round on day two, signing for a bogey-free 69 (-4) to be two shots behind the leader on nine-under-par.

Four players are in a tie for fourth place on eight-under-par with Swedish duo Maja Stark and Caroline Hedwall alongside Switzerland’s Morgane Metraux and England’s Cara Gainer.

It was another round of 69 (-4) for Stark, who sits second in the 2022 Race to Costa del Sol, with six birdies and two bogeys on her card.

“I’m a little bit disappointed, it was pretty much exactly like yesterday,” said the five-time LET winner. “I hit a lot of fairways, lots of greens – I only missed one today – but I didn’t make any putts at all.

“It’s a good thing that I’m frustrated with four-under because if I was happy then I think I’d settle but I’m ready for the chase this weekend.”

Stark needs to finish ahead of rival Grant to have a chance of winning the Race to Costa del Sol title and she was left frustrated with a bogey on the last, but is trying to keep her emotions in check.

She continued: “I think I have more room in my brain for problem-solving when I don’t get so frustrated. On the last putt, that was all the frustration from all day coming out, but I managed it better than I usually do.

“I’m still trying to figure out exactly what’s wrong with the putter, I might have figured it out on hole 15 but then I had very long putts so I couldn’t really use it. It still feels good, it’s nice to chase and I’m excited about tomorrow and want to play better, so that’s better than being too relaxed right now.

“I usually putt better when I’m chasing, maybe this time it will help too. I usually become a bit more aggressive. When I have a lead, I usually putt worse and get way too defensive – it should be a good thing!” 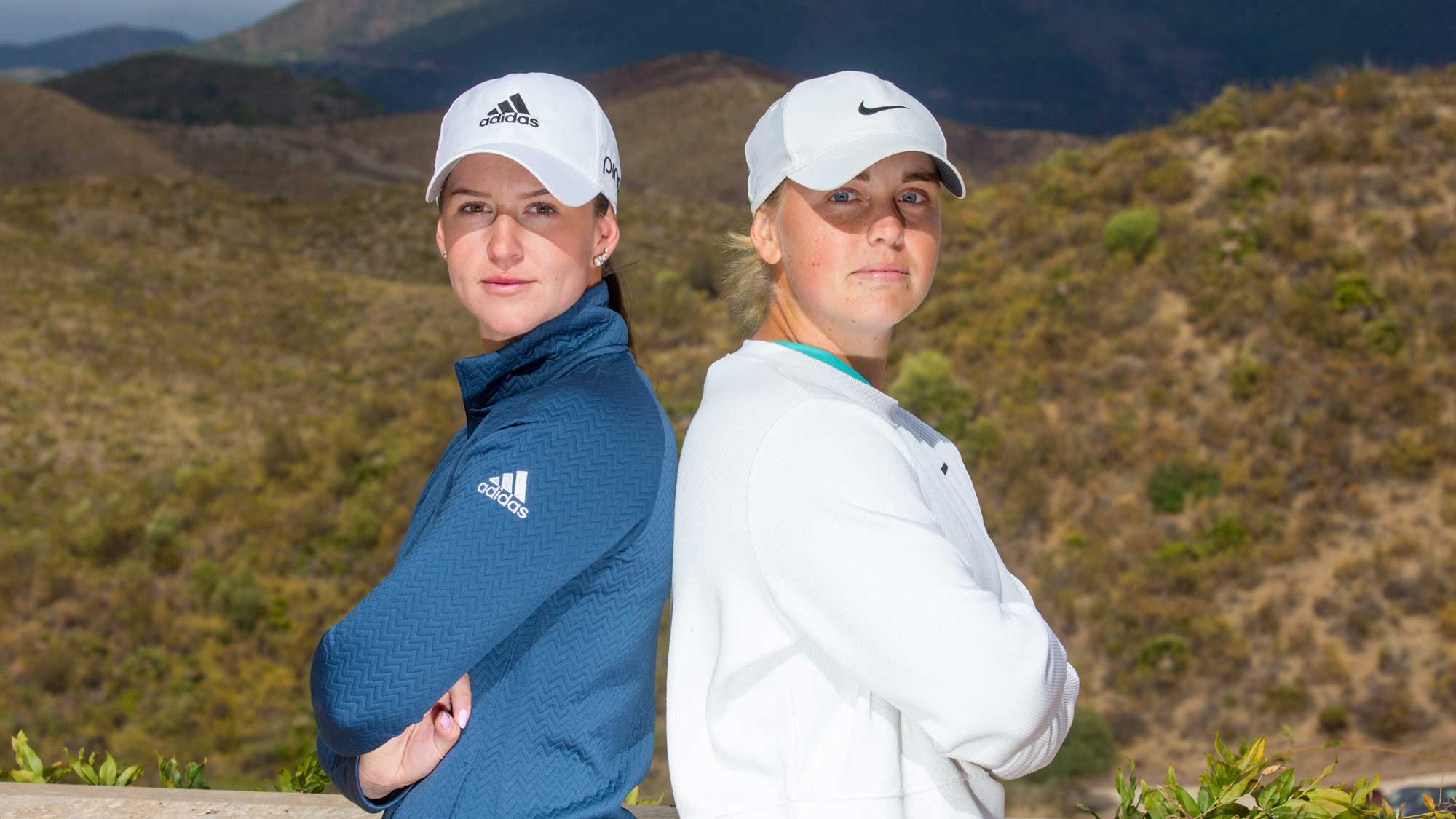