DAYTONA BEACH, Fla., April 12, 2022 – The LPGA Foundation announced today the eight high-school graduates selected to receive the 2022 Marilynn Smith Scholarship, as well as the two graduates awarded the Phyllis G. Meekins Scholarship and one awarded the Dinah Shore Scholarship. These 11 students went above and beyond with their outstanding academic excellence and leadership skills and were active in their communities, while also fulfilling specific requirements for each scholarship award.

The Phyllis G. Meekins Scholarship, established in 2006, celebrates the achievements of a female high school senior who identifies herself as someone from a minority background whose dream it is to pursue a full-time course of study while playing golf at an accredited college or university in the United States. The two recipients of this award will each receive a $5,000 scholarship.

The Dinah Shore Scholarship was established in 1994, the year that Hollywood personality and original Chevron Championship host Dinah Shore was inducted into the LPGA Hall of Fame as an Honorary Member. The scholarship is given to a female high school senior who plans to attend college but not play golf at the collegiate level. The recipient of this award will also receive a $5,000 scholarship. 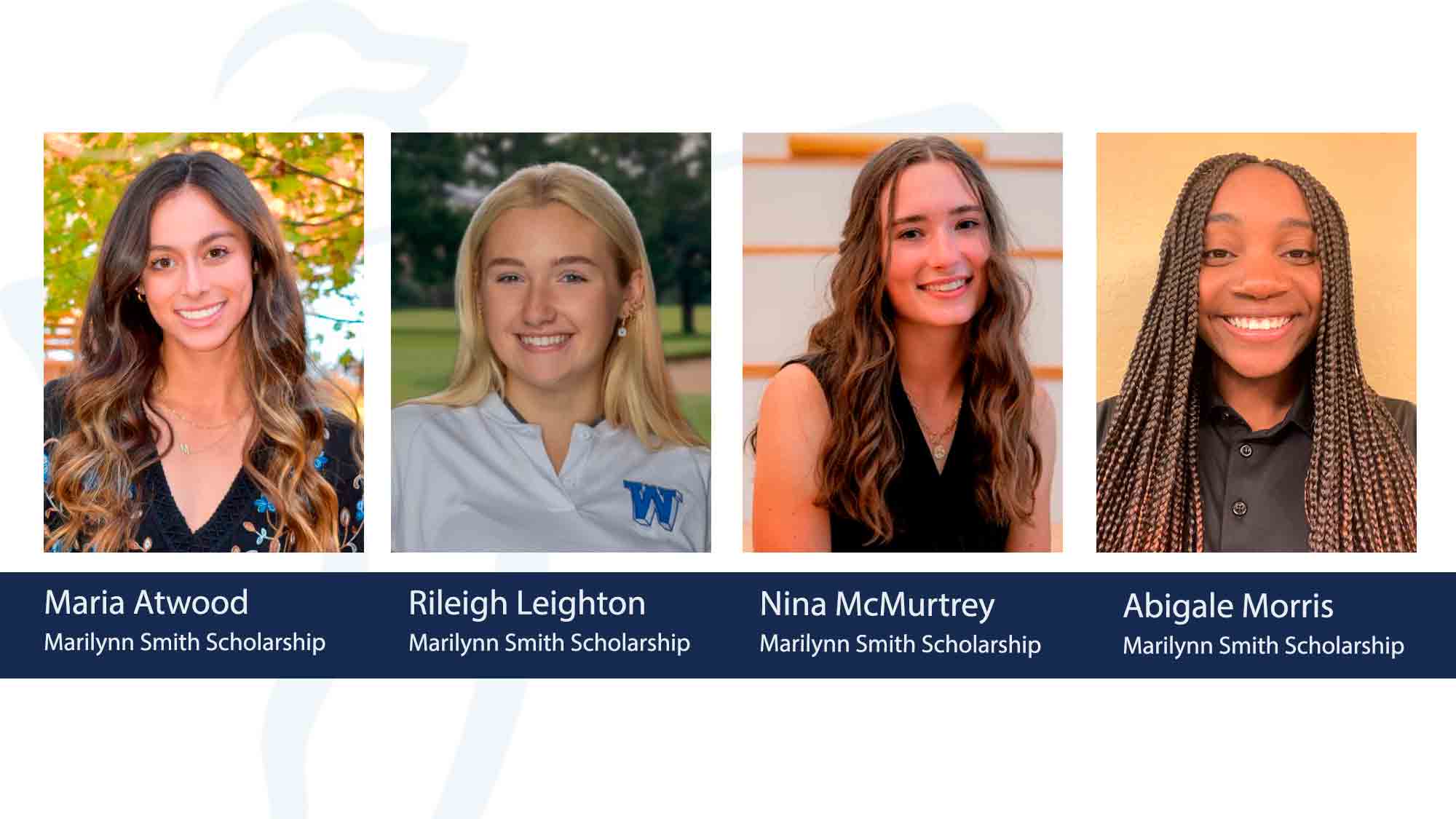 Maria Atwood is graduating from Holly Springs High School in Holly Springs, N.C., where she is four-year captain of the girls golf team, President of LEO Club, a Leader in Fellowship of Christian Athletes and a student council grade level representative. She is also a member of the National Honor Society, National Science Honor Society and JOY club. A member of the Peggy Kirk Bell Girls Golf Tour, Atwood is a tournament intern for U.S. Kids Golf and a host/commentator for Fairway Films.

Atwood will play golf for James Madison University in the fall while working towards a degree in business management with a minor in sports communications, with a goal to be a golf commentator on Golf Channel one day.

Rileigh Leighton is graduating from Williamstown High School in Williamstown, N.J., where she was team captain and MVP for the varsity girls golf team and the Tri-Country Girls Golf Champion. Outside of golf, Leighton is a member of the varsity volleyball team, National Honor Society, Senate and Student Council. She is also the CEO and Founder of Rileigh’s Rainbows, a non-profit that has provided free school supplies to over 1,100 low-income students.

Leighton will play golf for Wagner College in the fall while working towards a degree in Business Administration with a concentration in Marketing as well as studying French and Finance. She hopes to one day fulfill her childhood dream of building a homeless shelter.

Nina McMurtrey is graduating from Glasgow High School in Glasgow, Ky., where she competed on the varsity golf, basketball and swim teams and maintained a 4.0+ GPA through 11 AP classes and two dual credits. A Girls Golf member through the Peggy Kirk Bell Girls Golf Tour, she helped lead her team to win regionals and was the individual All-A State Champion. McMurtrey is also Chapter President and regional Vice President of Finance for the Distributive Education Clubs of America (DECA) and a Governor’s Scholar for Entrepreneurs (GSE).

In the fall, McMurtrey will attend Centre College and plans to major in finance while playing golf, with aspirations to pursue an MBA after graduation.

Abigale Morris is graduating from Canyon View High School in Waddell, Ariz., where she was President of the Future Business Leaders of America (FBLA), Service Chair and Vice President for the Interact Service Club and a Black Student Union Advocacy Representative. A four-year member of the varsity golf team, she was named team captain and competed in the state tournament for three straight years. Morris was also a member of LPGA*USGA Girls Golf – Phoenix, a national member leader of the GenZ Golf Council and competed in the PURE Insurance Championship.

Morris will attend Biola University in the fall, where she will major in cinema and media arts with a concentration in cinematography while playing golf. From there, she plans on starting her own film business on the way to fulfilling her dream of working in Hollywood.

Hannah Nimmo is graduating from Wolfe City High School in Wolfe City, Texas, where she was President of Beta Club, a member of Student Council and an editor for her school’s yearbook. Throughout her four years on the varsity golf team, she has been the UIL District, regional and state golf champion as well as team MVP and co-captain. A competitive golfer since the age of 4, Nimmo would one day like to run a local U.S. Kids Golf tour.

In the fall, Nimmo will play golf for Fort Hays State University and major in biology with a minor in Spanish. Her dream is to become an orthopedic surgeon specializing in sports medicine, with a secondary goal to revolutionize treatments so injured athletes like herself never have to be told that they can no longer play their beloved sport.

Cybil Stillson is graduating from NorthWood High School in Nappanee, Ind., where she was Senior Class President, on the Fundraising/Marketing Committee for the National Honor Society, a member of her school’s varsity volleyball team and a three-time captain of the varsity golf team. She was honored with the IHSAA Mental Attitude Award, set the low score record during the state tournament, and became the second player in Northern Lakes Conference history to be the conference tournament individual medalist all four years.

In the fall, Stillson will play Division I golf for Butler University and major in journalism with a sports media focus. After college, she plans to play on the Epson Tour, with dreams to become a major champion on the LPGA Tour like Marilynn Smith was.

Avery Thompson is graduating from The Kinkaid School in Houston, Texas, where was Treasurer of the Business and Climate Change clubs, a member of the National Society of High School Scholars and the Thespian Honor Society, performed in several school musicals and competed on the varsity cross country team. She was also a five-year varsity letter winner, captain of the varsity golf team her senior year and has played in USGA, AJGA, IMG, Notah Begay and other competitive golf tournaments across the nation.

Thompson will attend the College of William & Mary in the fall, where she will major in government with pre-law advising while playing Division I golf. After college, she would like to pursue opportunities in Washington, D.C. before going back to law school.

Olivia Wilkie is graduating from Hilton Head Preparatory School in Hilton Head, S.C., where she competed on the varsity volleyball, cross country and golf teams while maintaining a 4.0+ GPA. She competed in the state championship three times and captained the varsity golf team her senior year. Wilkie is also a member of the National Honor Society, a volunteer tutor for English and earned Hilton Head Preparatory School Trustee Honors her junior and senior years.

In the fall, Wilkie will attend the University of Richmond and plans to major in math while playing Division I golf. After completing her undergraduate studies, she would like to attend graduate school and potentially study actuarial science. 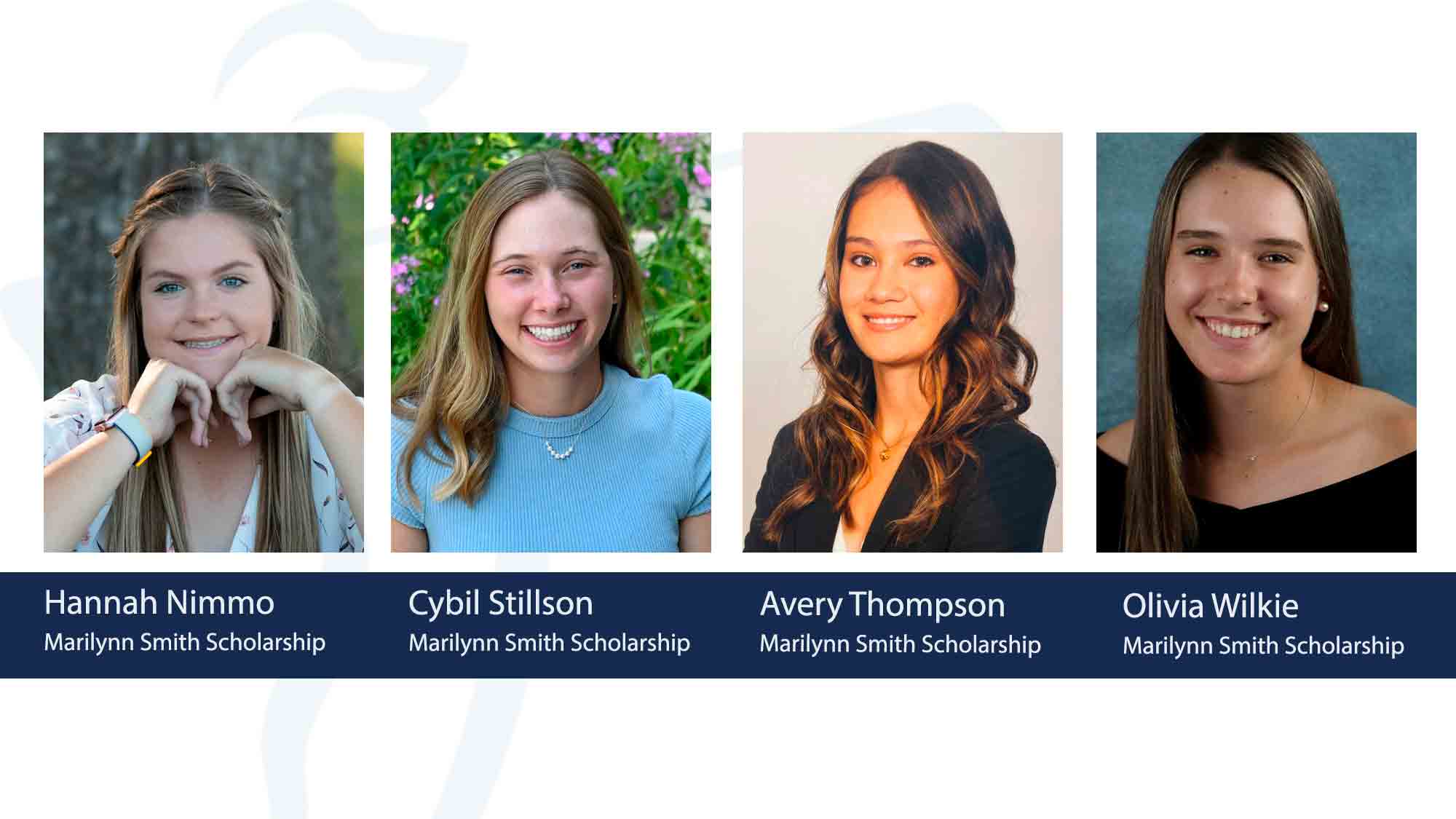 Dariel Gray is graduating from Charles Herbert Flowers High School in Upper Marlboro, Md., where she competed on the golf team and participated in choir, robotics, Mathletes, soccer, ice hockey and lacrosse. She also served as Treasurer for the National Honor Society and Student Government Association. Outside of school, Gray volunteered at the Bowie Food Bank and attended NASA’s “She Can Camp.”

Gray will play golf for McDaniel College in the fall, with plans to master computer science and work at a major company after her studies. Her ultimate aspiration is to create her own business and invent her own computer software, providing access to technology through charitable donations to those in need.

Rylie Spaulding is graduating from Wagoner High School in Wagoner, Okla., where she was co-captain of the varsity golf team, President of the Science Club and a member of the varsity volleyball team, Mu Alpha Theta and the National Honor Society. She was named Class Valedictorian and was a Coca-Cola Scholar Semifinalist.

In the fall, Spaulding will play golf for Oklahoma Baptist University and major in biology with a pre-med emphasis. After graduating from college, her goal is to attend medical school to ultimately service the indigenous tribes of Oklahoma, addressing increased health issues and solutions with tribal members.

Magdalyn Poole is graduating from Blue Ridge High School in Greer, S.C., where she was captain of the varsity golf team and junior varsity Basketball team, a varsity basketball player and President of the National Honor Society and her senior class. Dedicated to serving her community, Poole organized and held a drive that collected over 600 items to donate for displaced children. She also participated in mission trips to Guatemala, was a nursery worker and coached children in basketball.

Poole will attend Anderson University in the fall, with plans to major in kinesiology on her way to earning a doctorate in physical therapy. Her ultimate goal is to help athletes like herself who were once injured and require physical therapy, in addition to those like her father, who lost his battle to ALS in 2016.