More than 16,000 hoodies were sold with over $350,000 raised for the LPGA Renee Powell Fund and Clearview Legacy Foundation

DAYTONA BEACH, Fla. (Feb. 1, 2022) – It started as an idea in a text message and became a movement. The #HoodieForGolf campaign, led by Michelle Wie West, was designed to raise awareness of the LPGA’s commitment to “change the face of golf” and generate support for two important non-profits. The hoodie movement took the sports world by storm, with celebrities, athletes and fans wearing the cotton-candy tie-dye sweatshirt and posting photos on social media. With the sale of the limited-edition product coming to an end, the LPGA is sharing the outcomes at the beginning of Black History Month and on the eve of National Girls and Women in Sports Day.

The #HoodieForGolf campaign was largely driven through social media engagement. It began with posts on April 14, 2021 featuring NBA players Damion Lee and Kent Bazemore and continued with engagement from Robin Roberts, Ellen DeGeneres, Steph Curry, Michael Wilbon, Niall Horan among many others. The campaign was also supported by members of the PGA Tour and Golf Channel’s all-female broadcast team. Wie West’s personal engagement helped drive the success of the viral campaign, along with her partners in the effort, Renee Powell and Roberta Bowman. 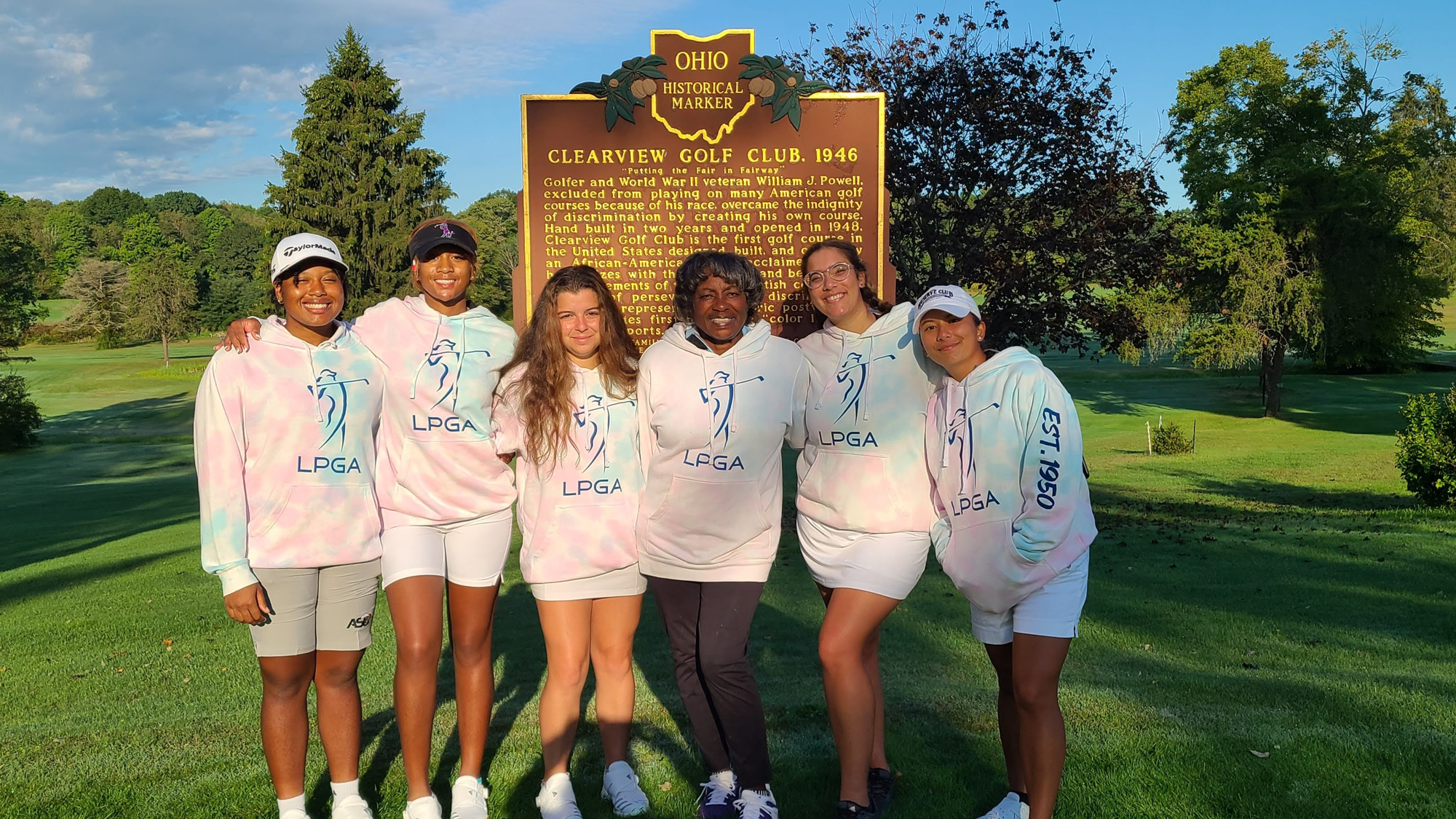 “I’ve been amazed by the support for the hoodie and what this campaign represents – for the LPGA and our commitment to increase diversity in golf,” said Wie West. “We just wanted to create something that was easy to access and would make a statement. The hoodie is all-inclusive – worn by men and women of all ages, races and backgrounds. We want golf to be an inclusive sport and to increase access for people who haven’t had access to the game for a really long time.”

All LPGA proceeds from the #HoodieForGolf campaign were split between two non-profits doing important work to increase diversity in golf: the LPGA Renee Powell Fund and the Clearview Legacy Foundation. Powell, the second African American to play on the LPGA Tour, is currently the head golf professional at Clearview Golf Club. Clearview celebrated its 75th anniversary in 2021 and is the only course designed, built, owned and operated by an African American. The Clearview Legacy Foundation's mission is to preserve Clearview Golf Club, built by Renee’s father, Bill Powell.

Through the LPGA Renee Powell Fund, the number of Black girls participating in LPGA*USGA Girls Golf programs has increased by more than 50%. Due to the overwhelming success of the #HoodieForGolf campaign, the LPGA Foundation has worked to broaden the Renee Powell Fund. The Renee Powell College Scholarship will boost the representation of and opportunity for Black girls within the collegiate golf space, while the Renee Powell Education Fund will increase the number of Black LPGA Professionals certified to teach golf by providing financial assistance to candidates in need.

“I am so proud of what this campaign has been able to do,” said Powell. “It created more fans for the LPGA and brought about more awareness of Clearview Golf Club and the Clearview Legacy Foundation. Most importantly, it allowed all of us to open more doors for girls that look like me and give them an opportunity to play this incredible game of golf.”

The #HoodieForGolf has also reinforced a new, contemporary dimension of the LPGA brand and expanded promotional horizons. DICK’S Sporting Goods joined the movement in the fall, selling the hoodie at select locations across the country, and the World Golf Tour (WGT) by Topgolf created a “virtual” hoodie to sell to their players.

“The response to this #HoodieForGolf campaign has really opened our eyes to the strength and commitment of our community of fans,” said Roberta Bowman, Chief Brand and Communications Officer for the LPGA. “They are diverse. They are passionate about the LPGA. And, they are proud to wear this hoodie-with-a-purpose.”

While the #HoodieForGolf was a limited-edition product for 2021, the remaining inventory is still available on LPGAProShop.com, while supplies last. 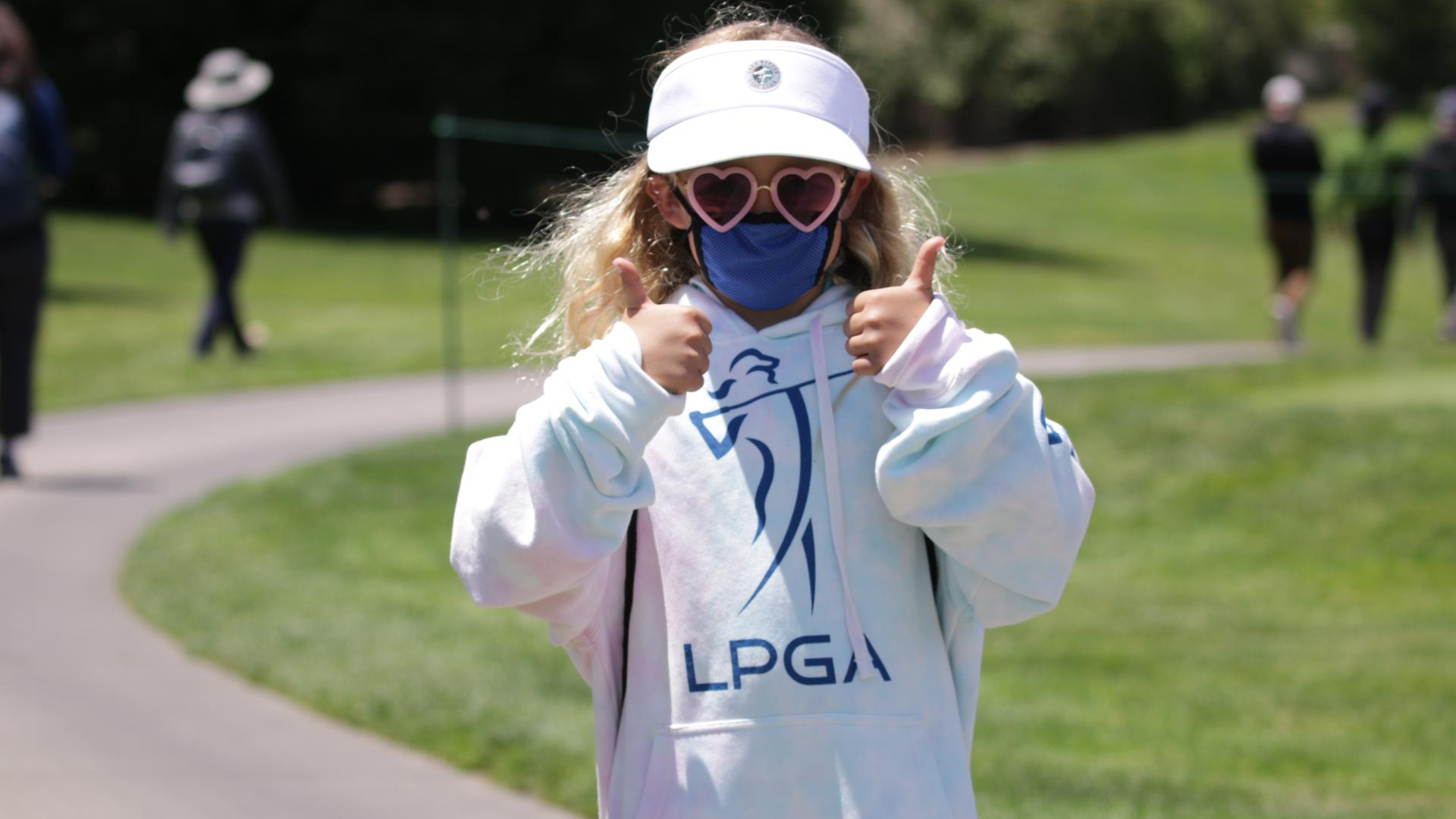