Golf is a game of streaks. On the upside, players go through times when the hole looks like a canyon that you couldn’t miss with your eyes closed, and the swing feels as natural and routine as a stroll around the block. Those are the times when players see the blades of grass where they want their shots to land; where their minds are crisp and clear, a fortress where nary a negative thought may pass; where their ability to strike a shot in the center of the clubface seems as easy as slapping yourself on the thigh.

Then, one day, just as quickly as the feelings have come, they’re gone, vanished like the puff of smoke in a summer breeze. The hole that once looked like a cavern appears as small as a thimble, and the swing that felt so free and effortless just a few days before is now more complicated than calculus. Target lines blur and the mind becomes a jumbled mess of swing thoughts and anxiety.

As Butch Harmon put it, “There’s only one truism in golf: no matter how you’re playing, it will change. If you’re playing bad, keep working at it, and you will turn it around, and if you’re playing good, enjoy it while it lasts, because it’s eventually going away.”

That’s why players try to peak for majors. It’s hard to turn it on the Monday of major championship week when you’ve been on the bad side of a streak coming in. There are exceptions, certainly. But with the first major, the Chevron Championship, just a couple of weeks away, it’s good to see a player like Nanna Koerstz Madsen riding a wave and realizing her potential, finding the winner’s circle for the first time at the Honda LPGA Thailand. 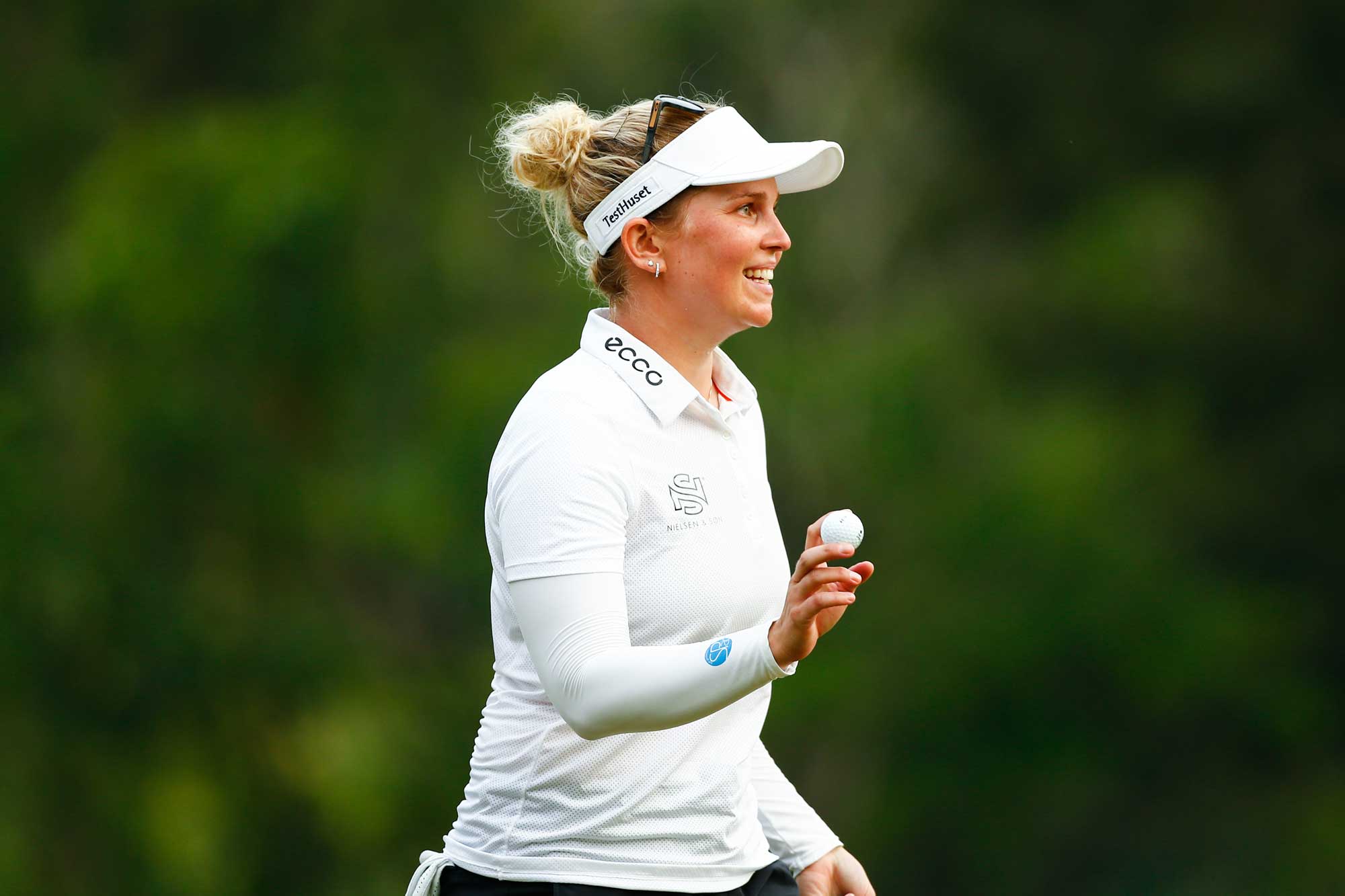 She is the first Danish winner on the LPGA Tour, a breakthrough that she described as a “dream come true.” But there are no Danish major champions. Thomas Bjørn came close. He was runner up twice at the Open Championship, once when Tiger Woods ran away with the Claret Jug at St Andrews in 2000 and again in 2003 at Royal St. George’s. Bjørn led late into the final round that year before conditions turned sour and Ben Curtis stole the show. Bjørn also finished runner up at the 2005 PGA Championship at Baltusrol when Phil Mickelson hit a flop shot to a foot on the final hole to win.

So, what would it mean for Koerstz Madsen, at age 27, to capture a major title? For starters, it would be retribution, a thumb in the eyes of those who doubted her after the finish she had in the final major of 2021. For any who have forgotten, she was neck and neck with Anna Nordqvist at the AIG Women’s Open at Carnoustie until the final hole at the famed course – the one that proved to be Jean van de Velde’s downfall in 1999 – claimed another victim. Koerstz Madsen hit a shank from a greenside bunker and finished with a double bogey.

Now, Koerstz Madsen, who was a three-time winner on the Epson Tour, has fired rounds in the sixties in nine of her last 11 LPGA Tour rounds and hasn’t finished outside the top-20 in an event since the first of February.

Throw in the fact that she is long, straight, has a great putting stroke and a fearless (if not sometimes fiery) demeanor, and you would have to like her chances on the Dinah Shore Tournament Course at Mission Hills.

“I’m sure there will be more to come,” she said after the win in Thailand.

Perhaps sooner rather than later. Golf is, after all, a game of streaks.