Before the Tiger vs. Phil match in 2018, hardly anyone knew anything about Shadow Creek Golf Course in North Las Vegas, Nevada. The pristine Fazio design lay tucked away in the Mojave desert – a privately-owned oasis for real estate and casino mogul Steve Wynn and a luscious golf mecca for the rich and famous – until the property was acquired by MGM Resorts International in 2000.

But when the curtain was pulled back during that afternoon match four years ago in late November, golf fans were enamored, immediately falling in love with the immaculate layout and pure conditions, drooling over the perfectly manicured fairways and greens, hungry for more of the extravagance. Since The Match, Shadow Creek has only hosted two other nationally televised events and this week, fans will once again get a chance to see the course in all its glory as the LPGA’s best tee it up in the second edition of the Bank of Hope LPGA Match-Play presented by MGM Rewards, thanks in large part to Superintendent Greg Niendorf and the Shadow Creek agronomy team. 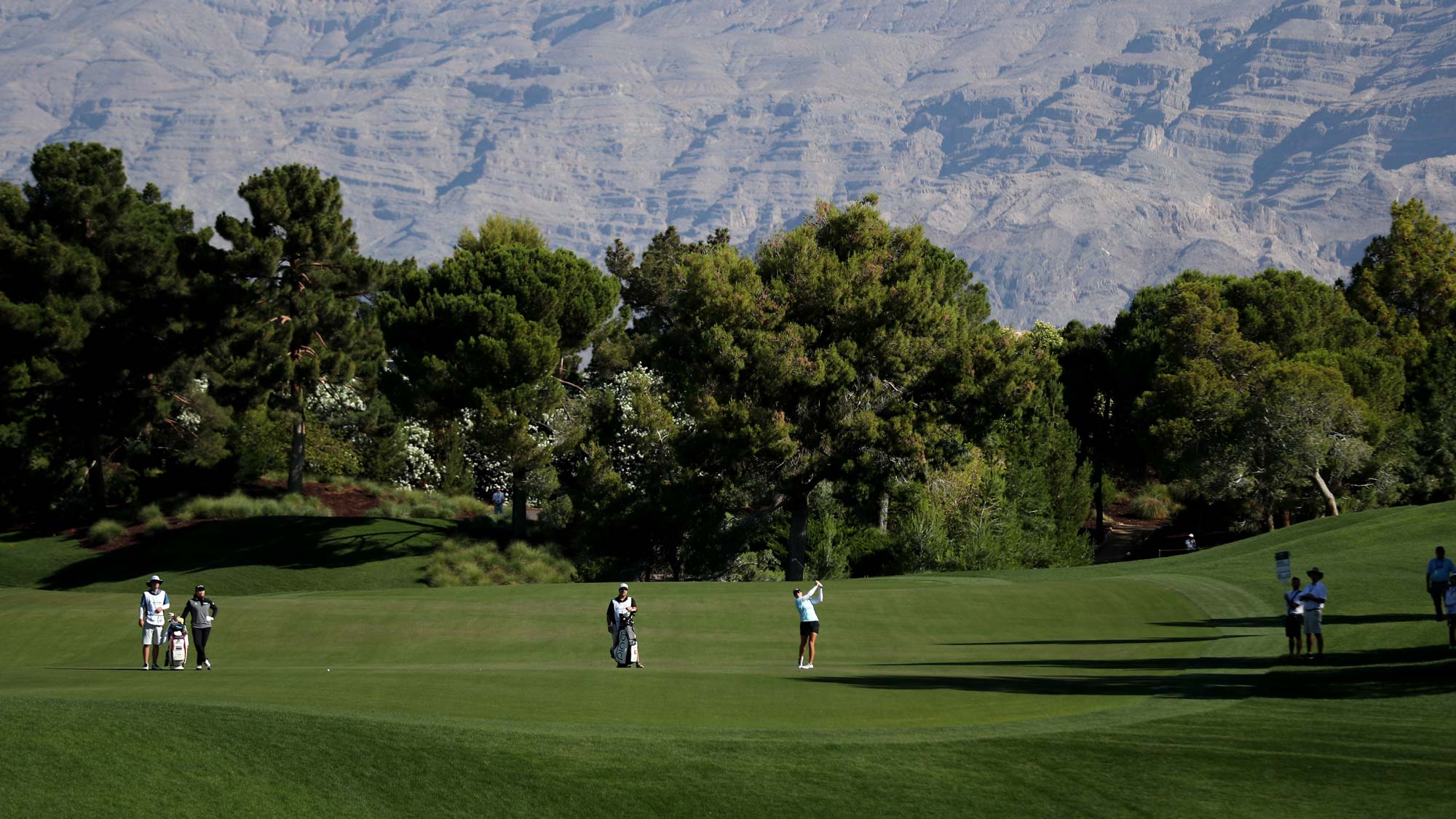 “We're fortunate enough to have a staff that put their lives on hold for these events,” says Niendorf. “They're motivated. They really deep down care about the golf course and how it shows. We were thrilled to have the women out here (last year). I think everybody had a good time and at Shadow Creek, both my staff and the clubhouse staff, they're thrilled to have everybody out here.”

Expectations are high for Niendorf’s staff when it comes to day-to-day maintenance at Shadow Creek, but a large crew and abundance of resources allows Greg’s team to handily meet that demand for excellence, providing every golfer a top-notch, once-in-a-lifetime playing experience on a daily basis. And it’s that week in and week out consistency that gives Shadow Creek a leg up when readying their course for elite professional play.

“On a day-to-day basis, we're in pretty good shape. There's more detail work involved and when it gets right up to these events, it's just more frequent mowing for us,” Niendorf says. “We are working a little bit of overtime because, this time of year, we do have some additional groups out there playing golf that we might not have in December so we're just trying to work around our guest play and get stuff done around them. But at this point, we're pretty much just mowing everything daily to fine-tune the playability of the golf course for the women.”

It also helps to have a reliable partner in John Deere who provides Niendorf and his staff the equipment necessary for such high-level upkeep. “Historically, we used competitors’ products, and more recently, we have slowly made the switch over to John Deere, with Stotz (Equipment) being our local distributor, for that reason – that the local service is far better than the competitors. I don't think we've been in a situation yet where they haven't gone above and beyond to help us out and get us what we need.”

Annie Giangrosso, Director of Rules and Competition for the LPGA Tour, has set up a lot of golf courses during her nine years with the Tour and recognizes the benefit of working with a team like Niendorf’s who puts an immense amount of effort into the upkeep of their facility. A well-run tournament starts with well-thought-out setup and when a facility has every last detail buttoned up in terms of maintenance, it allows rules officials the freedom to prepare the course for competitive play without having to concern themselves with the particulars.

“When a golf course is consistently in good shape and the grounds staff takes great pride in their work on a daily basis, it makes LPGA tournament days seem “normal”. Their routine is not drastically different just because 64 of the best players in the world are now playing their course,” Giangrosso explains. “This helps me out immensely during setup because the details are taken care of out of habit. I’m not worried about small things – bunker rake placement, holes being cut correctly, etc. – so I can focus on setting up for that round of matches without the fear that my next big problem is lurking around the corner.” 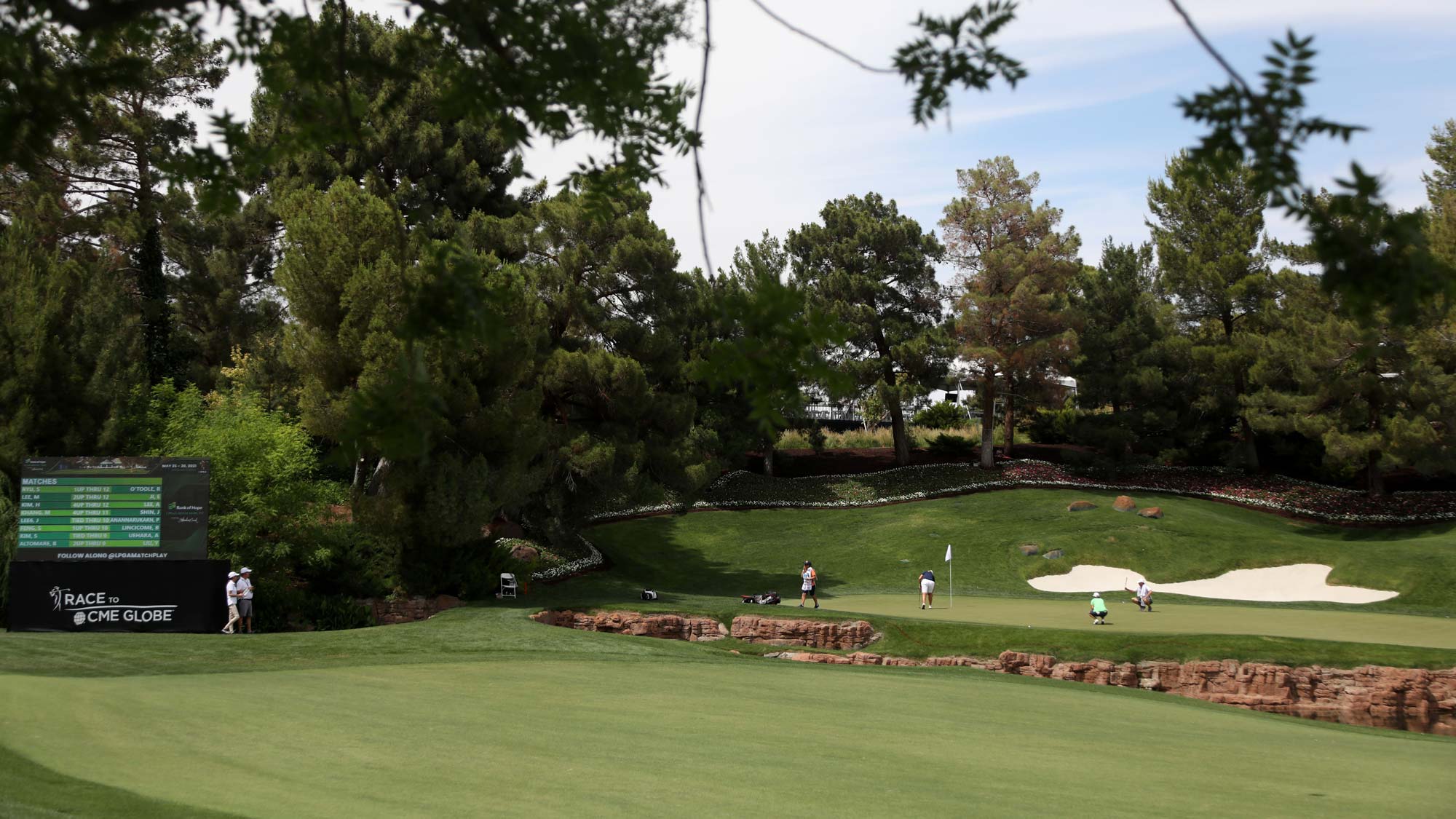 As far as what players and fans can expect this week at the Bank of Hope LPGA Match-Play, Niendorf says Shadow Creek won’t play much differently than it did last year. Though the golf course has a lot of trees and a lot of micro-climates caused by pockets of humidity created by the prominent water features on the property, in true desert fashion, conditions will be firm and fast.

“All the heights of cut are the same. We don't typically have rain come through this time of year so it's going to be dry,” Niendorf says. “The fairways are going to play fast and firm. The greens are going to be pretty much the same as last year. They're probably going to run 11 ½ or 12 and be somewhat firm and be firming up later in the week as the week goes on.”

Giangrosso is eagerly anticipating the tough test that Shadow Creek will provide for the field of 64 and expects some drama to unfold as matches progress. “A good match-play course provides players options and forces them to make decisions. Shadow Creek certainly fits that bill, especially when you step onto the tee of three of the four par 5s. Hole 4, hole 7 and hole 9 will play as reachable par 5s throughout the tournament and are sure to be a factor in setting the tone for every match before even making the turn.

“Shadow Creek is hard. It’s always been hard, and will always be hard. I’m not sure we would want it any other way.”

Though the promise of great golf is exciting, Niendorf is more looking forward to his staff’s hard work being showcased once again on the national stage. Very rarely are agronomy teams recognized for their day-to-day efforts so having the opportunity to play host to the LPGA Tour and having the beauty of Shadow Creek grace the television screens of thousands of fans across the globe is something that Niendorf and his team are particularly proud of.