The Regreso of Daniela Darquea

The Regreso of Daniela Darquea

With her runner-up finish at the recent AmazingCre Portland Classic, Daniela Darquea, the only Ecuadorian woman in professional golf, has a chance to play for the first time at the final tournament of the season with the 60 best, the CME Group Tour Championship, and has almost secured her LPGA card for the 2023 season.

“I am really, really glad this week happened,” said Darquea, who had to choose between playing on the Epson or the LPGA that week. “It was rough at the beginning of the year, losing the card, going back to Epson. I know I have the game to be here.”

Her $139,217 paycheck at AmazingCre is more than she has ever made in a single season, nearly half of her career earnings, and almost three times the amount she has accumulated this year at the Epson Tour, the developmental tour where she had to come back last year after three years in the LPGA Tour.

“Honestly, I was not expecting to play this well this quickly,” Darquea said. “I struggled a lot last year, and obviously coming from that and being able to compete and play good golf, it was really fun. It was good.

“It was painful to realize that I was not playing at the level required. It was a hard year knowing that I was not feeling physically and emotionally well. I started thinking about retiring. I could not take it anymore,” remembered 27-year-old Darquea about giving up her passion for the second time in her life.

It happened before when she was a very promising 14-year-old golfer in Quito, Ecuador. Then her father, mentor and main fan died. She initially thought about giving up her dreams of becoming a top golfer. But she found refuge from her grief in golf, competition, and a tough practice regimen.

Her discipline and academic dedication propelled her to number 71 in the world amateur ranking at age 18, first All-American since 1994 as a freshman (2013) and ACC Scholar Athlete of the Year (2016) with the University of Miami golf team. She then earned an LPGA Tour card in 2018 and represented Ecuador in the 2021 Tokyo Olympics.

“Golf is my friend, it has been there in the good times and the bad times, it has motivated me to improve as a person, it has maintained my discipline,” she said to Ecuadorian reporters before heading to Tokyo, where she finished as the best South American in the field (38th).

“The Olympics where a big motivation to not give up golf,” recognized Darquea, also crediting a perspective switch to the renewal of her love for the game and for herself. “Last year made me put a lot of things in perspective. I am Daniela before I am a golfer. I was not enjoying what I was doing, and that clearly does not work.”

So after Tokyo, the new Daniela dialed down the intensity a few notches. She stopped practicing eight consecutive hours or going to the gym twice a day. “I feel calmer, happier. I feel that I am playing much better. I obviously want to continue elevating my game, but I also want to feel good in my personal life,” she said, as she gets ready to rejoin Colombian Mariajo Uribe and other friends at the LPGA Tour.

“Since I turned professional, I always had Maria Jose. She was always there to accompany me on my decisions and difficult situations,” said Darquea, noting she will miss the 20-some Latinas who have formed the Spanish-speaking support system during her last two years at the Epson Tour.

“Daniela impressed me since she was a little girl. During these years on tour, I always told her she had to dream bigger. Last year’s experiences have helped her learn to trust herself and know she has what’s necessary to win and spend many years on the LPGA,” said 32-year-old veteran Uribe. “I am very happy for her, and I know she is going to reach very high.”

How important was the runner-up finish in Toledo?

“You have no idea,” Darquea said. “It was rough at the beginning of the year, losing my card, going back to the Epson Tour. Literally I had probably one or two chances that I started playing pretty good out here. I had a few good events and then all of a sudden, I was like, okay, should I pick the Epson? Should I pick the LPGA?

“Obviously I picked this one, and I'm really, really happy I did.” 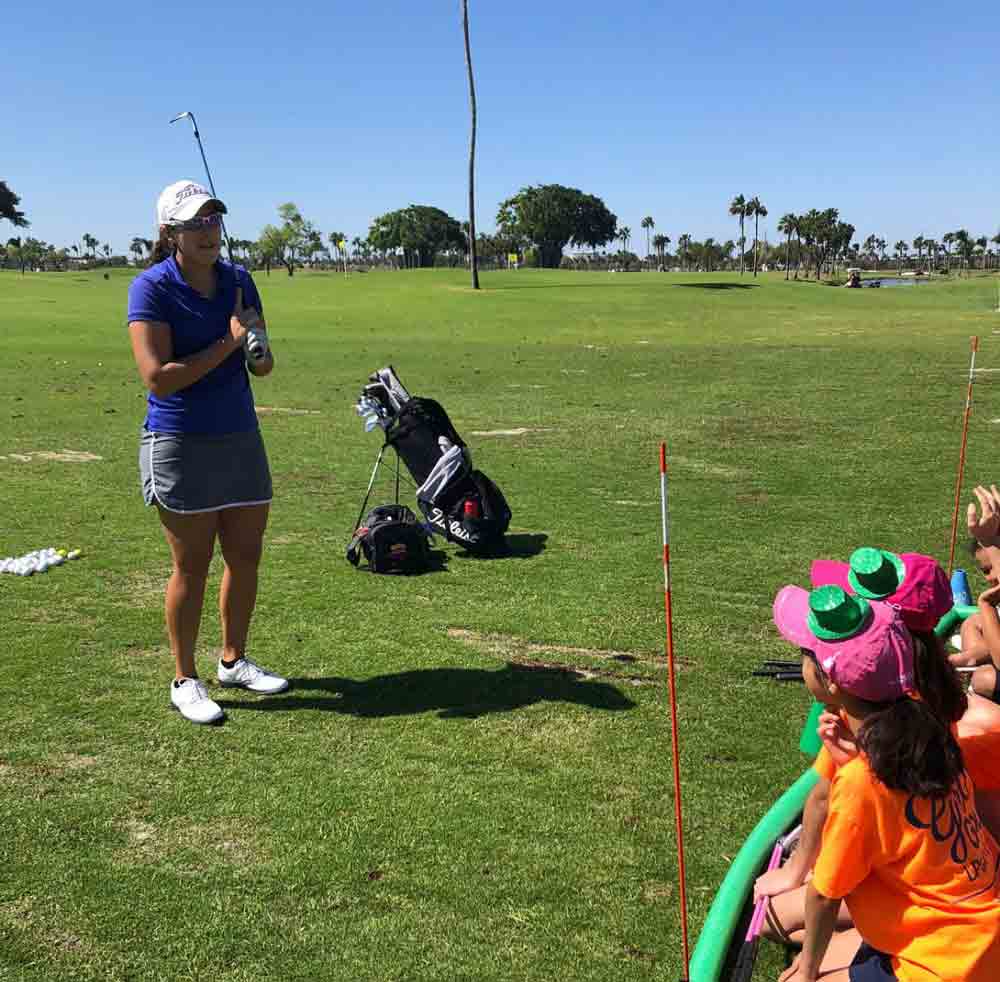