Small ropes divide two largely different worlds. One is desolate, still, and filled with players’ footsteps. The other is lively and roaring with chit-chat between sips of sweet tea. At times, the physical distance can be inches, but the true divide exists in the small fairways between our ears. Players and patrons both are dripping sweat from the scorching temps found in the Sandhills of North Carolina in the first week of June. However, the players feel a different heat. The heat of competition.

That is one that I’ve felt before but did not feel this past week as I walked the fairways at the U.S. Women’s Open. This was the first time in my professional career that I’ve watched women’s professional golf from the sidelines. The last time I attended a U.S. Women’s Open was in 2009 at Saucon Valley Country Club. At the age of 11, I was raw in my playing experience and looked at the players in wonder. I physically walked outside the ropes, but in my mind, I was already a competitor - picturing the shots I would hit and how I would strut down the fairway. With five LPGA starts behind me, this years’ experience at the U.S. Women’s Open offered a different point of view. 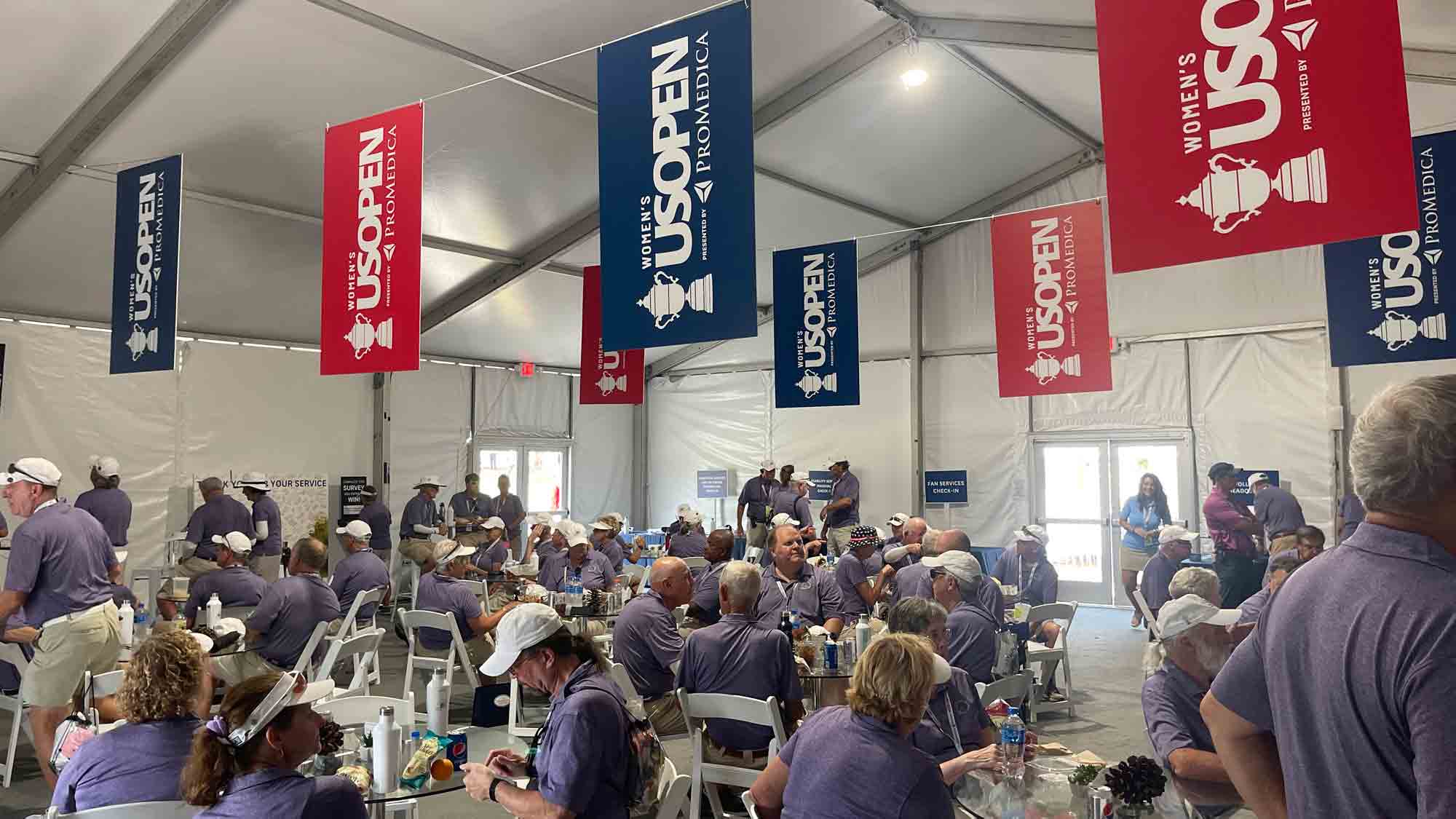 I discovered a completely separate world that existed outside the competitive environment. I picked up on things that as players our focus blinds us to. I watched as swarms of people selflessly worked so players could shine. An army of USGA officials volunteer their time, knowledge, and expertise to conduct a championship properly. Players who already have a place in the history books give back, so future stars can follow. Carol Semple Thompson, a USGA legend hailing from Pennsylvania, announced players on the first tee, and Donna Andrews, a former Tar Heel, made the introductions on the ninth tee. Out of the many times I’ve heard my name announced, this is the first time I realized the joy it brought them to be there and pass the game on to the next generation - an act of honor and kindness that we younger players should feel obligated to carry on.

On the flip side, I saw countless young girls formulating dreams of their own, dressed up as players they hope to emulate. They waited patiently for autographs, pictures, and potential high fives. Patience is required to be a patron. As a player, 18 holes flies by. Our downtime is filled with hydrating, eating, score taking or jotting down yardages. When it comes time to move, we walk wherever we want. However, from outside of the ropes, there is an endless amount of wasted time. Waiting for players to get to their balls, waiting for players to hit their balls, waiting for players to pass the crosswalk, and waiting in line to get a bottle of water. While players look for shortcuts to the hole, spectators search for shortcuts to the shade. All things that, as players, we take for granted.

If there is one thing that I took away from my day at Pine Needles is that there is a lot that we players take for granted. We arrive on sight with tunnel vision - failing to notice the swarms of people working round the clock so we can do what we love. I don’t blame players for walking around with blinders they may not even realize they have on. It’s the result of the toasty temps of tournament golf. I just hope, at one point every competitor has the opportunity to open their eyes to the arena that extends beyond fairways and greens.

I know when I return to competitive golf, I will look at events differently. All the hard work of others won’t go unnoticed, and I’ll be reminded of what a privilege it is to walk pristine fairways for a living.