When Ana Paula Valdés was 13 years old, her dad registered her for the Monday qualifier at the 2010 LPGA Tres Marias Championship, in her home state of Michoacan. Valdés qualified, played along the best in the world and witnessed the last tournament of her idol, Lorena Ochoa, who finished sixth and retired from golf at 28 years of age to focus on her family.

“I did not make the cut, but it was my first contact with the LPGA and Lorena. That’s when I realized golf was what I wanted to do for the rest of my life,” said Valdés, who seven years later turned professional and reconnected with Ochoa for advice and backing of the organization she helped create to empower women golfers, IGPM (Impulsando el Golf Profesional Mexicano).

“They help us financially at the start of the season, we have a group chat with all the Mexican players, and we are always available to each other,” said Valdés, finished 97th in the Ascensus Race for the Card standings on the Epson Tour.

“Gaby is always available, and I love that she gets so involved, as does Lorena, who is always open to help,” added Valdés about her countrywomen, three-time LPGA winner Gaby Lopez and former number one and now retired Ochoa.

It's no secret that LPGA Hall of Famer, @LorenaOchoaR, dominated on Tour. 🙌

Since then she has turned her attention to golf in Mexico. #HispanicHeritageMonth pic.twitter.com/PADT8dPQub

“The most important new initiative is to help the new generations and see how many young girls are working incredibly hard towards their dream. We will guide them through their journey to college and then professionalism,” said Ochoa about the rebranded IGPM, now Xuntas (“juntas” means together in Spanish), and the expansion to young amateur golfers, under the direction of former Epson Tour player Lili Alvarez.

“We see professional golf as the tip of the iceberg, with a large community of girls and women supported by the program and endorsed by excellent sponsors,” said Alvarez, whose contagious enthusiasm is the engine behind the growth of Xuntas and the first site in Mexico of LPGA*USGA Girls Golf, a program specialized in providing girl-friendly environments for juniors to learn the game of golf. 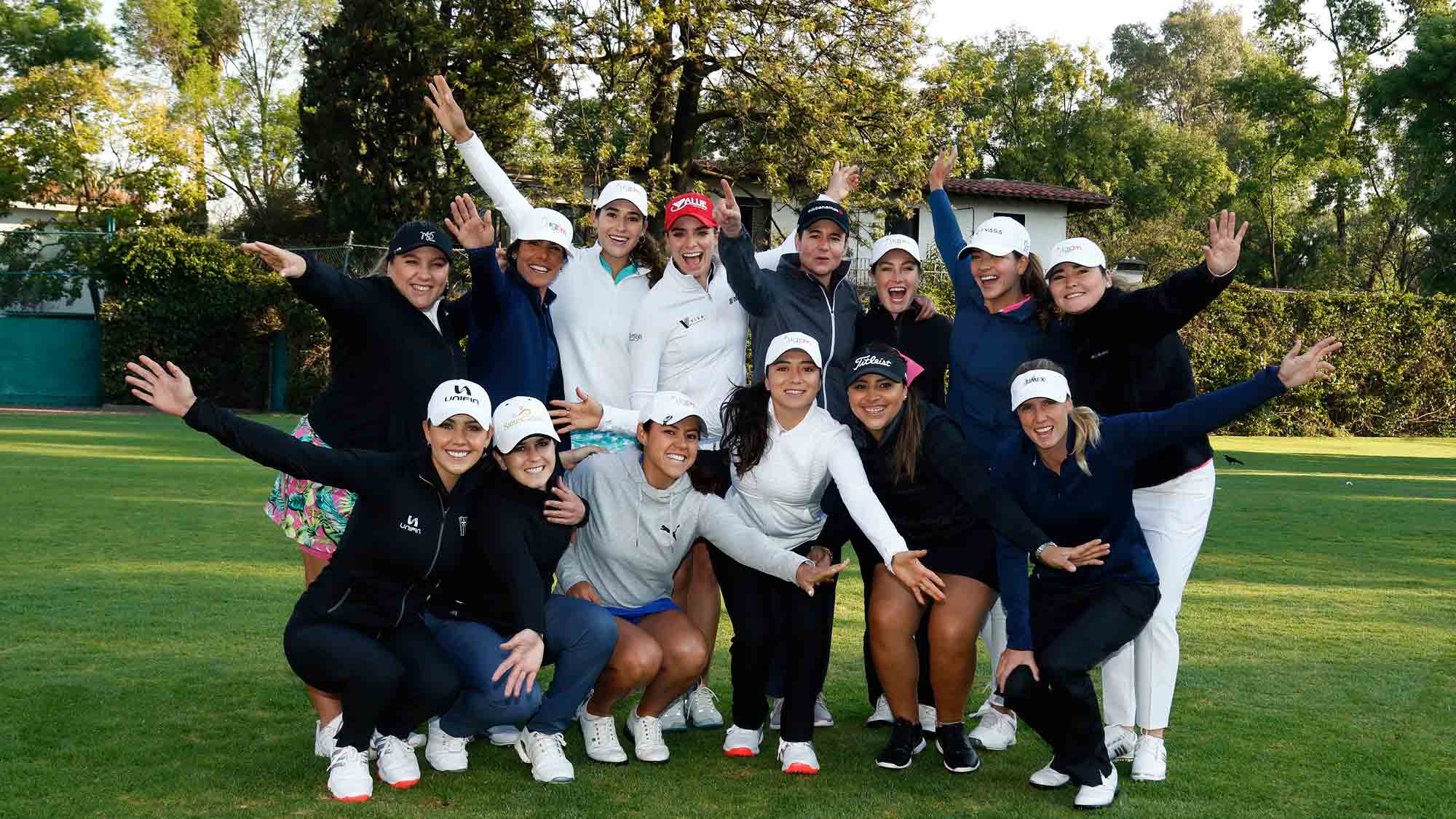 “We want to give girls access to the resources, the community, and the knowledge shared by Xuntas,” said Alvarez, dreaming of expanding to several generations of Latina golfers in Mexico, the United States and even the Americas, the program launched almost 15 years ago by a small group of Mexican golf lovers.

“Back in 2007, when Lorena was number 1 in the world, it was very special that, as soon as she heard about our intention to back professional golfers, she made herself available with no questions,” said Rosalba Gutierrez, one of IGPM founders, along with Marina Villasana and America Leal.

“Under Lili’s direction, Xuntas has gained momentum towards a new chapter,” added Gutierrez. “I love the idea of reaching out to players at an early age and incorporate them to a bigger golfing community, including professional and college golfers”.

Xuntas is currently supporting 14 active players in the LPGA Tour (2), Epson Tour (8) and Women’s All Pro Tour (WAPT) with financial aid and resources, such us paying for caddies and tournament registrations, renting accommodations, and securing physical therapy and mental coaching.

There are also two dozen Mexican women professionals retired, teaching, coaching, or working in the golf industry who participate at different levels in this community. And as part of the new expansion, Xuntas has started reaching out to the more than 60 Mexican amateurs playing college golf in the United States.

“We are going to get there Xuntas [together] with all our professionals and we will keep supporting all our golfers,” said Lorena Ochoa, still setting an example for golfers of all ages in Mexico.

“Whether I make it or not, I want to stay involved in the future and give back to the Mexican players the same way they have done for me,” said Ana Paula Valdes, getting ready to go back to the Epson Tour Q-School in a few weeks and benefit again from the support and guidance of Xuntas.