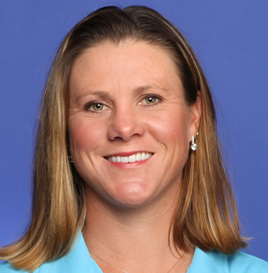 5’5”...Started playing golf at the age of 13...Credits her parents Bevan and Judy for their great support and love, as well as her brother Steve, who she says is “the best that I could ask for”...Inducted into the New Mexico State University/Citizen’s Bank Athletics Hall of Fame in 2004…Hobbies include exercise, baking, drinking wine and hanging out with friends...Qualified for the Tour on her first attempt...Involved in “Women Tee Up for Cancer’ event, raising money for cancer-screening machines at local hospitals…Has her own Web site, www.ajeathorne.com.

Amateur
Eathorne was the Canadian Ladies Amateur champion in 1997 and the British Columbia Ladies Amateur champion from 1995-97. She was a member of the New Mexico State University golf team and was ranked fifth during the 1998 season. She was the Diet Coke Roadrunner Invitational medalist and received First-Team All-America honors from the National Golf Coaches Association from 1997-98.
5
Leaderboard