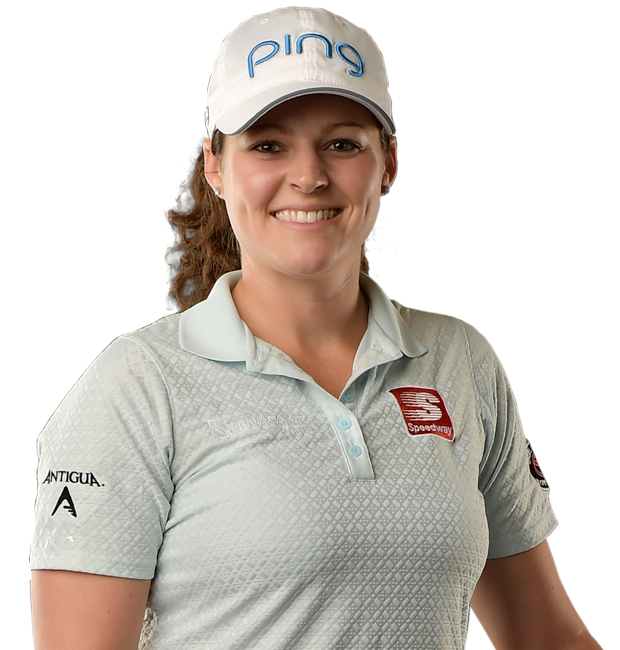 5'6"...Ewing started playing golf competitively when she was 10...Credits her family and Stanley Ramey (course superintendent) as having the most influence on her career...Hobbies include singing and any competitive.