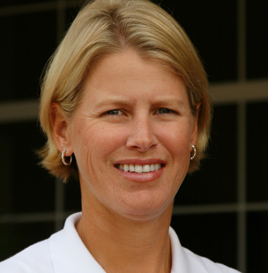 5’7”...Started playing golf at the age of 10...Credits her parents, Bobby Bray, Mic Potter, John Wylie and Andrew Price as the individuals most influencing her career...Has two brothers: Andrew and Adam Price...Married Michael Bunch on Aug. 1, 1998...Competed as Ashli Price-Bunch in 1999...Gave birth to daughter Gracie Shea in 2005, and son Jake Michael in 2007…Hobbies include many sports and spending time on the lake near her home...Qualified for the Tour on her second attempt.


Amateur
Bunch was the 1992 Tennessee Secondary School Athletic Association State High School champion and the 1996 Tennessee Women’s State Amateur runner-up. She participated in three U.S. Women’s Amateur Championships. She was a member of the Furman University golf team, where she participated in four NCAA Championships, collected 14 top-10 finishes and was the 1997 Southern Conference Player of the Year.