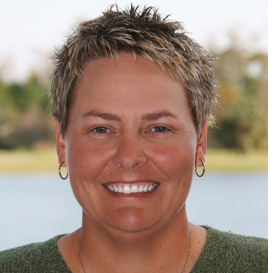 5’6”...Started playing golf at the age of 12...Has two sisters, Dana and Megan, and one brother, Jared...Credits Craig Shankland, her parents and grandmothers as the individuals most influencing her career...Enjoys fishing, camping and hiking...After eight attempts at LPGA Qualifying Tournaments, qualified for the LPGA Tour by placing third on the 1999 Futures Tour money list.

Amateur
Burks began her golf career in Arkansas, where she won the Arkansas State Stroke Play Championship. While in college, she won the Iowa State Classic and placed third in the Big-Eight Championship. In 1987, she received the Joan Blumenthal Most Valuable Player Award.