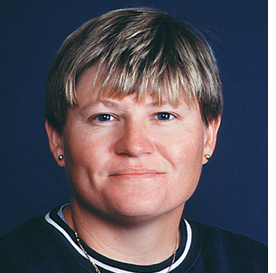 5’9”...Started playing golf at the age of 8...Credits her parents, George Clifton and Vickie Layton, as the individuals most influencing her career...Gave birth to daughter Emma in 2003...Hobbies include gambling, sports card collecting and board games.