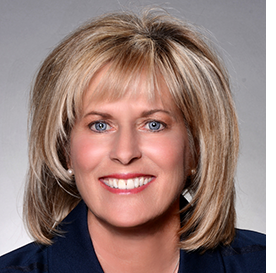 5’6”…Was Furman’s Athlete of the Year and Woman Scholar Athlete of the Year in 1977...Named South Carolina’s 1985 Professional Athlete of the Year...Received Golf Digest’s Most Improved Player Award in 1984...Received GOLF Magazine’s and Golf Illustrated’s Player of the Year Award in 1987...Won the 1987 Samaritan Award, which acknowledges humanitarian and charitable efforts by a player...Received Golf Digest’s 1989 Mickey Wright Award and 1989 Founder’s Cup...Golf World’s 1989 Player of the Year...Golf Writers Association of America’s (GWAA) 1987 Female Player of the Year...Her teachers include John Gerring and Ed Oldfield...Active in LPGA Christian Fellowship...Organized Habitat for Humanity house building projects in Phoenix, Ariz., (1993) and Charlotte, N.C., (1995) following the end of the domestic season...At the end of the 1993 and 1994 seasons, she accompanied a group of players to Romania to work with an orphan relief organization...Received the 1994 Charles Bartlett Award from the GWAA for her unselfish contributions to the betterment of society...Honored with the 1994 ESPY Award for Outstanding Women’s Golf Performer of the Year...Inducted into the LPGA Tour Hall of Fame on Nov. 11, 1995, in Reading, Pa....Recognized during the LPGA’s 50th Anniversary in 2000 as one of the LPGA’s top-50 players and teachers...In 2001, received an honorary doctorate degree from Albright College (Pa.); the national Pathfinder Award from the Indiana Sports Corporation for her commitment to youth initiatives; and the NCAA Silver Anniversary Award, which recognizes former student-athletes who have distinguished themselves since completing their college athletics careers 25 years ago...Was active in the LPGA membership’s 2001 international charity project, Drive for Life, a World Vision program...In 2004, organized a two-week auction on eBay to raise money for Habitat for Humanity and for a Women’s Professional Golf Fellowship trip to Honduras...In January 2005, traveled through Honduras on a mission trip, building safe homes for children and visiting local churches…In 2006, was instrumental in creating Golf Fore Africa, an LPGA member international charity initiative which benefits victims of genocide in Rwanda…Organized a mission trip to Rwanda with LPGA members in October 2007…In January 2008, scaled Mt. Kilimanjaro with Debbie Quesada in a Hike for Hope to raise money for Golf Fore Africa...Enjoys theater, concerts and all sports...Received the 2005 Thomas P. Infusino Award, given by the ShopRite LPGA Classic to an individual who has been instrumental in the growth and success of the tournament or has made a significant contribution to the game of golf in general.