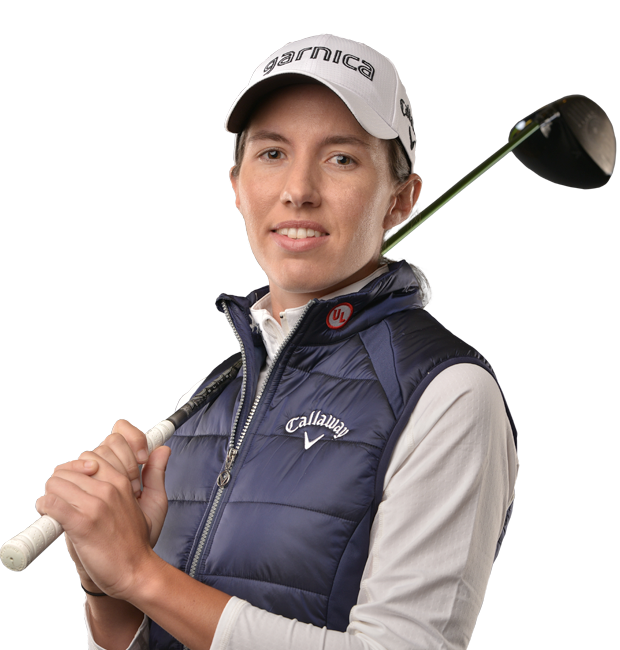 Started playing golf at age 5…Credits her dad as the person who most influenced her career…Her hobbies include playing sports, going out with friends and watching movies…Her biggest hero is Rafael Nadal because he is a great example of an athlete… Qualified for the LPGA Tour on her first attempt.