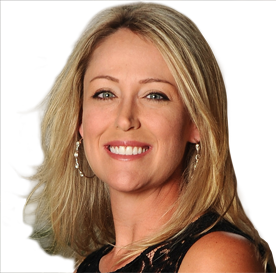 5’3-1/2”...Started playing golf at the age of 8...Credits her parents, sister, Charlie DeLucca and Jim McLean as the individuals most influencing her career...Married Erik Stevens on Dec. 9, 2006.  Has a son, Mason…Launched the “Birdies for Breast Cancer” program to raise funds to fight the disease her mother was diagnosed with in July 2003; visit www.BirdiesforBreastCancer.com for more information…In 2009, in partnership with LibertyHealth, broke ground on the The Cristie Kerr Women's Health Center, which provides detection, healing, support and recovery services to breast cancer patients...Hobbies include cooking, wine collecting, fishing, watching movies and working out…Is an aspiring Sommelier with her own wine, Curvature, the profits of which are entirely donated to breast cancer research...Qualified for the Tour on her first attempt.