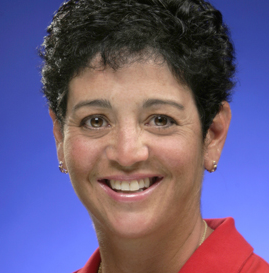 5’5”...Started playing golf at the age of 12...Credits her mother, father and Bill Cornelius as the individuals most influencing her career...Married Rod Kesling on Jan. 6, 1996...Gave birth to daughter Laura Ann Kesling in 2000, and son Denver Christian Kesling in 2004...Owns a sports bar with her father in Phoenix...Sister Dina also plays on the LPGA Tour...Inducted into the Arizona State Hall of Fame in 1997.