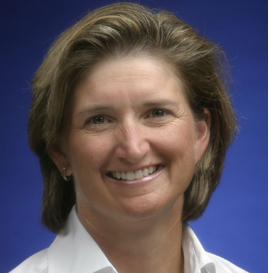 5’6”...Started playing golf at the age of 11...Credits Ron Schmedemann and teacher Peter Kostis as having most influenced her career...Inducted into the University of Florida Hall of Fame in 1994...Won the 1994 Founders Cup Award, given by Golf Digest...Received the 1996 Sports Illustrated for Kids Good Sports Award for her involvement with the Deb Richard Foundation, which she founded in 1995 to award college scholarships to physically challenged children... Honored with the 1996 Samaritan Award in recognition of her work with the Deb Richard Foundation…In 2003 and 2004, endowed the Deb Richard Foundation Scholarship Program at the University of Florida to help physically challenged children reach their potential through education...Is a member of the LPGA Executive Committee for the 2004- 06 seasons, serving as vice president in 2005...Received the 2004 Distinguished Alumnus Award from the University of Florida.

Amateur
Richard won the 1979 Kansas Junior Girls Championship, the 1979-81 Kansas Girls High School Championships and the 1982-83 Kansas Women’s Amateurs. She was the 1984 U.S. Women’s Amateur champion and captured the low individual honors in the World Cup Championship in Hong Kong. At the University of Florida, Richard won seven tournaments and was the runner-up at the 1985 NCAA Championship. She received the Broderick Award as the outstanding female collegiate golfer in 1985. She was named an NCAA All-American from 1983-85. She qualified for the U.S. Women’s Open from 1982-84 as an amateur and was low amateur at the 1985 Nabisco Dinah Shore.