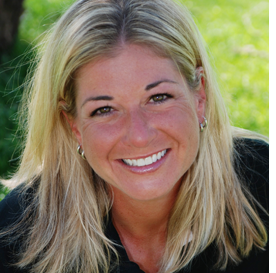 5’7”...Started playing golf at the age of 13...Credits Jennifer Shilington, David Glenz and her parents Anthony and Barbara D’Alessio as the individuals most influencing her career...Has five half-brothers: Joe, Pat, Bart, Tom and John...Majored in history at Furman University with a concentration in women’s studies...Enjoys movies, mountain biking and watching all sports...Qualified for the Tour on her second attempt...Teamed with Endo Pharmaceuticals and the National Headache Foundation in the PARtnering Against Menstrual Migraine campaign.

Amateur
In 1994, D’Alessio was the New Jersey State Amateur champion and Women’s Metropolitan Golf Association (WMGA) Stroke Play champion, a title she captured again from 1995-96. She was named the WMGA Player of the Year from 1995-96. While at Furman University, D’Alessio was named the 1997 Most Valuable Player for the women’s golf team, earned 1997 Southern Conference champion honors and recorded seven top-10 finishes.