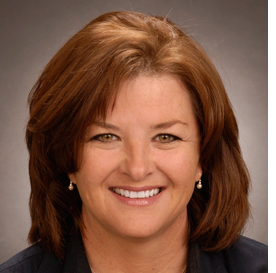 5’4”...Credits her parents Alice and Bill Anderson as the individuals most influencing her career...Was a member of the LPGA Executive Committee from 1994-97 and from 2000-02, serving as President for 2001 and 2002...Maiden name is Anderson...Retired from full-time play at the end of 2003...Currently President of the LPGA Tournament Owners Association...Member of the Legends Tour...Elected to the Manitoba Golf Hall of Fame in 2008...Enjoys commentating LPGA events, interior design, cycling, antiquing, sprint triathlons and hanging out with George, her 7 pound Maltese.