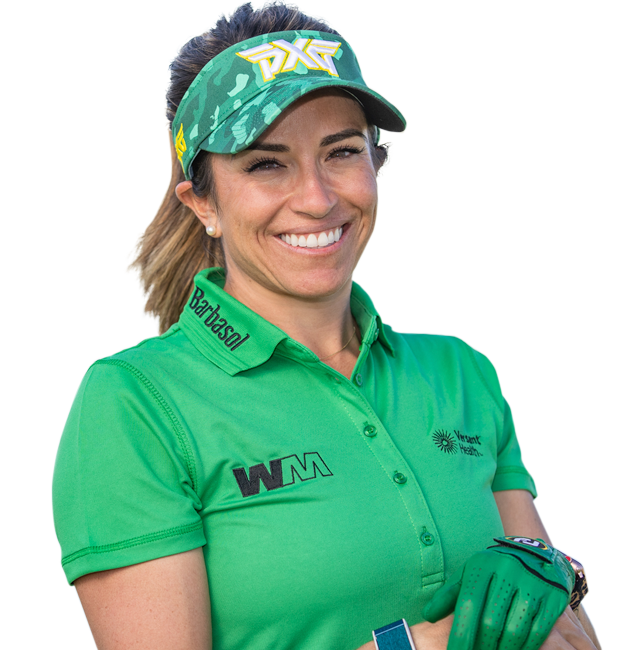 5'7''...Started playing golf at the age of 15...Credits her parents and Becky Robertson as the individuals who influenced her career the most...Hobbies include Rock Band, Guitar Hero, dancing and spending time with her family.