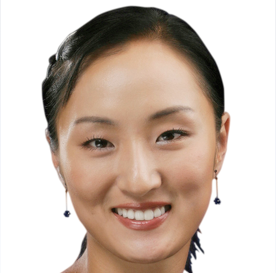 5’6”...Started playing golf at the age of 8...Has two siblings: Young Sik and Lisa...Credits her father as the individual most influencing her career...Graduated from Ewha Women’s University in Seoul, South Korea, in February 2003...Served as a non-voting member of the 2004 LPGA Tour Player Executive Committee...Enjoys shopping and listening to music.