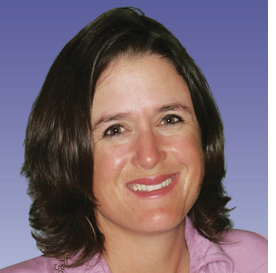 5’1”...Started playing golf at the age of 15 with a set of aluminum-shafted PGA Contessas that her uncle bought at a tag sale…Started taking lessons in college from her husband Raymond Howell…Graduated cum laude from Yale University...Also attended Oxford University in England in 1990...Was the head coach for the women’s golf team at Yale University from 1997-2000 and was assistant coach through 2003…A member of the LPGA Player Executive Committee from 2003-06, serving as president for the 2005-06 seasons...Gave birth to daughter Hannah Daly Howell in 2006…Hobbies include trying new recipes, gardening, spending time with my family and nature-walking with her daughter…Has three sisters, a brother, five nephews and a niece…Qualified for the Tour on her fifth attempt.