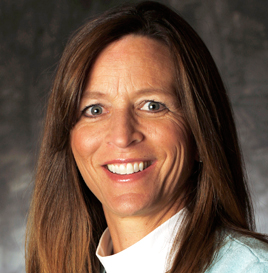 5’5”...Started playing golf at the age of 5...Credits her father Jim and husband Eddie as the individuals most influencing her career...Her brother Jim Gallagher is a five-time winner on the PGA Tour, making Jackie and Jim one of two brother-sister combinations to win on the LPGA and PGA Tours (joining Cathy Gerring and Bill Kratzert)...Married Eddie Smith on May 30, 1992...Gave birth to her son O’Connor in 2005, and son Sullivan in 2007…Hobbies include Bible study, singing, cooking and being a mom.