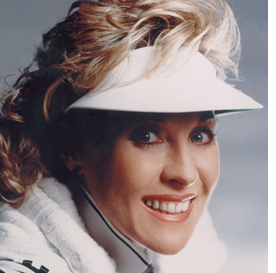 Jan began her pro career on the Australian LPGA circuit where she won four events. She designs golf courses and was honored among GOLF Magazine’s “100 Heroes” during the 1988 Centennial of Golf in America celebration Jan was also recognized during the LPGA’s 50th Anniversary in 2000 as one of the LPGA’s top-50 players and teachers She was the honorary chairman of the National Multiple Sclerosis Society (Tri Cities of Texas Chapter). Jan has produced an exercise video for people who have arthritis and more than 100,000 copies of her golf video have been sold.

Jan works extensively with many charities, including “Jan for Juniors,” a non-profit organization which offers opportunities for the top two Australian female junior golfers to travel to the United States and experience an LPGA Tour event. She has appeared on the ESPN trivia show “2-Minute Drill” on Sept. 28, 2001. Jan represents Lady Razor and the Jan Stephenson Signature Series, as well as her own line of jewelry, clothing and wine. In 2010, she competed as a contestant on the Australian version of, “Dancing With The Stars”.

Revered as one of the most well-known and influential women in professional sports.

She is expanding her reach by forming a company in Australia, "Jan Stephenson Events” to bring these great performers to her home country of Australia.

Jan’s love for fine wine has prompted her to develop her own line of Jan Stephenson Signature Series Wines. Her winery is in Paso Robles, California. Jan has taken a “hands on” approach to wine making. She makes frequent visits to the winery and during harvest actually gets into the vineyard and harvests grapes, crushes, and supervises all aspects of the wine making process. Jan’s winemaker, Chris Cameron is also from her home country of Australia. Chris has been recognized as winemaker extraordinaire by many wine rating groups. Jan is currently producing, Cabernet Sauvignon, Reserve Cabernet Sauvignon, Chardonnay and a very fine Merlot. Enjoy!

Amateur New South Wales (NSW), Australia, was Stephenson's domain in the 1960s and early 1970s. She captured the first of five consecutive New South Wales Schoolgirl Championship titles in 1964 and continued to win the NSW Junior from 1969-72. A two-time winner of the NSW Amateur, Stephenson was named the 1971 NSW Athlete of the Year. Her amateur credentials also include three Australian Junior titles.