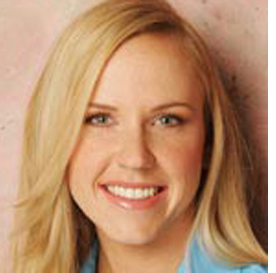 5’5”...Started playing golf at the age of 12...Credits her father, who started her in golf and was her first teacher, as the individual most influencing her career...Three-time Mary Roby Award winner at the University of Arizona and the 2000 Marilynn Smith Award winner...Hobbies include volleyball, weightlifting, swimming, bike riding and tennis...Qualified for the Tour on her first attempt.

Amateur
Daniels’ lengthy amateur record includes two wins on the American Junior Golf Association (AJGA) circuit and being named First- Team All-State for California in 1996. She was a member of the Canon Cup Team and a two-time Junior America’s Cup member in 1994 and 1996. Daniels was a quarterfinalist at the 1997 U.S. Women’s Amateur Championship, the low qualifier for the 1999 U.S. Women’s Amateur Public Links Championship and a quarterfinalist at the 2000 U.S. Women’s Amateur Public Links Championship. Daniels was a two-time California State Amateur champion (1998-99). While at the University of Arizona, she was the Pac-10 champion in 1998, NCAA West Regional champion in 1999 and NCAA champion in 2000. Daniels was named NCAA Player of the Year in 2000 and recorded the lowest scoring average in NCAA history (71.70), which was broken by Lorena Ochoa in 2002. She was a three-time All-American (1998-2000) and was the Honda Award recipient in 2000.
Tournaments
Pelican Women’s Championship Belleair, Florida
CME Group Tour Championship Naples, FL
Top Stories