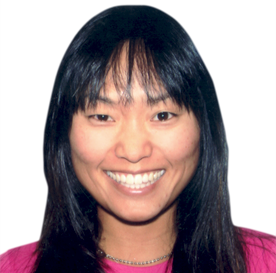 5’6”...Started playing golf at the age of 13...Credits God, her mother, her brother David and her grandmother for most influencing her career...Hobbies include working out, jogging, playing the flute, listening to music, talking on the phone, eating and playing with her dog Angel...Qualified for the Tour on her first attempt.

Amateur
Kang had an extensive and impressive amateur career that began with an American Junior Golf Association (AJGA) Rolex All-American selection in 1996. She was an AJGA Rolex All-American honorable mention selection in 1999, the same year she was named the Pacific Northwest Golf Association (PNGA) Amateur Player of the Year. In 1998, she was the PNGA Junior Player of the Year and won titles at the Orange Bowl International Junior Golf Championships, the PING Junior Championships and the Polo Golf Junior Championships. In 1999, Kang won the WIAA state and district championships, the Washington Women’s Amateur Championship and was the runner-up at the U.S. Women’s Amateur Championship. She qualified to play in the 1999 SAFECO Classic in Kent, Wash., and threw out the first pitch at a Seattle Mariners game at SAFECO Field during tournament week. As a freshman at Arizona State University, she was a Second-Team All-Pac-10 selection for the 2000-01 season and earned First-Team All-Pac-10 honors the following year after winning the 2002 Pac-10 Championship. She also won the 2001 New Mexico State Intercollegiate and recorded 10 top-10 finishes in two years of college competition. In 2001, she won the PNGA Women’s Amateur Championship. She was a National Golf Coaches Association (NGCA) First-Team All-American for the 2001-02 season and played on the West All-Regional Team from 2001-02.