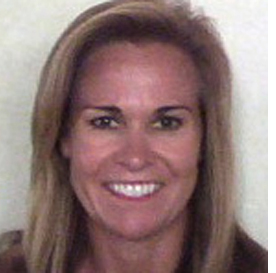 5’4”, brown hair, brown eyes...Credits her family as the individuals most influencing her career.

Amateur
Pitcock was the 1983 California State Junior champion. The following year, she won the Optimist Junior World Championship. She was an American Junior Golf Association (AJGA) All-American from 1984-85. With a tie for 14th, Pitcock was the low amateur at the 1986 U.S. Women’s Open.