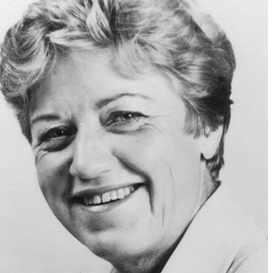 5’7”...Credits Gordon Jenkins, John Hoetmer, the late Gardner Dickinson and Sam Snead as the individuals most influencing her career...Winner of the 1981 Bob Jones Award, the 1982-83 Seagrams Seven Crowns of Sport Award and the Golf Writers Association of America Player of the Year Award in 1982-83...Was the 10th woman to be inducted into the LPGA Tour and World Golf Halls of Fame in 1982...Honored among GOLF Magazine’s “100 Heroes” during 1988 Centennial of Golf in America celebration...Received the 1991 Metropolitan Golf Writers Association’s Gold Tee Award...Recognized during the LPGA’s 50th Anniversary in 2000 as one of the LPGA’s top-50 players and teachers...A Golf Digest playing editor...Received the 2003 Eagle Award from the LPGA Teaching and Club Professional (T&CP) Southeast Section membership...Enjoys snorkeling, fishing and yachting.