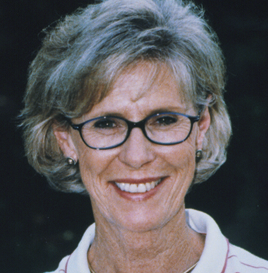 5’3”...Started playing golf at the age of 6 under the guidance of her father Paul and has received instruction from Eddie Held, Bob Greene and Bob Toski...Married Yippy Rankin in June 1967...Maiden name is Torluemke...Played as Judy Torluemke from 1962-67 and as Judy Torluemke Rankin from 1968-73...Son Tuey played football at Texas Tech and coaches high school football and baseball in Lubbock, Texas...Commentates for ABC Sports, ESPN and ESPN2, is a professional adviser for Golf Digest magazine and is a LPGA Hall of Fame Editor for Golf For Women magazine...Winner of the 1976-77 Seagrams Seven Crowns of Sports Award...Named Golf Writers Association of America (GWAA) Female Player of the Year from 1976-77...A former LPGA board member and 1976-77 president of the LPGA...Inducted into the Texas Golf Hall of Fame in 1987...In 1993, was inducted into the All-American Collegiate Golf Hall of Fame...Inducted into the Texas Sports Hall of Fame on Jan. 27, 1999...Awarded the GWAA’s 1999 William H. Richardson Award...Awarded the 1999 Patty Berg Award and the PGA of America’s 1999 First Lady of Golf Award...Recognized during the LPGA’s 50th Anniversary in 2000 as one of the LPGA’s top-50 players and teachers...In 2000, was inducted into the Texas Women’s Hall of Fame and received the United States Sports Academy’s Distinguished Service Award...Received the 2001 Dave Marr Memorial Award from the Shell Oil Company…Received the 2002 Bobby Jones Award from the USGA…In 2007, received the Ben Hogan Award for her comeback to the game of golf after recovering from breast cancer and was the recipient of the LPGA Komen Award…In 2008, was honored with the Linc Werden Golf Journalism Award from the Metropolitan Golf Writers Association (MGWA).