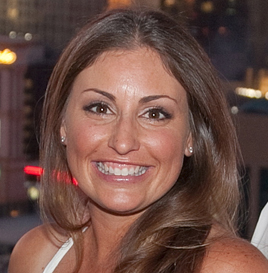 5’3”...Started playing golf at the age of 10...Credits her brothers Trip and Hank as the individuals most influencing her career...Hobbies include spending time outdoors, fishing, being with her friends, family and dogs Lexi Lou and Stubbs, promoting education and awareness for juvenile diabetes and most of all, hanging out in Texas...Is a spokesperson for Juvenile Diabetes Research Foundation (JDRF)...Winner of the 2000 Daytona Beach (Fla.) Kiwanis Foundation Humanitarian of the Year Award...Qualified for the Tour on her first attempt.