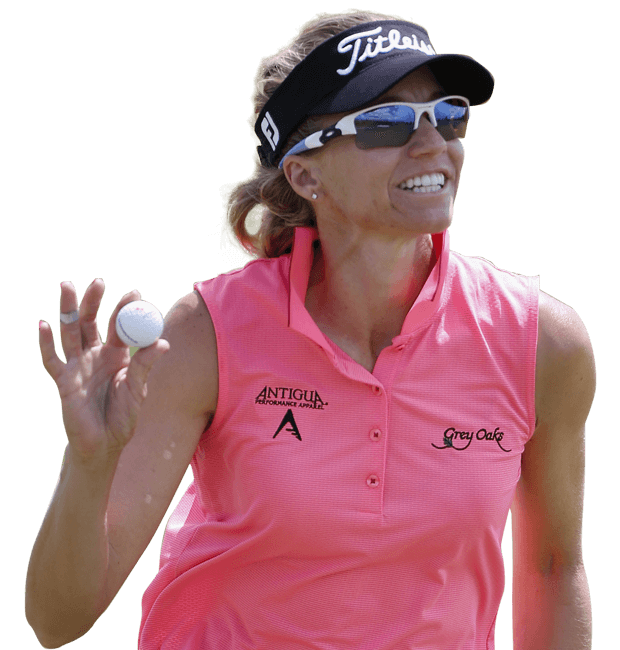 5'7"; Started playing golf at the age of 3...Credits her parents as the individuals most influencing her career...Hobbies include shopping, home improvements, watching the Golden Girls in syndication and whistling. Qualified for the Tour on her second attempt.