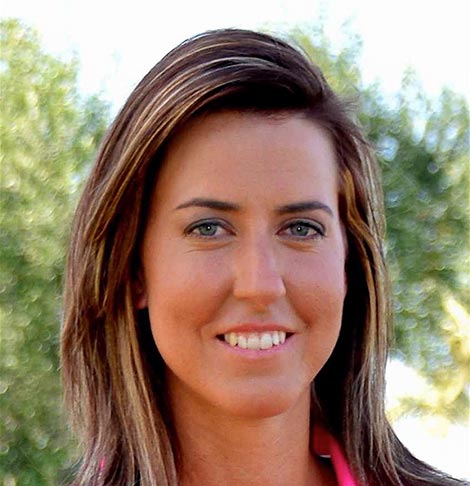 5'9"...Started playing golf at the age of 9...Credits her family, especially her father Oscar, as the individuals most influencing her career...Hobbies include tennis, film and music...Qualified for the Tour on her first attempt...Has her own Web site, www.louisestahle.com.

Stahle was a member of the Swedish National Team from 2001-05. In 2002, she won the French Open Amateur Championship and was a member of the 2002 and 2003 PING Junior European Solheim Cup Teams. Stahle was the first Swede to win the Ladies British Open Amateur (2004) and became the first player in 30 years to successfully defend the title when she won again in 2005. In 2004, she also was awarded the St. Rule Trophy for a 10-under-par outing on St. Andrews Old and New courses, as well as the Beirut Caf Ladies Trophy. Stahle tied for ninth individually at the Women's World Amateur Championships in Puerto Rico and Sweden went on to win the team title. Before she began her career at Arizona State University (ASU), Stahle was named preseason Second-Team All-American by Golfweek. As a freshman at ASU (2004-05), Stahle had three collegiate victories, including the Pac-10 Championship and Wildcat Invitational (her first collegiate win), where she tied the school record for lowest round in relation to par with a 6-under-par 64 in the first round.mIn 2005, she was named the National Golf Coaches Association (NGCA) Eleanor Dudley Division I Player of the Year, NGCA Freshman of the Year, First-Team All-American and All-American Scholar. She was a GolfStat Cup recipient, Pac-10 Golfer of the Year and Freshman of the Year and a NCAA First-Team selection. Stahle also competed in the Weetabix Women's British Open in 2004 (T42) and 2005 (T8) and the 2005 Safeway International Presented by Coca-Cola (T37).