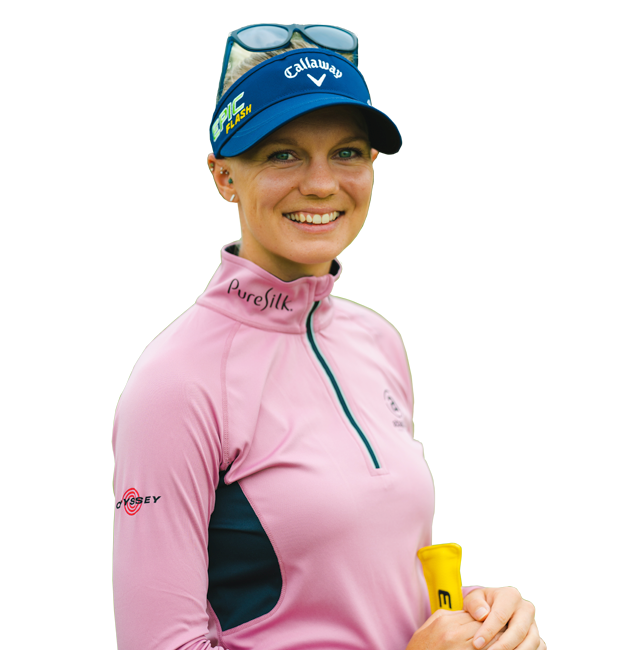 5'9"...Sagstrom started playing golf at the age of 11 years old.  She also enjoys working out, reading and hanging out with friends.