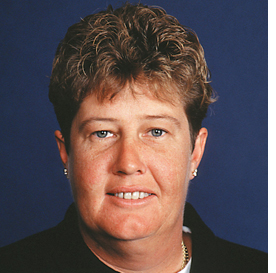 5’11”…Started playing golf at the age of 12...Credits her parents as the individuals most influencing her career...Hobbies include basketball, snooker and all sports...Sister Karen played on the LPGA Tour and is a member of the Ladies European Tour...Qualified for the LPGA Tour on her first attempt.