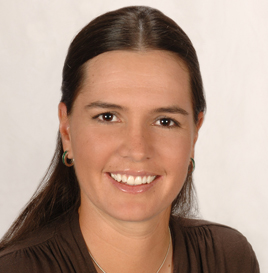 5’4”...Started playing golf at the age of 6...Credits her parents as the individuals most influencing her career...Married Juan Aristizabal on Feb. 5, 2005…Has two sisters…Enjoys reading historical novels...Qualified for the Tour on her first attempt…Hosts an event in Miami, Fla., raising money for children in Colombia.