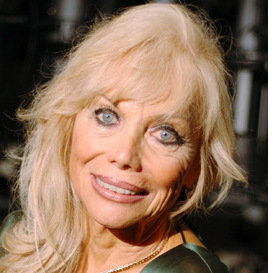 Marlene Hagge and sister Alice Bauer got an early start in golf at age 3, thanks to golf pro father, Dave Bauer. In fact, their father billed them as “The Bauer Sisters” in golf exhibitions around the country in the mid-1940s.

She also made the tournament cut that year at the 1947 U.S. Women’s Open Championship, finishing eighth. The petite blonde went on to win the U.S. Girls’ Junior Championship, and at age 15, was named the 1949 Associated Press Athlete of the Year, Golfer of the Year and Teenager of the Year.

So it was no surprise that just before her 16th birthday, she joined the LPGA Tour in 1950 to launch her professional career. She won her first professional title at the 1952 Sarasota Open. By 1956, Bauer led the tour in earnings with nine runner-up finishes and eight tournament wins, including the 1956 LPGA Championship, which she won in a playoff against fellow LPGA founding member Patty Berg.

Bauer’s final season on the LPGA Tour was in 1996, when she competed in four tournaments, placing sixth at the Sprint Titleholders Senior Challenge. She played in that event one last time in 1997, once again finishing in the top 10 to place ninth in her final LPGA tournament appearance.

From 1952-1972, Bauer recorded 26 victories and was voted into the LPGA and World Golf Halls of Fame in 2002, through the Veteran’s Category ballot. One of the 13 founding members of the LPGA, Bauer will long be recognized for her longevity, playing in each of the LPGA Tour’s first five decades. The petite blonde will also be remembered as the player who brought a splash of California glamour to the LPGA Tour.