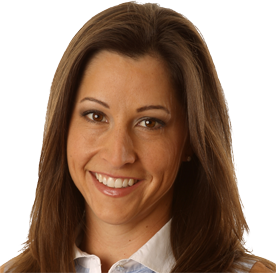 5’8”...Started playing golf at the age of 3...Credits her parents as the individuals most influencing her career...Her brother, Brock, plays on the Nationwide Tour and is a former Walker Cup participant...Hobbies include watching sports and reading.