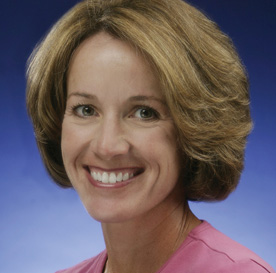 5’2”...Started playing golf at the age of 17 after a career in figure skating...Credits her parents, family, Bob Toski and Bob Menne as the individuals most influencing her career...Married Chip Johnson on April 23, 2004…Qualified for the Tour on her sixth attempt.